Google Play is suffering from an epidemic of fake reviews as numerous top-downloaded apps – including Gmail, Chrome, Messenger, WhatsApp, Firefox and more – are getting inundated with heaps of what appears to be spammy five-star ratings.

Following reports that WhatsApp had suddenly stacked tons of suspicious positive ratings, TNW was tipped off that a slew of other popular apps have also registered a bevy of evidently fake five-star reviews in recent weeks.

While the total magnitude of the fake reviews remains unclear, one peculiar detail they share is that all of them wrongly refer to ‘games’ and other game-related features like winning bonuses and so on.

According to data collected from intelligence firm AppAnnie, apps like Gmail, Chrome, Messenger and Firefox have all received close to 5,000 suspicious positive reviews referencing ‘games’ since February 2017.

Interestingly, all of the previously mentioned apps appear to have received approximately the same number of fake reviews for the period between January 1 and March 27, marking a significant spike during March.

What makes this unusual occurrence even more suspicious is that fake reviews tend to be rather expensive on Google Play, with each review costing $1 on average.

As someone pointed out on Reddit last week, one possible scenario is that fake reviewers are sending review bots to rate popular apps in an effort to improve their own credibility. Still, this is all merely a speculation for now.

As our attempts to replicate the issue in Apple’s App Store revealed, the suspicious activity seems to be limited solely to the Play Store: 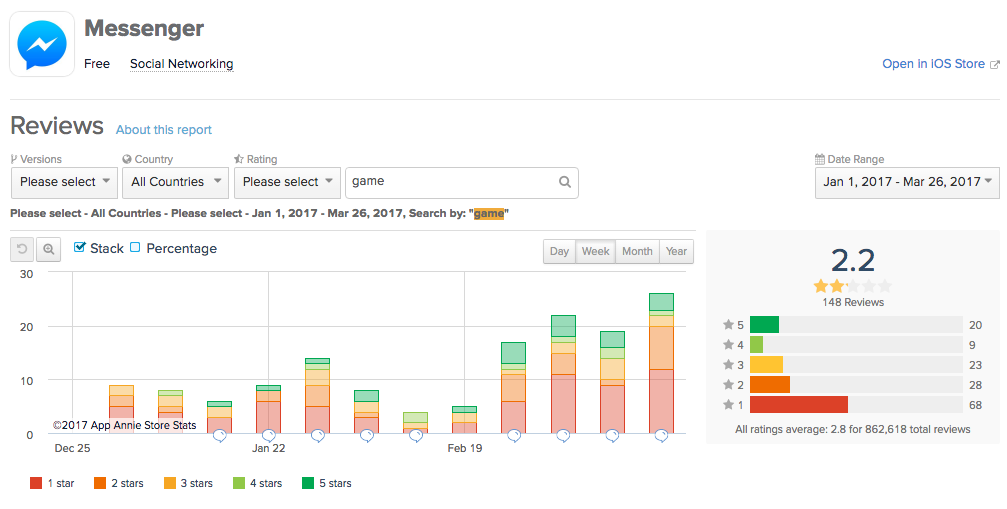 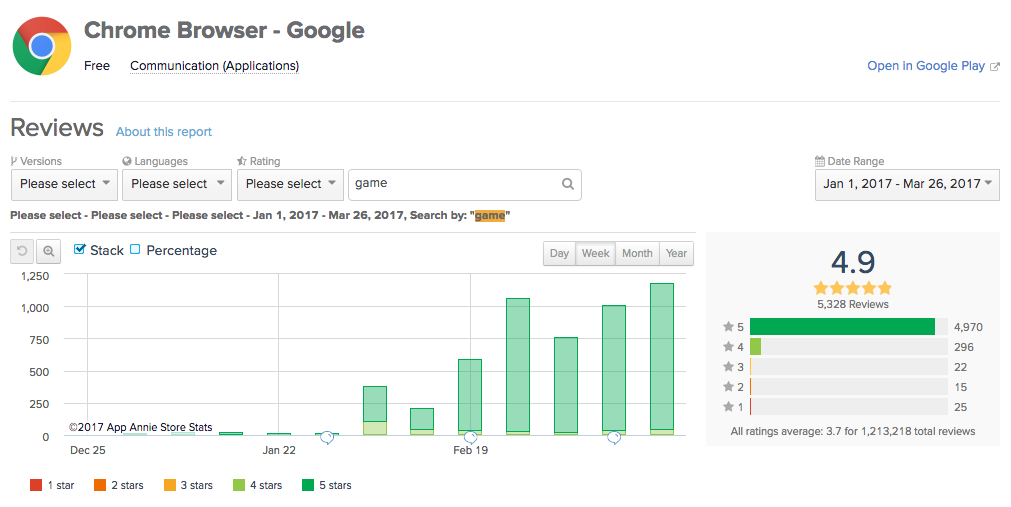 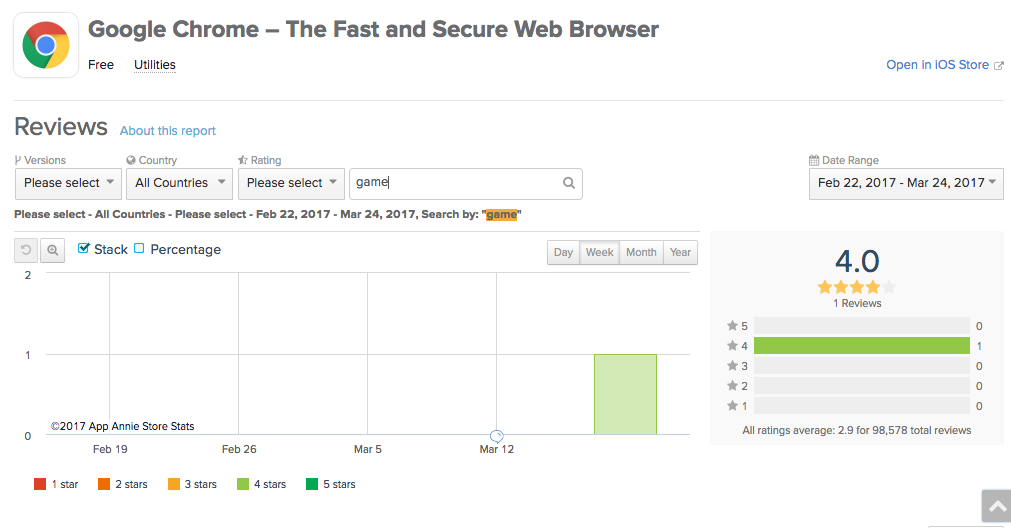 Following our report from last week, TNW reached out for further comment to both WhatsApp and AppAnnie.

While WhatsApp denied any involvement, it noted its team has contacted Google for more information. AppAnnie confirmed its data is indeed authentic, but stopped short of pointing any fingers when it came to who might be doctoring the reviews.

We’ve notified Google about the suspicious five-star reviews and will update this piece accordingly if we hear back.