Glow, a data science company aimed at helping promote preventative medicine, has launched a new offering for the workspace. Called Glow for Enterprise, this program aims to help women track their fertile health better with the support of their employers. It has already won the backing of two notable companies: Evernote and Eventbrite. 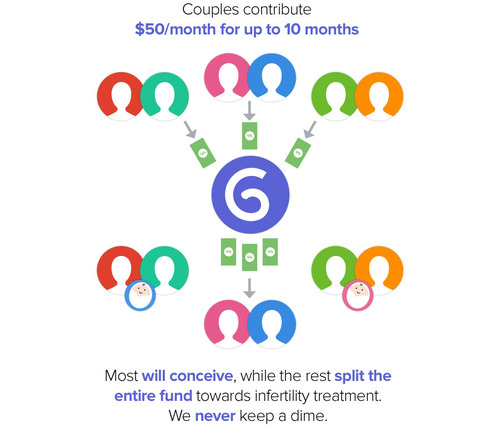 When the company launched in August, it set out on a mission to improve the healthcare space, starting with infertility. Co-founder Max Levchin told us that in the US, there are many states that deem fertility treatments to be elective and therefore not eligible for coverage by insurance carriers. If a woman opts for it, they may have to pay between thousands to tens of thousands of dollars — it’s not cheap.

Glow for Enterprise is a benefit program for employees to encourage them to focus on their reproductive health without the stress of having to pay for IVF treatments. Instead, the costs will be covered by their employers through the Glow First fund. Previously, users could opt-in for the program and pay $50 per month for 10 months into a pool. At the end of the term, those women who were unable to conceive would split the pot evenly and use that towards fertility treatments.

In October, the company selected the first group of women that elected to participate in the program. It’s too early to analyze the results

With companies now participating in the program, women need not pay their share of the Glow First out of their pocket. And enrolling is easy to do without having to notify anyone of your participation. Jennifer Tye, Glow’s head of marketing, tells us that within the app, users tell the service that they’re trying to get pregnant. Then they opt into Glow First by providing their work email address, which will send them a verification message, or a photo of their most recent pay stub. Of course, users can still choose to go the self-funded route if they so choose.

But what about user privacy? Glow’s CEO Mike Huang tells us that this is something the company takes very seriously. Employers enrolled in the program will not be provided specific information on individuals. Rather, they will be given periodic and aggregate reports to highlight participation rates.

As the program kicks-off, Glow has partnered with two described “progressive and relevant companies”: Eventbrite and Evernote. Huang says that these companies have a mutual interest with Glow — they all have a vision to help employees take care of their health. In doing so, it will be beneficial to the company. Tye agreed with that, saying that by showing support for women’s health, it can be used as a great retention and recruiting tool.  And while Glow is announcing two companies today, other companies are “ready to go”.

While Glow is available for iOS and Android devices worldwide, participation in Glow for Enterprise is currently limited to those US-based companies..