General Assembly, one of the 5 coolest coworking spaces in New York City, has long offered an impressive set of classes to its community. And in part a promotion for GA’s brand-new online program, Fundamentals of Entrepreneurship, the team has created a truly impressive video series.

Getting advice from such big names in the industry is a priceless opportunity for young founders, designers and developers. If you’re at all interested in the business of changing the world and making a lot of money, you’ll probably want to check out the whole series via the link below (and then go make something amazing).

While you’re at it, definitely take a peek at General Assembly’s upcoming online class. It’s sure to fill up quickly, so you’re best bet is to put your name in before everyone else does.

“Turn your coffeeshop conversations into a company people love.” 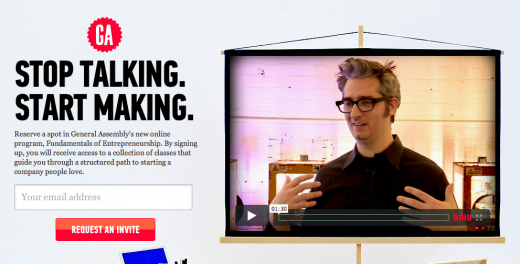