This article was published on December 31, 2015

If you’re a frequent Facebook user, you’ll come to recognize the morning routine of launching the app on your phone or logging on to the website, only to be greeted with memories from this day many years ago. Today’s memory, however, is a little bit off the timelines.

Many users are noticing that Facebook is sending out congratulations for 46 years of friendship between them and a random friend. Facebook launched in 2004. 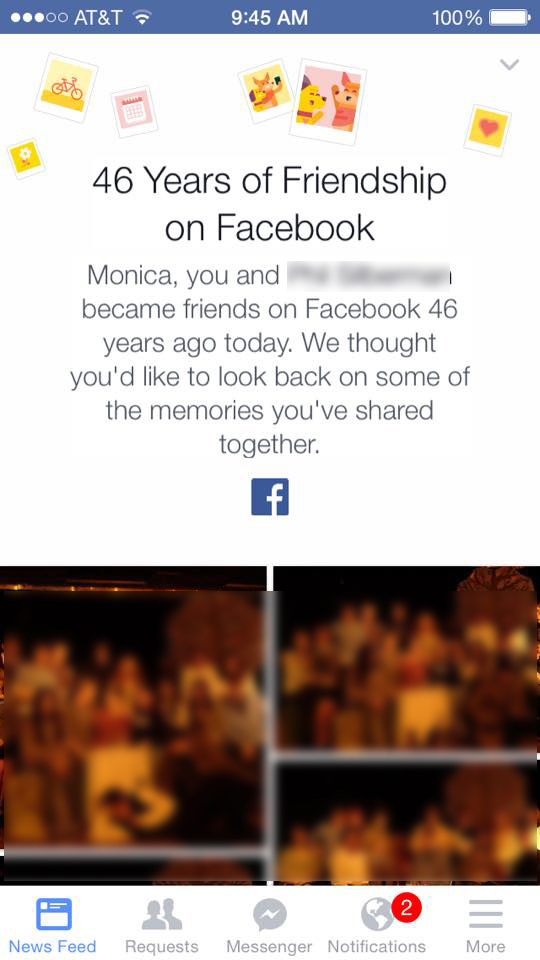 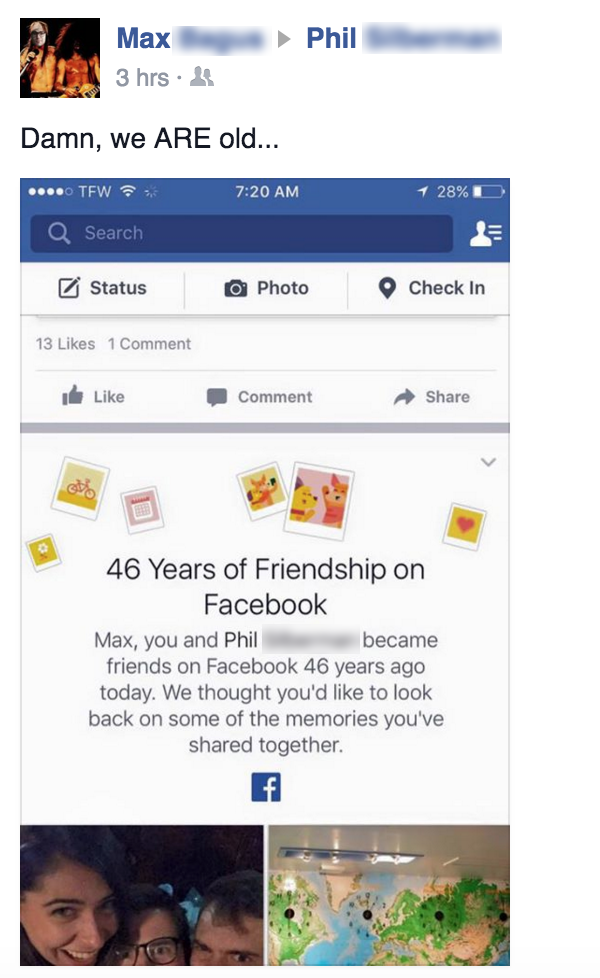 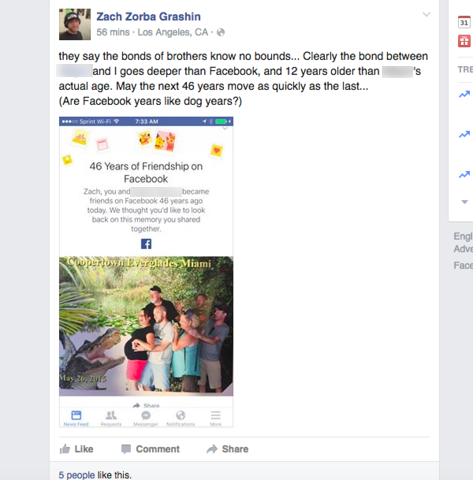 While you can change your birth year to make yourself aged 46 or older, you cannot change the date you joined Facebook or when you became friends with another user, so it looks like Facebook is experience its own form of Y2K this New Year’s Eve. If you’re seeing this glitch, you’re not alone!

December 31, 1969 is a common bug in tech as it refers the Unix epoch date. The standard Unix date is midnight at January 1st, 1970, so depending on your time zone when the bug hits, computers may often interpret your current date as December 31 of ’69.