Are you a would-be founder looking for the right industry to build, grow, and scale? Are you an engineer looking for a new challenge? Do the words ‘earth observation’ and ‘geospatial data’ get you going? Then SpaceTech might be the next frontier for you.

In the past, space was dominated by missions run by big space players, the US, Russia, and China. But the EU has set its sights to the skies, announcing a 20% increase in the European Space Agency’s budget at the end of 2021 — the largest the agency has seen in 25 years. Meanwhile, its upcoming ExoMars and JUICE missions are set to explore the mysteries of the red planet, Jupiter and three of its icy moons.

Here are some of the hottest and fastest-growing areas within the EU’s SpaceTech industry at the moment:

“Space technology will be the basis of an unprecedented transformation of humankind that we will witness this century — namely, humans settling on other worlds for the first time in history. Europe must be at the forefront of these efforts, and this can only be achieved with a vibrant, powerful space tech ecosystem,” said Zdravko Dimitrov, CEO of Sfera Technologies.

However, much like the transition to EVs, we won’t be able to access the full benefits of space technology without building up the necessary infrastructure. As Dimitrov explained:

Space infrastructure makes it possible for a much broader user base to tap into the benefits of space — from data to hardware or services — thus making the space industry much easier to integrate with the rest of the global economy.

Earth observation data promises to provide a new economic boom in terms of business creation, revenue, and job growth. According to a recent survey, in 2020 the EU’s Earth Observation industry experienced a 24% growth in the number of companies, a 24% increase in revenue, and a 17% rise in employees, compared to 2019.

But many businesses still lack the skills and resources to take advantage of this growing opportunity.

However, he offered one important caveat. While the push to make earth observation data more widely available will stimulate business growth and address the impact of climate change here on Earth, we cannot ignore the buildup of pollution in space.

Space debris is putting current missions and human lives at risk in low earth orbits, and if nothing concrete is done, we can reach a point of no return, limiting access to space for current and new players in the industry. Even though the problem is well known, many players in the industry still think space is too big and are not willing to take concrete actions toward space pollution.

Luckily, as Martinez explained, the EU and ESA are committing more resources to tackle the problem. ESFERATROS in particular is working on non-invasive solutions to mitigate space debris.

A long term vision for the future

“Personally, as a co-founder of a European space startup, I can see that the European space sector has stepped up its game on the global space map. The new iteration of the EU Space Programme of €14.8 billion strives to strengthen European strategic autonomy, security, and its role in the space sector. With the introduction of the GOVSATCOM initiative and the Space Situational Awareness program, there is a huge potential for the development of the new upstream and downstream markets, and an increased European presence in the space sector,” said Artem Axelrod, COO at Mission Space.

However, he admitted that as a co-founder of a startup that represents the newly established SSA program, specifically space weather monitoring and prediction, he faced a lot of challenges securing funding.

Mission Space set up a satellite-based space weather intelligence system. Its solution can detect, predict, and gain advanced warning of solar storms and space radiation risks. Solar storms have the potential to short the circuitry on satellites and disrupt telecommunications infrastructure and power grids. For any government or business sending equipment or missions into space, this could cost major sums in damaged equipment, not to mention the danger astronauts could face. According to Axelrod:

Since the space weather market is still emerging, and we are one of the first ones to operate in that market, corporate investors do not see an immediate return, and, rather than focusing on the bigger picture and long term investment to boost the development of the EU’s newly established SSA program, they prefer to pass and look for companies that operate in a more understandable market segment for them.

Nevertheless, Axelrod shared that there is huge support from various state-based and corporate-based accelerators and programs, such as:

“With their help, we at Mission Space were able to close our pre-seed round of €250,000, book our first flight for January 2023, close contracts worth €1.5 million, and become eligible to apply for the €150,000 non-equity grant from the Luxembourg Ministry of Economy,” Axelrod said.

One thing that will be essential to driving down costs for SpaceTechs will be innovation in material design and components. Indeed, components are one of the biggest costs a SpaceTech startup might encounter. That’s where innovation is continuously needed to build materials that are cheaper, more efficient, and scalable for a growing market.

For Bögel, one of the biggest advantages of being a SpaceTech firm is the funding programs being sponsored by the bloc, and the collaboration opportunities with businesses and universities.

We are extremely excited that the EU is now providing more and more funding for ambitious space projects, especially for startups. For example, through the Horizon 2020 program or external projects. A prime example of this is the MEESST project, a collaborative research project made up of startups/SMEs and academia, all funded under Horizon 2020.

SpaceTech startups are also helping to create safer materials. Engineering service provider ADOTT solutions specializes in designing products that can be used in explosive atmospheres. In particular, the use of electric batteries and x-ray shielding has a higher risk of causing fires or explosions in space. As Endre Surinya, Head of R&D explained:

There is a boom in the number of satellites around the Earth, and these satellites use batteries as an energy source. However, the safety of lithium batteries is below expectations, and the more batteries there are, the greater the risk of issues, as well as the amount of space debris. ADOTT Solutions’ BLueDoTT battery is delivering an alternative solution that is ultra-safe, having already been tested in the oil and gas industry.

What excites Surinya most about the space industry at the moment is that plucky startups are leading the charge in innovation:

New technologies allow for new practices that could potentially enhance the quality of human life on Earth. These technologies are now coming more and more from startups, rather than from governmental organizations as was the case before.

If you’re a SpaceTech founder or soon-to-be founder, check out X-Europe’s startup accelerator program to learn more about the exciting events, media, training, and matchmaking opportunities it has to offer. 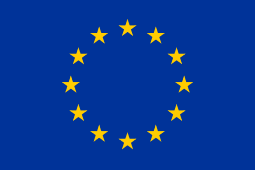