Fresh from picking up headlines worldwide when it invested a ‘seven figure’ sum into US e-commerce startup Fab.com, India’s Times Internet has launched a redesigned version of iTimes.com, its one-time Facebook rival, as it furthers its push into digital media.

The latest incarnation of the site — which first came online in 2006 — is an interest-based social network, designed to encourage Indians to discuss pertinent topics across all areas of life. After a closed testing period, the site has more than 5,000 discussion topics and remains in beta.

The move represents a significant pivot for iTimes which, Time Internet CEO Satyan Gajwani tells me, was initially positioned as India’s answer to Facebook in the days before the US social network had worldwide reach. Gajwani says the team has taken away positive lessons and is playing to its strengths with the revamp.

“That approach didn’t really pan out. We found that, while we didn’t create a social graph, we did witness interaction around topics and discussion points, even though that it isn’t what the site was built for.” That has been distilled into a new product, he explains.

Gajwani says that many Indians are likening it to Pinterest thanks to the visual, ‘spread’ layout, but the platform is about engagement and discussion, rather than the image-centric US social network. However, such a comparison is no bad thing, and could be taken as a compliment to the design employed of the site.

The site has remained popular since its launch and its project lead Archana Vohra, VP of Times Internet, says that its most recent data gives it 2.1 million unique users and over 25 million page views per month. Now the site is aimed at bringing content (it includes a blog network), discussions, news and social media under one roof.

On arrival, a set of instructions and explanations pop up to ensure that each visitor knows how the site works. It adopts a Twitter-style follow mechanism to keep up with what friends and high-profile users are doing, while activity and engagement is incentivized to encourage ‘stickiness’.

New joiners can sign up the old-fashioned way — using email — or via Facebook and Twitter, which immediately gives sharing options, though will have to provide their email, name and date of birth.

The follow system works for topics and fellow users, as is the case on services like Quora. For example, you can follow actress Sonakshi Sinha to keep up with topics, discussions and other items that relate to her.

As well as ‘People’ — which Sinha falls under — other followable topics are organized under Places, Passions, Brands, Showbiz, Opinions, Campaigns, Relationships, Humour, Lifestyle. There are other, more general, menus to peruse, including: Polls, Blogs, Events, Street Journo, Photos, Discussions and Videos.

Owned by leading media group Times of India, there’s no immediate pressure for iTimes to bring in revenue and that leaves the team focused on ramping up engagement on the site.

The luxury of not needing to go out and make money instantly is one that many startups don’t enjoy and it often requires them to turn to brands or roll out ads — both of which can turn users away. The site does have some basic ads but there isn’t a pressing need to fully focus on it, for now. However, Gajwani insists that he isn’t interested in funding flops and he is seeking to run the best possible projects.

“There’s no more half-assing,” he tells me. “We’re here to do it right, and to win, and that goes for all of our projects.” 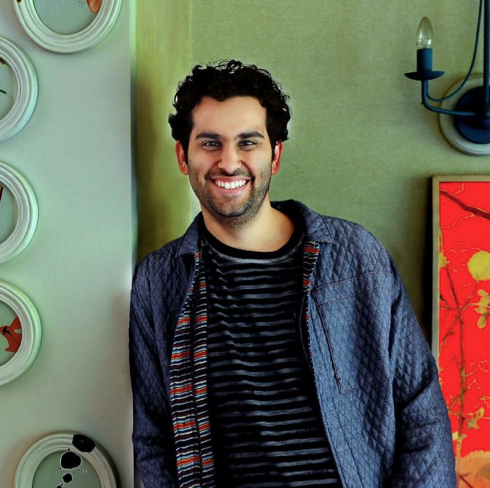 In addition to iTimes and the Fab.com deal, the CEO is driving a number of new tech initiatives. The Fab.com deal made headlines but Times Internet also invested in a number of local startups — including 500 Startups-backed Zipdial, e-commerce startup ZopNow, and others that were detailed in a blog post.

Gajwani promises more exciting news for 2013, which could include other international tie-ins where there is synergy, although he does say that most deals will focus on local companies and ecosystems.

“We’ll step in where there is a chance to identify opportunities to grow locally and help international firms, like Fab.com,” he says. “Sometimes the real value is just about learning and gaining experience, we’re not all about financial investments.”

A word on Fab.com, Gajwani explains that the value of investment remains undisclosed — “Jason [Goldberg, Fab.com CEO] and I agreed to keep that quiet” — and he says that many Indians were wrong to get excited and assume that the deal signs Fab.com’s India arrival.

“There is no immediate plan to launch here,” he explains, “nor have we fully fleshed out how we will work together. But, in this day and age, some firms can enter new markets naturally and other needs to learn the local dynamics. That’s where we come in.”