Food and drink rating app Forkly was one of the 34 developers contacted by a House Energy & Commerce Committee Chairman Henry Waxman and Chairman Fred Upton last week with questions about how they handle user data. Instead of penning their response and sending it off to Congress quietly, however, Forkly Co-Founder Brady Becker decided to post the answers to the questionnaire publicly on its blog.

The goal, the post states, was to be “fully transparent not just with Congress but with Forkly users, the iOS development community, and the general public.”

Forkly says that it is proud of its practices regarding the privacy of user data and that it will continue to do the same in the future.

While the developer understandably decides to withhold download numbers from the report, it does go into detail about how it handles the various bits of data that have been at the center of recent discussion, like contacts and the use of a device’s UDID:

Question: At any time, has your iOS app transmitted or have you stored any other information from or about a user’s device – including, but not limited to, the user’s phone number, email account information, calendar, photo gallery, WiFi connection log, the Unique Device Identifier (UDID), a Media Access Control (MAC) address, or any other identifier unique to a specific device?

In order to provide location-relevant information to the user, we transmit the device’s location when needed.
As part of the Forkly beta program, we indirectly collect a beta tester’s device UDID through TestFlight

This letter was also sent to 33 other iOS developers in addition to Tweetbot including Twitter, Foodspotting, Turntable.fm,, Trover, Instagram’s Burbn, Path, Facebook, SoundCloud and more. The committee says that “The apps were selected for the inquiry based on their inclusion in the “Social Networking” subcategory within the “iPhone Essentials” area of Apple’s App Store.” 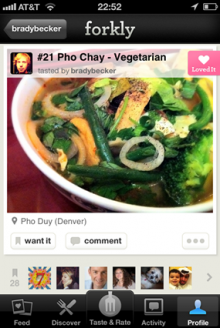 The post urges the other developers, one of which was Apple —  whose Find My Friends app was referenced specifically — to post a response publicly as well. “In posting publicly, we hope that other iOS developers (beyond the 34 selected by Congress) will follow suit and take a moment to answer the same questions—if not for the sake of adhering to privacy practices, then for the sake of their users and online community. ”

No other developers appear to have taken this step yet. We will continue to track this issue, as there is likely much yet to come on the subject.