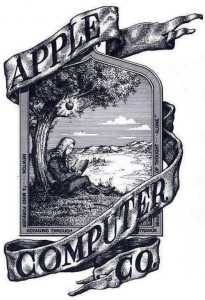 The story of Ron Wayne, the third but oft-forgotten co-founder of Apple Computer (along with Steve Jobs and Steve Wozniak), is well known in our circles.

See our recent interview with the man for more context, but basically Wayne got a 10 percent stake in Apple upon the formation of the company, only to sell it back less than two weeks later for $800 (he later got another $1,500 for his agreement to forfeit any claims against Apple).

A 10 percent stake in Apple today would make someone a billionaire many times over today.

Either way, he says the experience was “character building”.

Where am I getting these quotes from? Well, directly from him.

Yesterday evening, Wayne published an essay about his decision to leave Apple Computer after only 12 days, on Facebook and for all to see.

While promoting his recently published book, Insolence of Office, Wayne explains his decision to leave Apple as quickly as he did, stressing that the press often gets things wrong about his motives and what he lost out on as a result:

I didn’t separate myself from Apple because of any lack of enthusiasm for the concept of computer products. Aside from any immediate apprehension in regard to financial risks, I left because I didn’t feel that this new enterprise would be the working environment that I saw for myself, essentially for the rest of my days.

I had every belief would be successful but I didn’t know when, what I’d have to give up or sacrifice to get there, or how long it would take to achieve that success.

Later in the essay, he goes on to say:

To counter much that has been written in the press about me as of late, I didn’t lose out on billions of dollars.

That’s a long stretch between 1976 and 2012. Apple went through a lot of hard times and many thought Apple would simply go out of business at various times in its maturity. I perhaps lost tens of millions of dollars. And quite honestly, between just you and me, it was character building.

Going back to his new book and why he wrote it, he adds that “the writing and publication of Insolence is, in itself, enough to justify my existence on this planet”.

Also check out Engadget’s recent and excellent “Two days in the desert with Apple’s lost founder, Ron Wayne” and our interview with Wayne.