Flipboard is making it easier for users to dictate what they want to see in their Cover Stories feed. A new thumbs up/thumbs down voting scheme will curate more of what you like, and let you banish articles you don’t.

It’s technology pinched from Zite, the popular news reader Flipboard purchased last year. As you come across articles you like, simply vote on whether or not you’d like to see more. To vote, just click the new carat at the top right of your screen, and you’ll see the voting options. 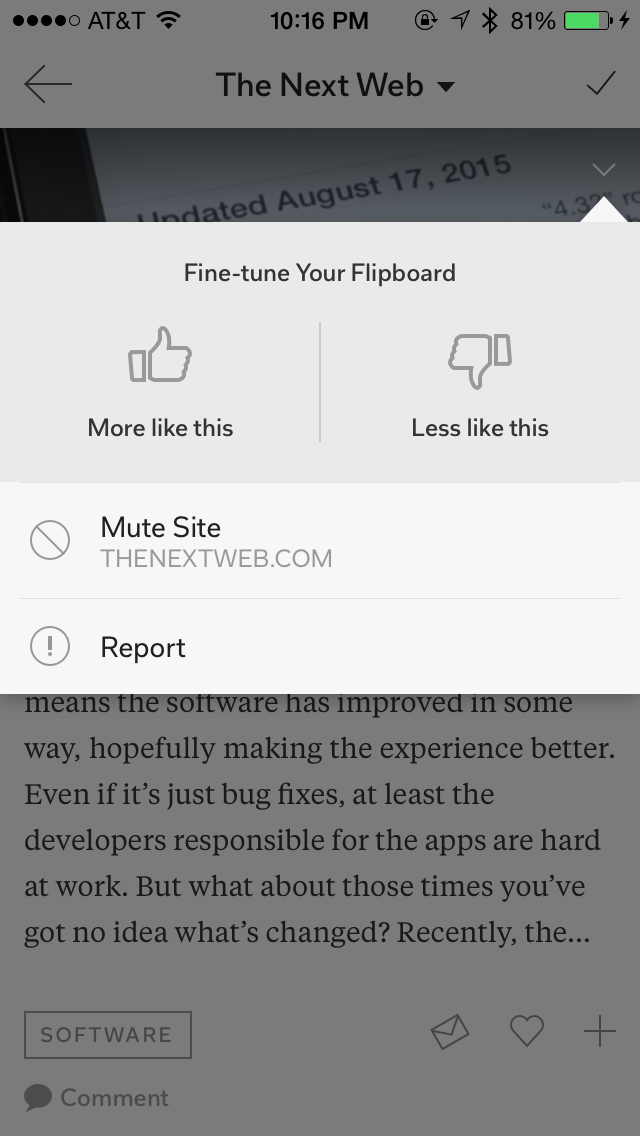 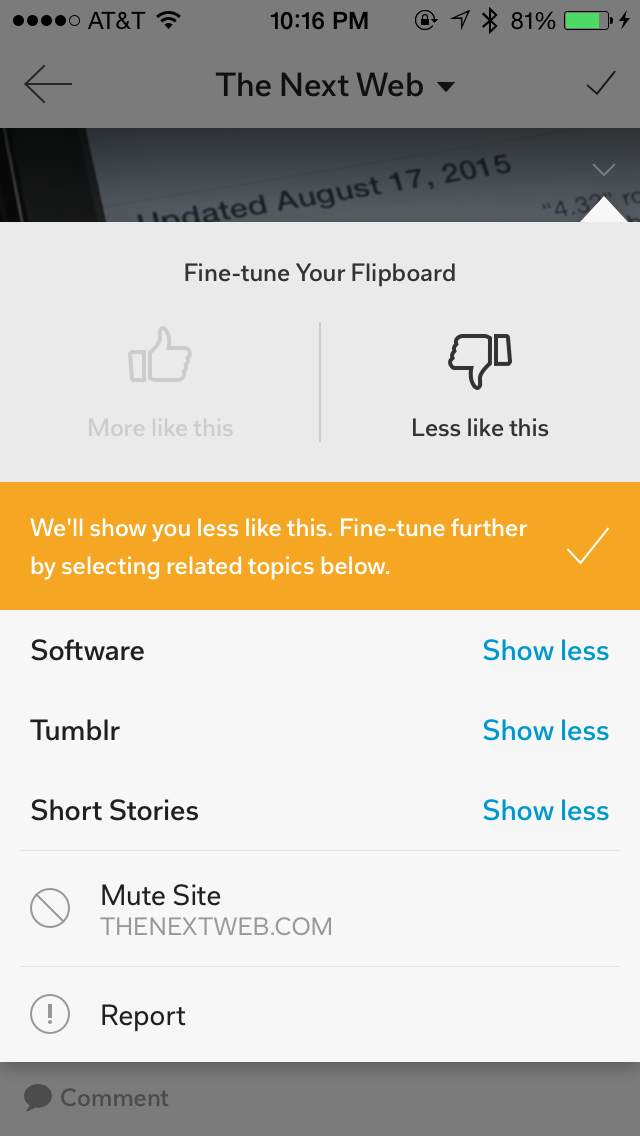 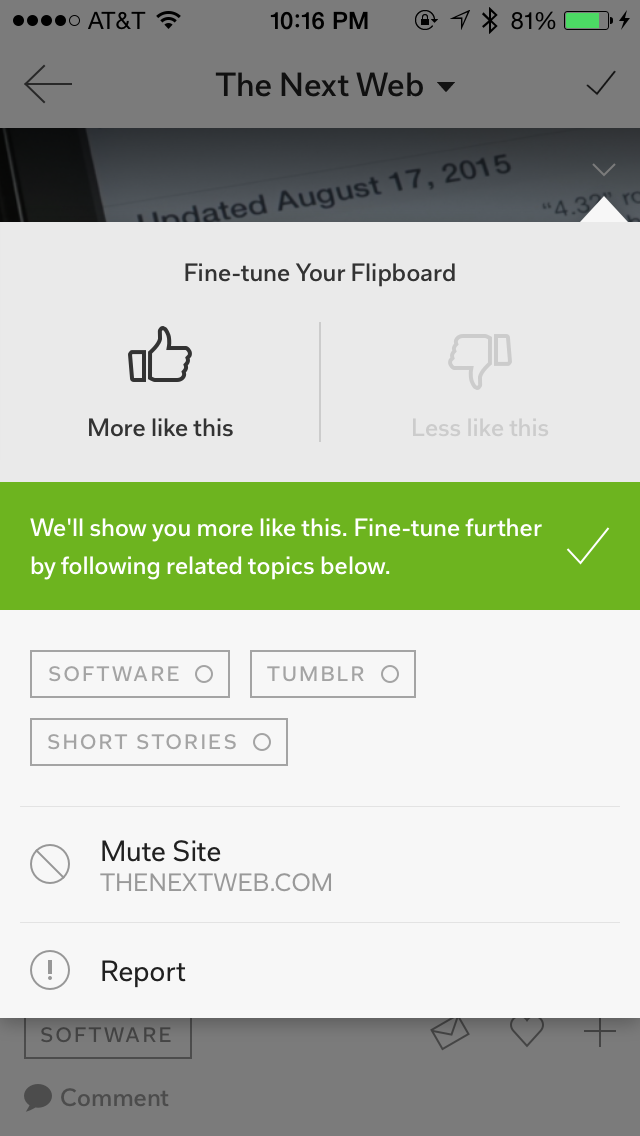 The curation is crowdsourced; Flipboard monitors what other readers like you vote up or down, and feeds you articles based on their activity.

If an overwhelming majority of those who read about technology on Flipboard dislike the latest ‘Android sucks!’ article from that troll-y iOS fan site, it won’t be surfaced again.

After voting on an article you’ve just read, Flipboard offers granular control so you can tailor your feed to subjects that interest you. That Android take-down piece may have been about security; after voting it down, you can tell Flipboard you want to hear more about Android, but less about security and even less about iOS.

If you just didn’t like the tone of the piece, you can even mute an entire source.

The feature is coming to iOS and Android first.