Setting up a new iOS device earlier this week, I skimmed through the list of apps I’ve installed over the years and I got nostalgic about the early days of the smartphone revolution.

The first app I installed on my shiny new iPhone 3G when the App Store launched in 2008 was… Myspace. I don’t remember much about the app, but the fact that I installed it ahead of Facebook shows how much has changed since then.

Other early iOS (or iPhone OS as it was called at the time) apps that I installed included familiar names like Last.fm and Shazam. Then there were now-forgotten gems of the time like a location-focused Twitter and Facebook client called Twinkle that doesn’t work any more and a really simple to-do list app called, imaginatively, To Do, that hasn’t been updated since 2009.

Over on Android, my first device (an HTC Hero in 2009) was blessed with an odd first download. Forget a Facebook or Twitter client, instead it appears that I opted for… Google Cloud Print. I can only imagine it was in the news that day – I’ve certainly never used it. That was followed by Twidroyd Pro, a then-popular Twitter client since renamed UberSocial. Qik, a live video streaming service that was popular at the time and was later acquired by Skype, was also an early download for me. 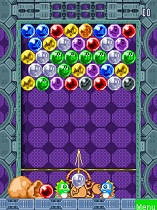 However, I have to go back ten years to 2003 for the first smartphone app I ever downloaded – Puzzle Bobble for the Nokia 7650, although admittedly that had to be downloaded onto my home PC and sideloaded onto the device via some atrocious Nokia software.

What was the first app you downloaded for a smartphone?

Have a look and let us know – it might surprise you, or at least set off some nostalgia for a simpler time before ‘the app economy’ was a phrase anyone took seriously.