There were quite a few announcements made at Intel’s keynote address today at CES. Among these was Paul Otellini announcing that Intel was partnering with Lenovo to begin offering a 1.6GHz Intel Medfield-based smartphone, the K800.

We got the chance to take a brief look at the K800 at tonight’s Showstoppers event and its definitely unique. Note that we didn’t get the specs until after our little video so forgive our waffling.

The phone, it turns out, runs a highly modified version of Android 2.3. You can see from the video that it has been completely reskinned in Lenovo’s own wrapper. Intel, Otellini mentioned in the keynote, had also made significant tweaks to the OS in order to optimize it for the Medfield innards.

Our experience with the phone was brief, but although it initially seemed smooth when transitioning between screens and navigating menus, it quickly got bogged down in the same Android lag that we’ve seen plague other devices in the past.

It seems that whatever is the issue, Intel’s 1.6Ghz beast wasn’t enough to overcome it, at least in this early prototype model. We will happily go on record though, that this is an early, early version of this device, so we’re withholding judgement so far.

Design wise, it has a very 80’s Blade Runner-esque vibe. The angular edges make me think of the original Droid or the early IBM Thinkpads, which makes some sense, as Lenovo took over that business a couple of years ago.

The K800 will be launched with China Unicom in the second quarter. There is no word on when Lenovo will bring its line to other countries. 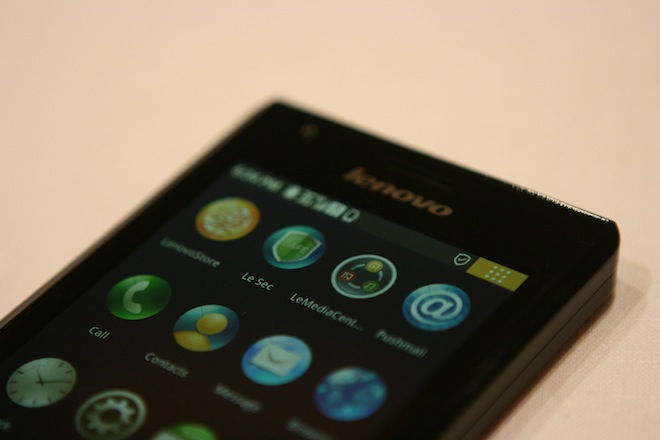 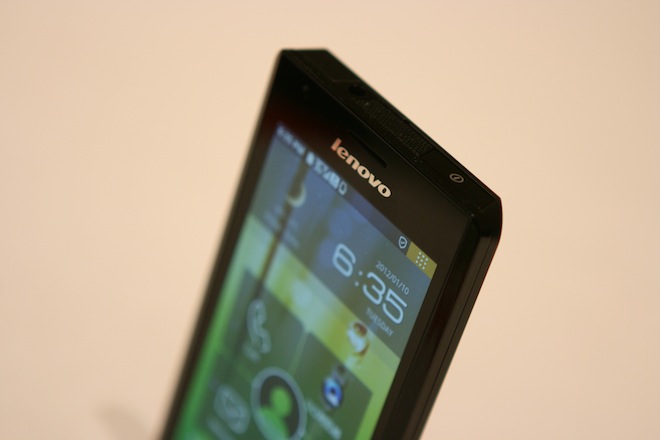 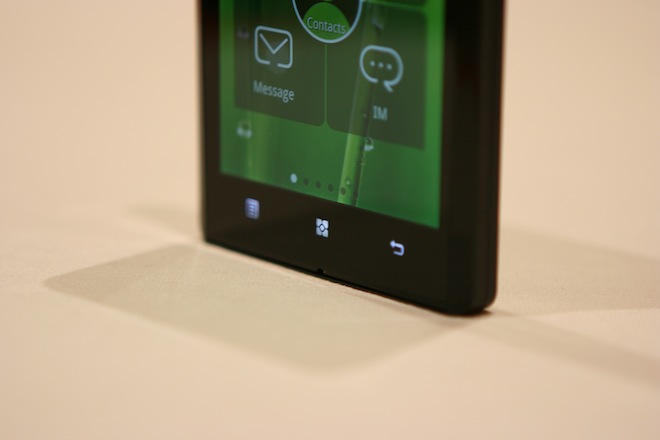 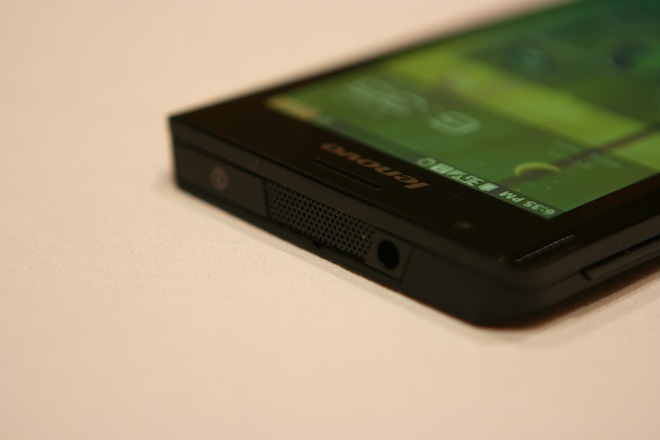 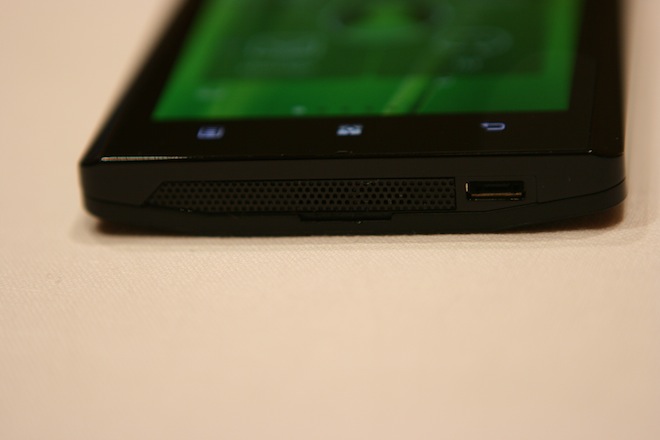 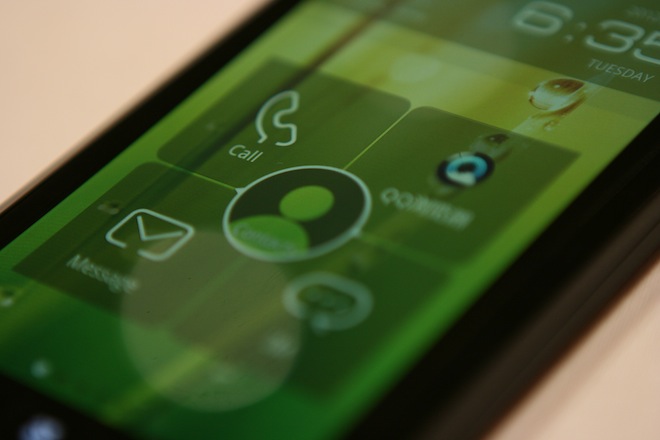 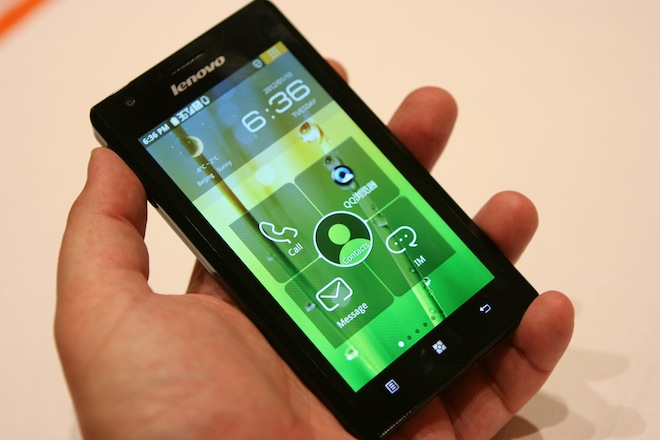 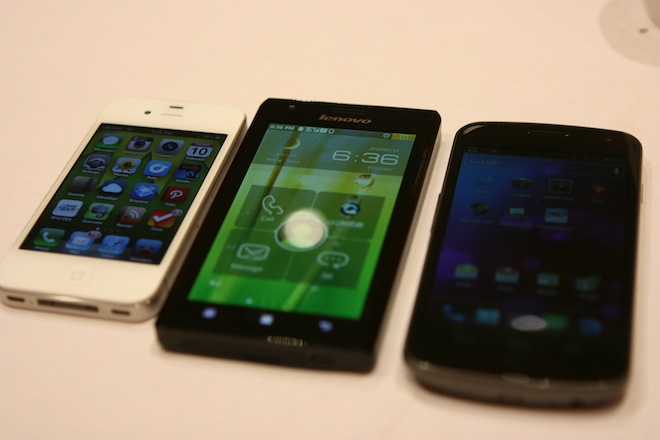 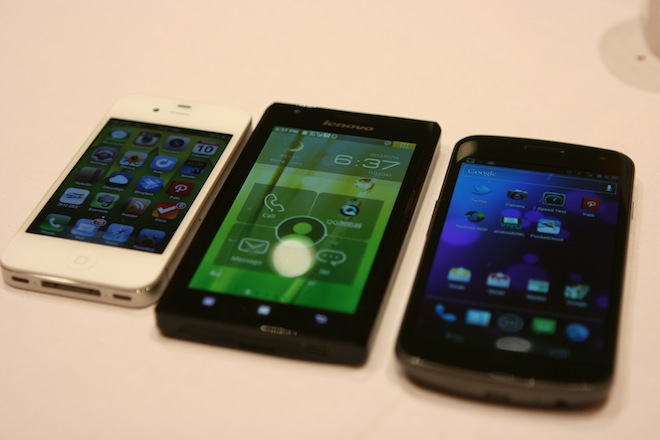 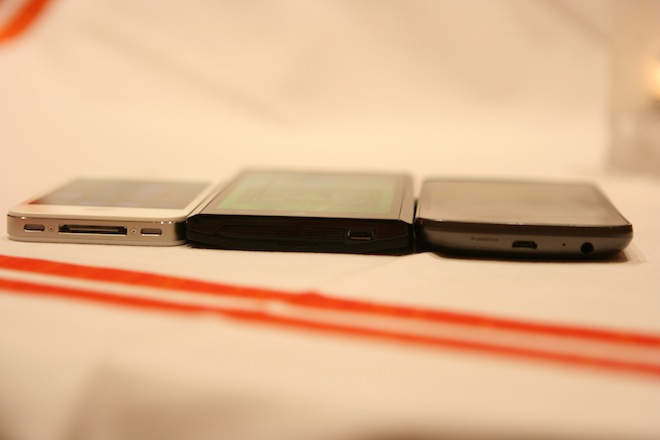 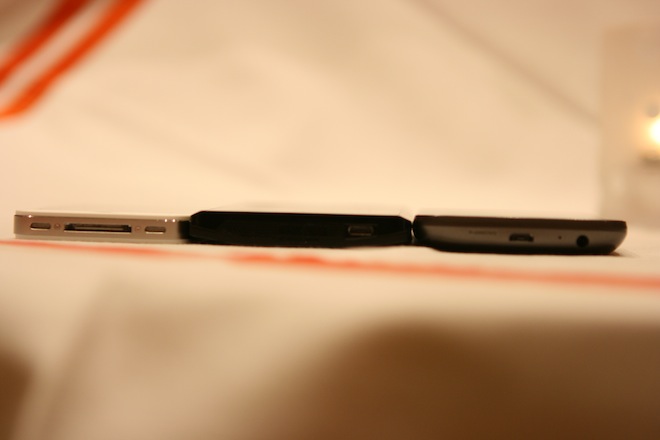 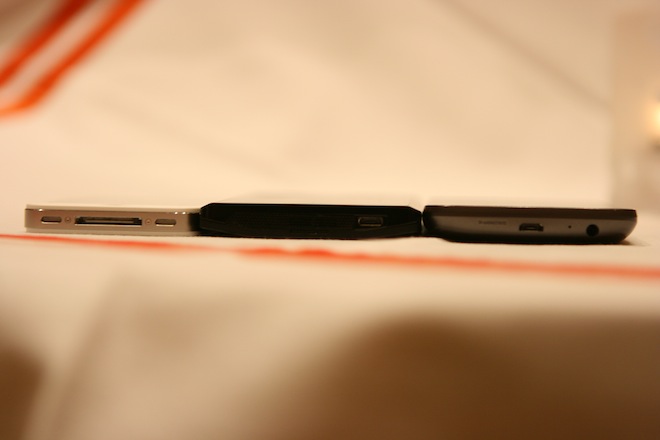 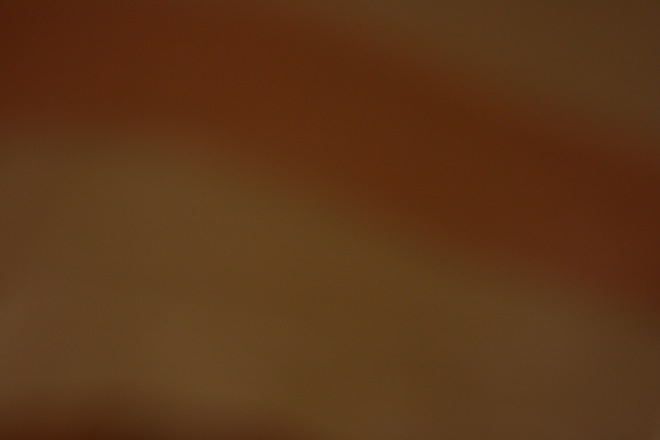 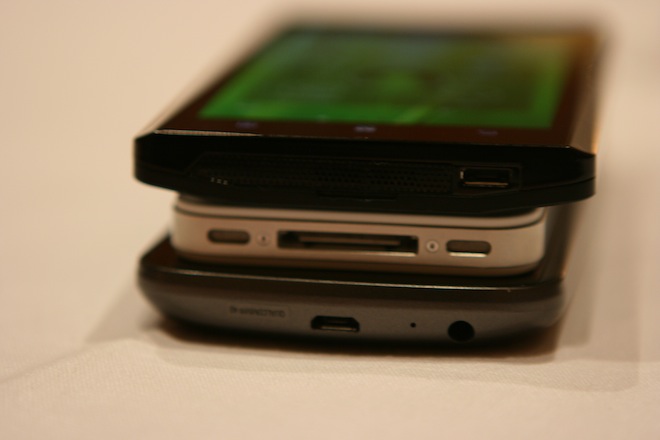 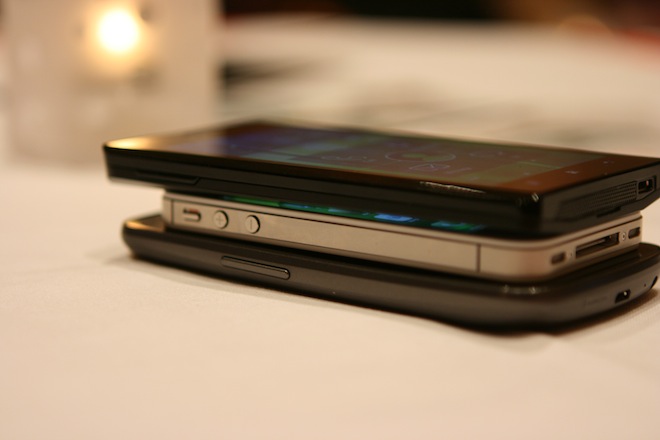 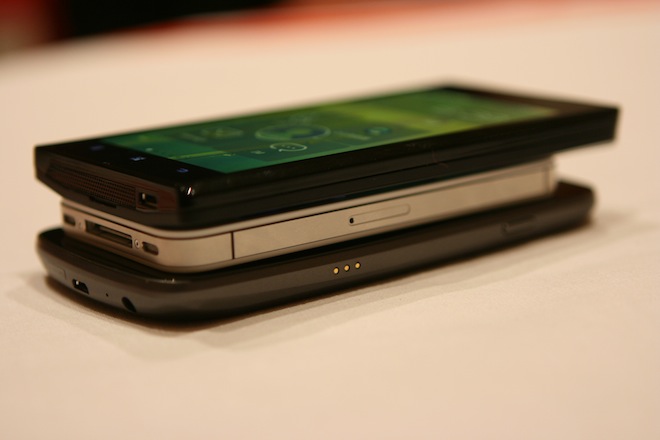 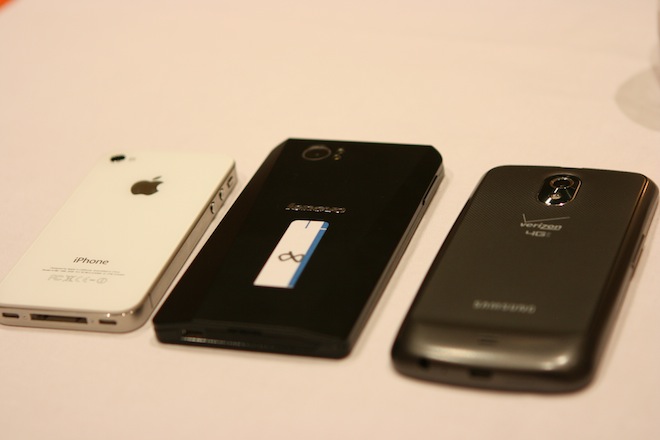 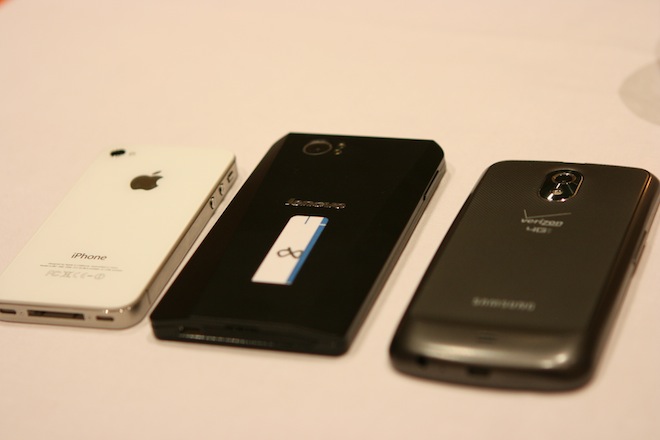 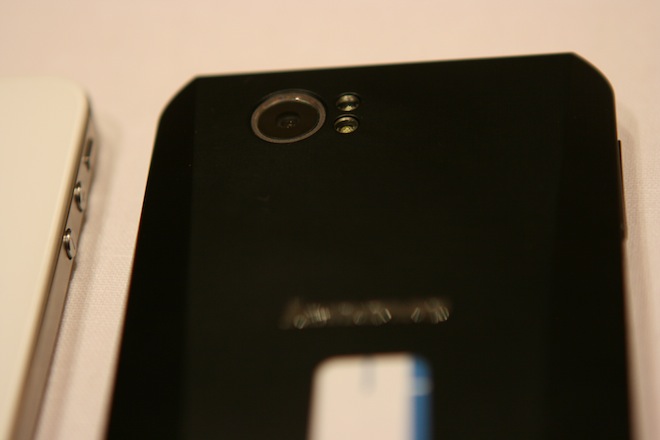 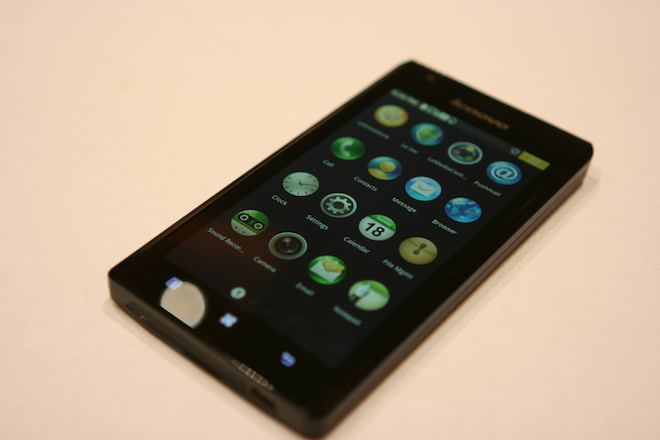 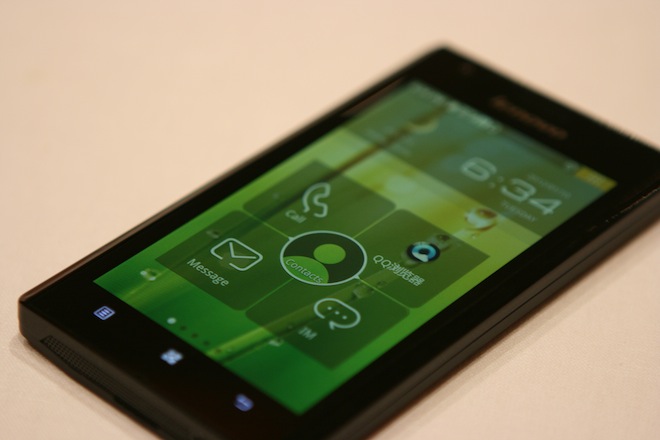