The recent Megaupload raid has sent chills through many of the most popular file sharing sites on the web, and now they’re scrambling to avoid a similar fate.

Earlier this morning we reported that Filesonic voluntarily disabled file sharing between its users today, and now the word is out that VideoBB and VideoZer have both reportedly closed their rewards programs and are mass-deleting infringing files and banning users.

FileJungle, UploadStation and FilePost are also said to be following suit, but perhaps most interesting is the actions of Uploaded.to, which has banned the entire United States from its site. At this time, Uploaded.to has blocked all US IP addresses, and is working to distance itself from US jurisdiction. 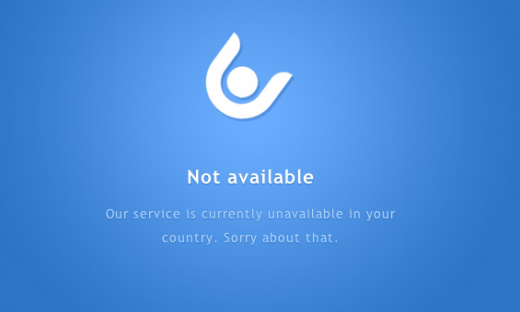 According to Torent Freak:

The site has yet to release an official statement on the “block.” Whether it’s permanent, and the alleged relation to the MegaUpload raids and arrests is unknown at this point.

Recent actions show that many file sharing and hosting sites are well aware that their services are commonly used for copyright infringement. What is interesting though, is that Uploaded.to is attempting to kill the problem at its source, making it more difficult for the US to prosecute the site since it has no operational ties in the US.

The decision to completely avoid the US sounds like a smart idea at the moment, considering that the US Department of Justice just spearheaded “one of the largest criminal copyright cases ever.”

A proxy server should resolve the IP block in the case of Uploaded.to, but for the rest of the sites, this may signal an end to 3rd party hosts in favor of magnet links and torrents. Hopefully we don’t see too many more sites blocking the US (oh the irony… SOPA), as over time we could find ourselves isolated from foreign sites due to more frivolous reasons.

Are these file sharing sites simply abandoning ship? Let us know in the comments below!