This article was published on December 17, 2015

The Germany-based team of FeelSpace has developed a vibro belt for outdoor navigation, which can significantly improve the lives of the blind and visually impaired.  Showcased at the Falling Walls Lab conference in Berlin in November, the prototype consists of 32 vibro motors, which can give the user an idea of when and where to turn.

The startup is working on its own app for the device, but also on a way to pair it with navigation applications on smartphones like Google Maps via Bluetooth.

“The idea comes from the Institute of Cognitive Science [in Osnabrück, Germany],” FeelSpace founder Susan Wache told TNW. “There was a study project about 10 years ago to research whether a human can learn a new sense.”

The first rudimentary version of the belt wasn’t able to receive actual navigation information but was connected to a compass and tapped the user’s chest on the side facing north. Despite the crude approach to direction, it received overwhelmingly positive feedback. 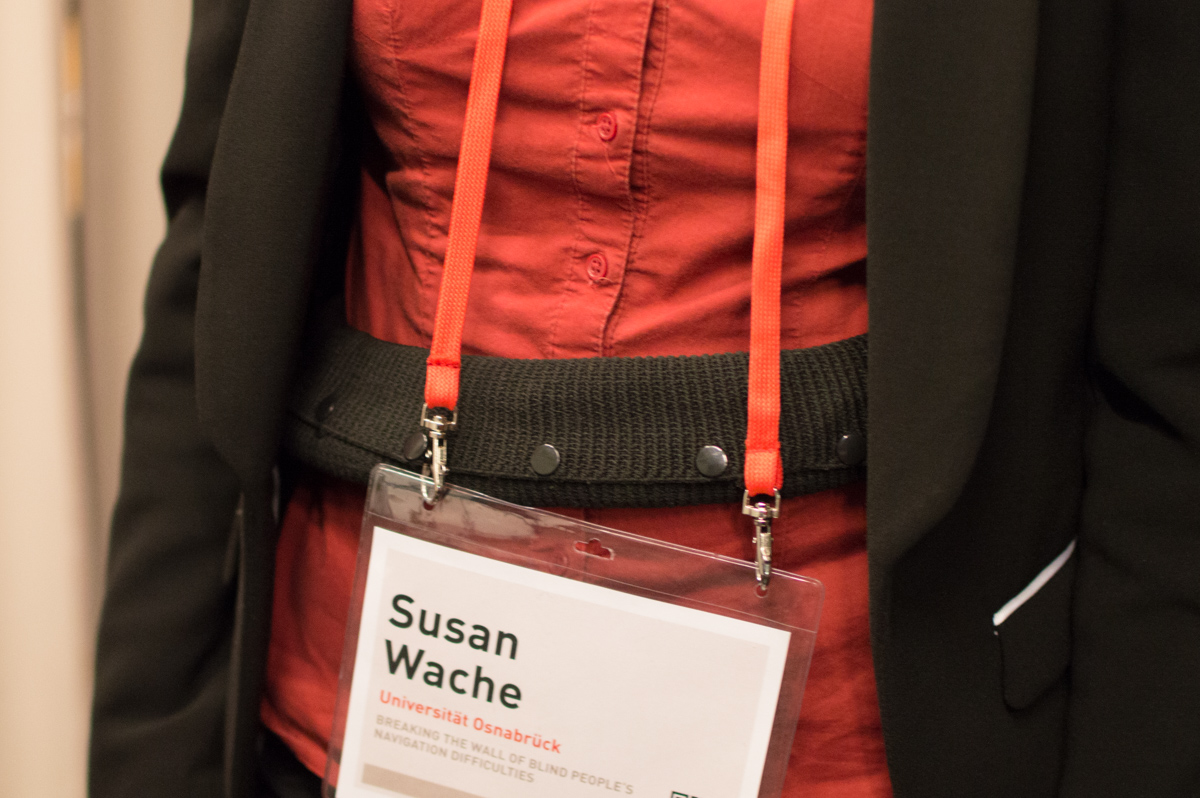 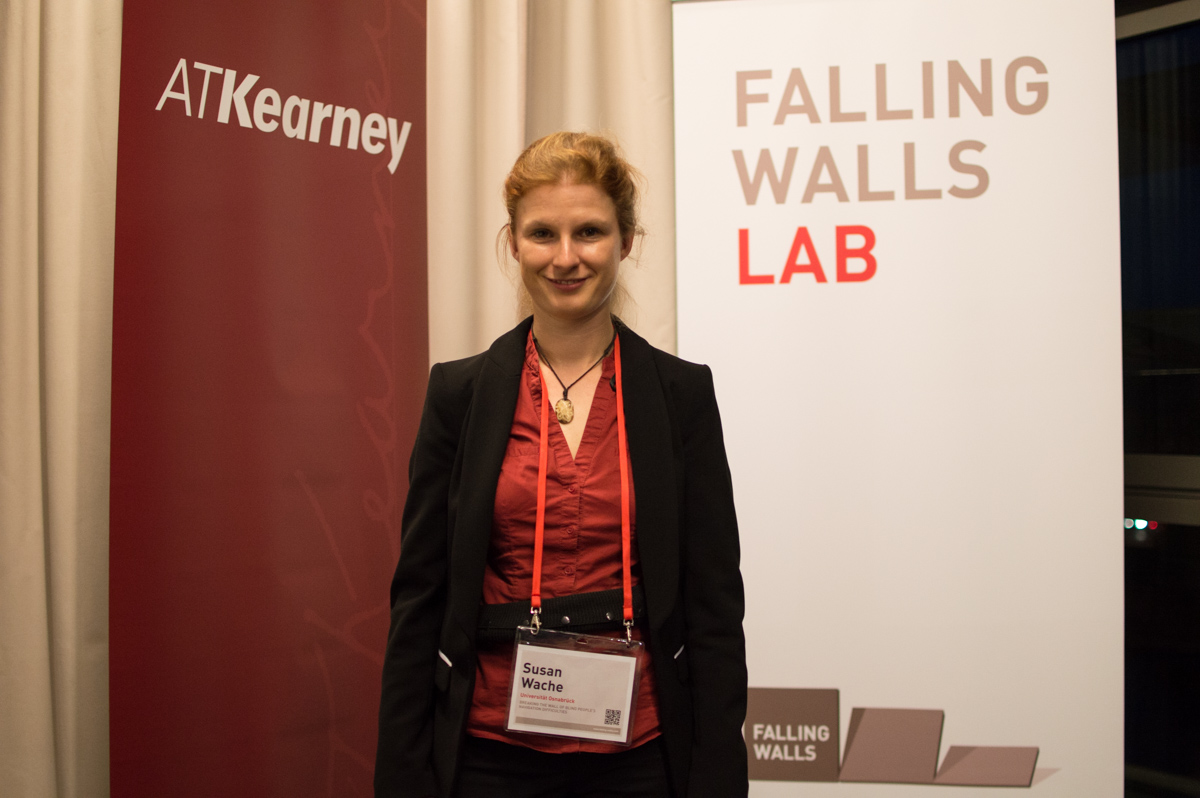 “[People in the university] started doing some of their compass belt studies with blind people, and they were saying that it was so cool they just didn’t want to give it back and asked where to buy one,” Wache said.

“I joined the project as a PhD student, and I was getting more and more fascinated by how nice it feels and how it can really help in the daily life.”

The initial feedback led Wache and her co-founders to focus on bringing the product to market. Funded by an EXIST grant, which aims to commercialize academic research, the team came up with the idea of pairing the device with navigation apps on a smartphone.

However, the team had to contest with the age-old tech problem: battery life. While the next prototype of the belt came with 16 motors and internal battery that lasts all day, the average smartphone will die after a few hours with its GPS module on.

The actual navigation wasn’t available when we put the belt to the test, so Wache navigated me, blindfolded, around the room manually.

The feeling of a constantly vibrating motor somewhere on your waist is a strange one, although it appears to be really able to adjust the direction you’re moving in pretty quickly. It’s quite easy to understand where it wants you to go: you basically turn until you have the vibrating motor against your belly-button, and then walk straight. 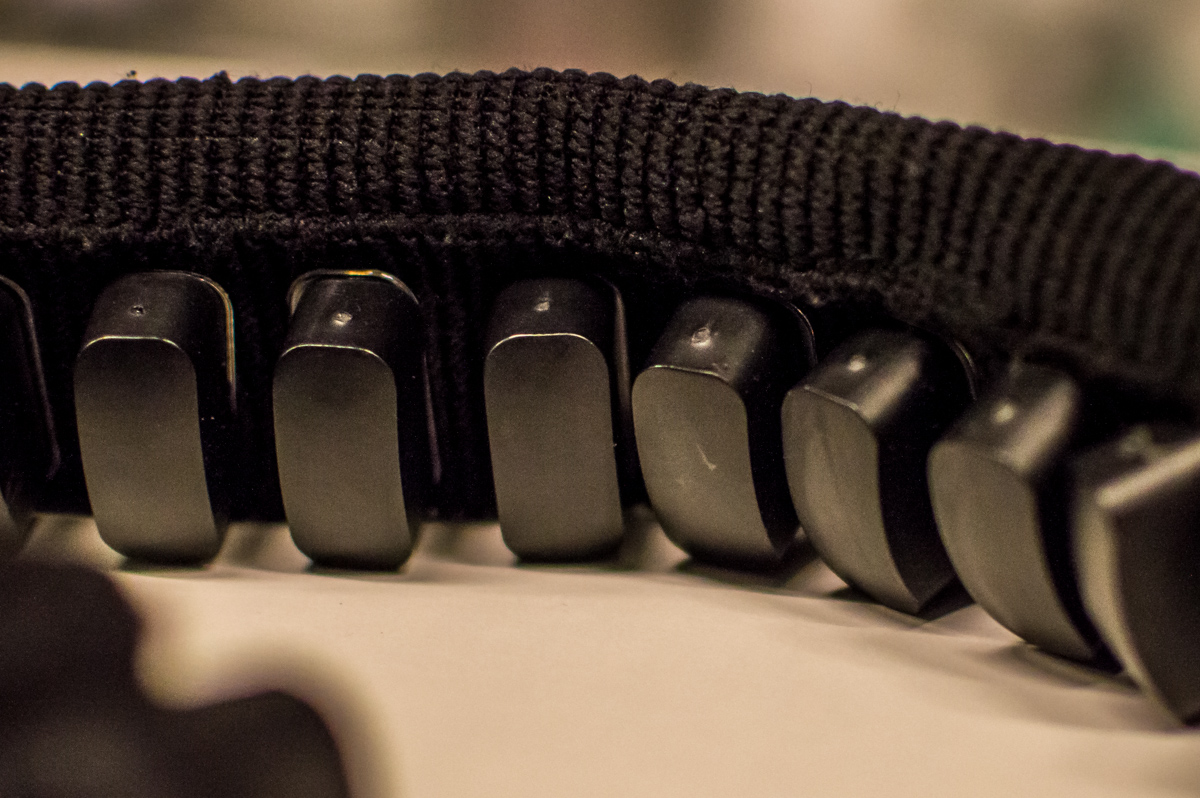 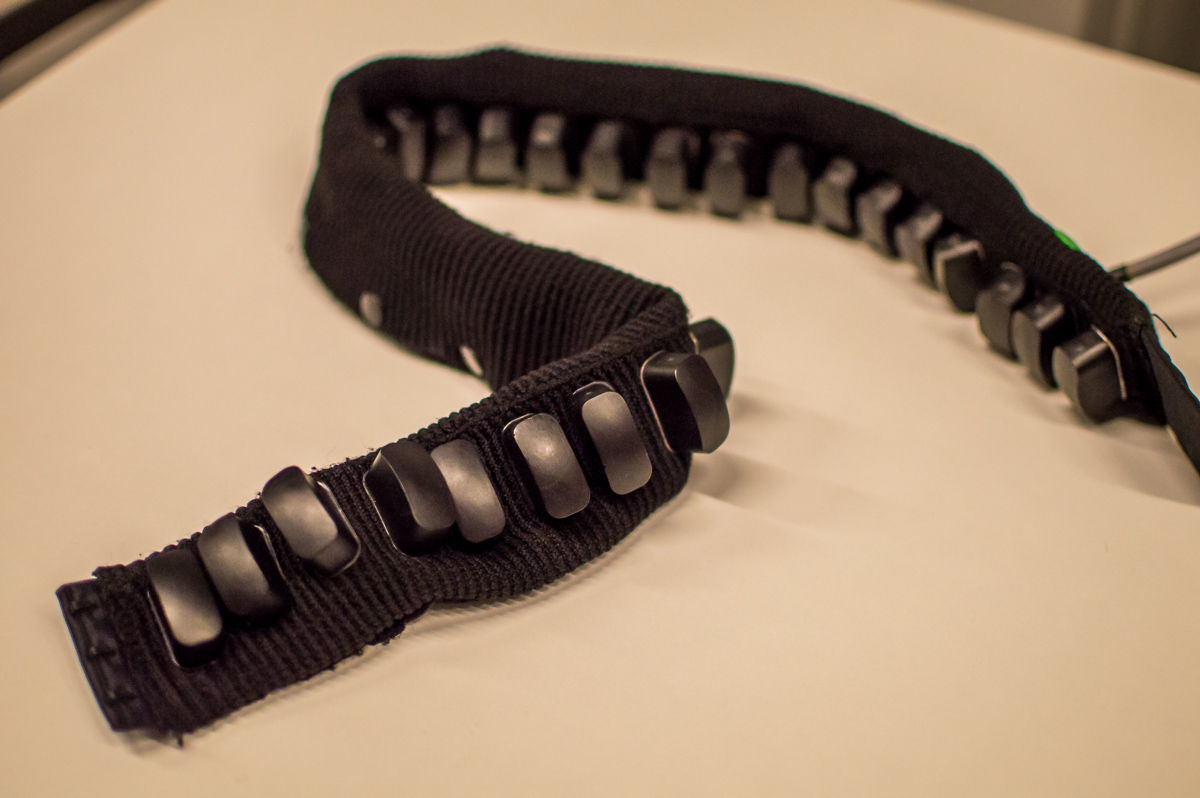 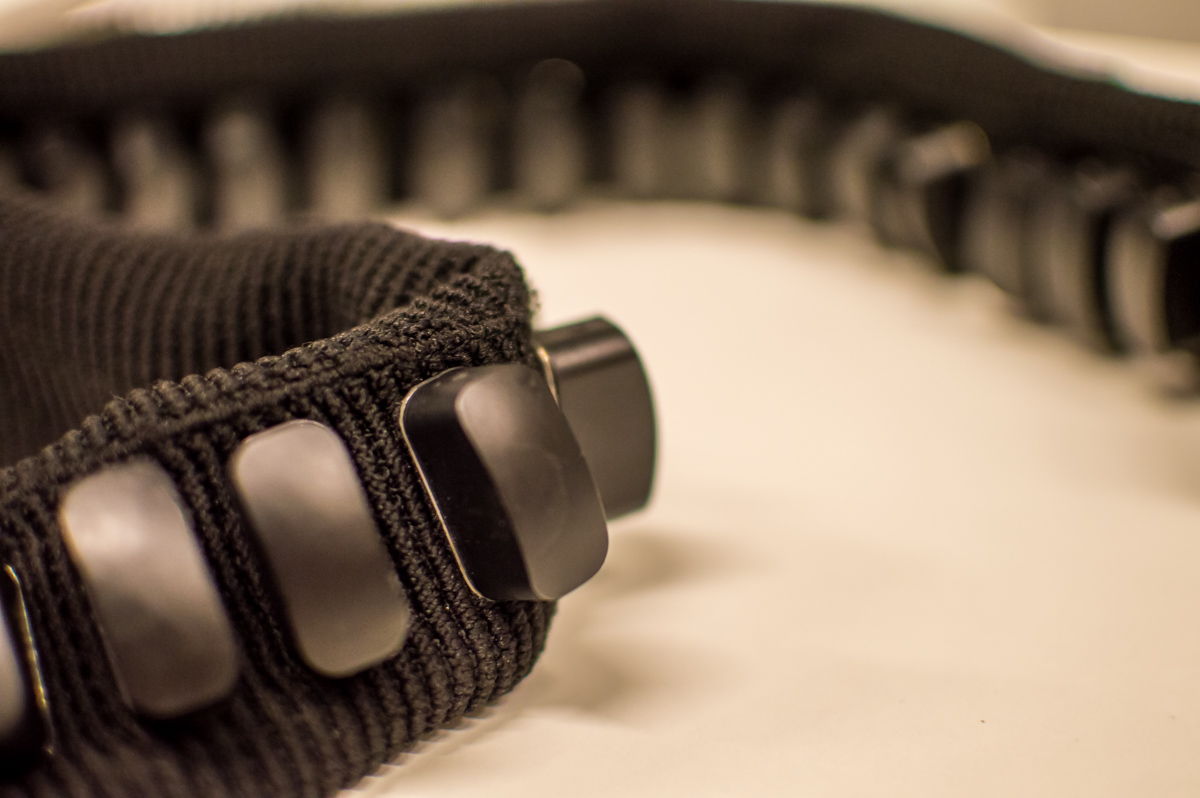 Wache, who spent about half a year wearing the compass version of the belt, said it really becomes a new sense.

“I especially like it on the bike,” she said. “Even with having only the compass, I can feel how sharply I turn, and then I know exactly where I came from. Without thinking too much, without concentrating on it, I have a better impression of where I am.”

The team plans to have the final prototype ready in the spring of 2016. It hopes to start testing it with the visually impaired community in Germany.

“We have contacted the blind associations, rehabilitation teachers for the blind and mobility trainers, who will be the first customers,” Wache said.

The initial price of the belt is expected to be about €800 ($870), however the actual users will need to pay much less, as the device’s cost will be covered fully or partially by their health insurance.

In the future, Wache hopes to bring the price down, so that it would be affordable for the wider audience interested in having a quick navigation aid, including cyclists or just tourists coming to a new city.

“We’re thinking not only about directions, but other information as well.” Wache added. “For example, firefighters can feel where their teammates are in a building. Or someone would always feel where their child is in the mall.”

Planning even further ahead, Wache said the team might also think about integrating an obstacle detection system, which in theory could make it possible for the blind to walk around without a cane.

After the needs of the blind community will have been catered for, FeelSpace is considering launching a crowdfunding campaign for the belt. The startup is also on a lookout for seed stage funding, as its grant only funds the team until the end of June 2016.