Feedly has removed its URL shortener to provide better transparency for users, alongside making a few other tweaks to better optimize its mobile apps for the new versions of iOS and Android. 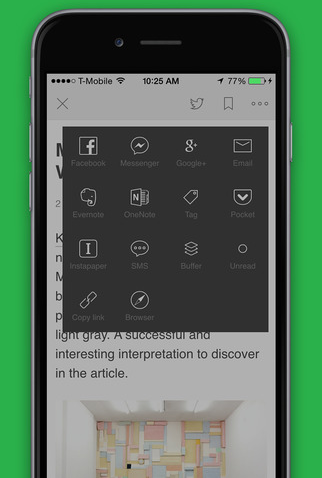 The company explained in a blog post that the decision to remove the shortener, first introduced in January, would give users more control and insight into exactly what they’re opening, before clicking. “It is the right thing to do for users, because people who receive those links in emails, SMSs and social media posts will be able to tell by looking at the URL where it leads and who created the content,” Feedly said.

It also saves a few milliseconds by sparing one additional redirect. Using the original URL also allows apps and search engines to access metadata  “and offer a better, richer experience”, the company added.

Other changes to the mobile apps include support for tagging, the recently announced Shared Collections, and a redesign to support the larger displays of the iPhone 6 and 6 Plus. The Android update also brought support for the incoming Android Lollipop OS.