Long seen as one of the fastest growing and most opportunity-laden markets on the continent, Nigeria’s ecommerce space had a challenging February.

One of the country’s flagship ecommerce ventures, Konga, which raised substantial backing from the likes of multinational conglomerate Naspers and was once seen as the major competitor to market leader Jumia, was acquired by Zinox for far less money than it had raised.

Konga is now set to be merged with another Zinox portfolio company — Yudala. Meanwhile, Naspers was also at the heart of another piece of bad news for the Nigerian ecommerce space as it scales back its operations on the continent, closing the offices of marketplace platform OLX in Nigeria and Kenya. With profitability in the ecommerce space a long-term play, Naspers has evidently decided it is not prepared to wait.

BitPesa is actually prevented from operating in its home market due to Central Bank regulations, but that all might now be set to change after the Kenyan government set up a “blockchain taskforce” to establish a “roadmap” for how the technology might be adopted in the East African country. This in spite of the Kenyan Capital Markets Authority warning investors about initial coin offerings (ICOs).

Digital skills in Kenya have also received a boost after the United States International University – Africa (USIU-Africa), in collaboration with Microsoft’s 4Afrika Initiative, launched the country’s first AppFactory at the Incubation and Innovation Centre (I2C) in Nairobi.

There has been talk that some of Uber’s investors want the company to pull out of Africa altogether, and it did depart one African country in February. Uber announced it was leaving Morocco because of regulatory issues. It remains to be seen whether or not this starts a trend.

Some companies, however, continue to expand. Pan-African entertainment company Kwesé acquired a significant stake in Malaysia-based entertainment services firm iflix Africa to strengthen its streaming service in sub-Saharan Africa, while Kenyan mobile operator Safaricom continued its rollout of value added products with the launch of music service Songa. Kenya’s mSurvey is launching in Nigeria, and ecommerce platform Mall For Africa launched in 11 new countries on the continent.

It’s a busy time in Africa for Mastercard, too, which used Mobile World Congress (MWC) in Barcelona to announce it had partnered East African PAYG energy company M-KOPA Solar to help the company expand its offering using its payments suite.

Mastercard also announced at the event it was piloting a Facebook Messenger bot in Nigeria to help small businesses accept digital payments. Facebook itself clearly has its eye on opportunities in Nigeria, having offered its platform to the country’s Independent National Electoral Commission (INEC) for voter education ahead of the 2019 general election.

We wrap up with the usual batch of funding rounds, with Kenyan ridesharing platform Mondo Ride and ecommerce startup Sky.Garden both securing significant investment. The GSMA provided grant funding to eight African tech startups, while more money is set to become available after Goodwell Investments raised a $24.8 million USD fund for inclusive economy startups in Africa. I’ll see you next month. 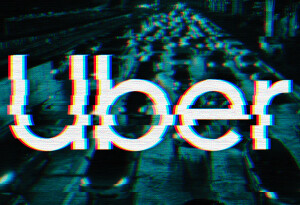