Facebook has two updates on the mobile world today. Facebook for iOS 11.0 got new additions to its Nearby Friends  feature while Android hit version 10.0 with offline posting. Both updates are available now in the Google Play Store and App Store. 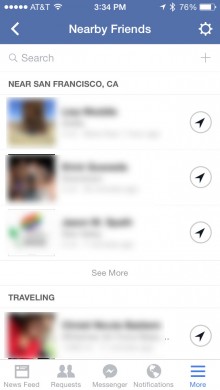 For the iOS version Facebook only posted that today’s update included “improvements for reliability and speed.” But TechCrunch reports that after a bit of digging, it found two new updates for Nearby Friends. In the US version of the app, the social network has added search and invite friends buttons.

For Android, Facebook has added the following new features:

Being able to remove tags that your friends have created is a wonderful way to make sure some of the more embarrassing things you did last night don’t end up in your Timeline.