This article was published on September 18, 2015

Earlier this week, Facebook CEO Mark Zuckerberg revealed that the company is working on a way for users to express dislike for a post without leaving a comment. If these patents hint anything about what’s in store, expect to see something very Slack-like.

Facebook’s emoji reaction patents date back to 2013, but a recent document – filed December 23, 2014 – illustrates just how the tool might look on the social network. Instead of the usual Like thumbs up, users may have the option to pick from a selection of emoji that best describe their reaction.

Slack’s emoji reaction currently uses icons found on iOS/Mac OS, and lets users to pick from any of the hundred options currently available. It allows for a more flexible and comical way to respond to posts according to subject matter.

Facebook has its own set of emoji art, but based on the patent illustration, it may limit users to a handful of emoticons to avoid cluttering the post. The mockups below show that user icons may also appear next to the emoji reactions to display exactly who ‘liked’ or ’empathized’ with a post. 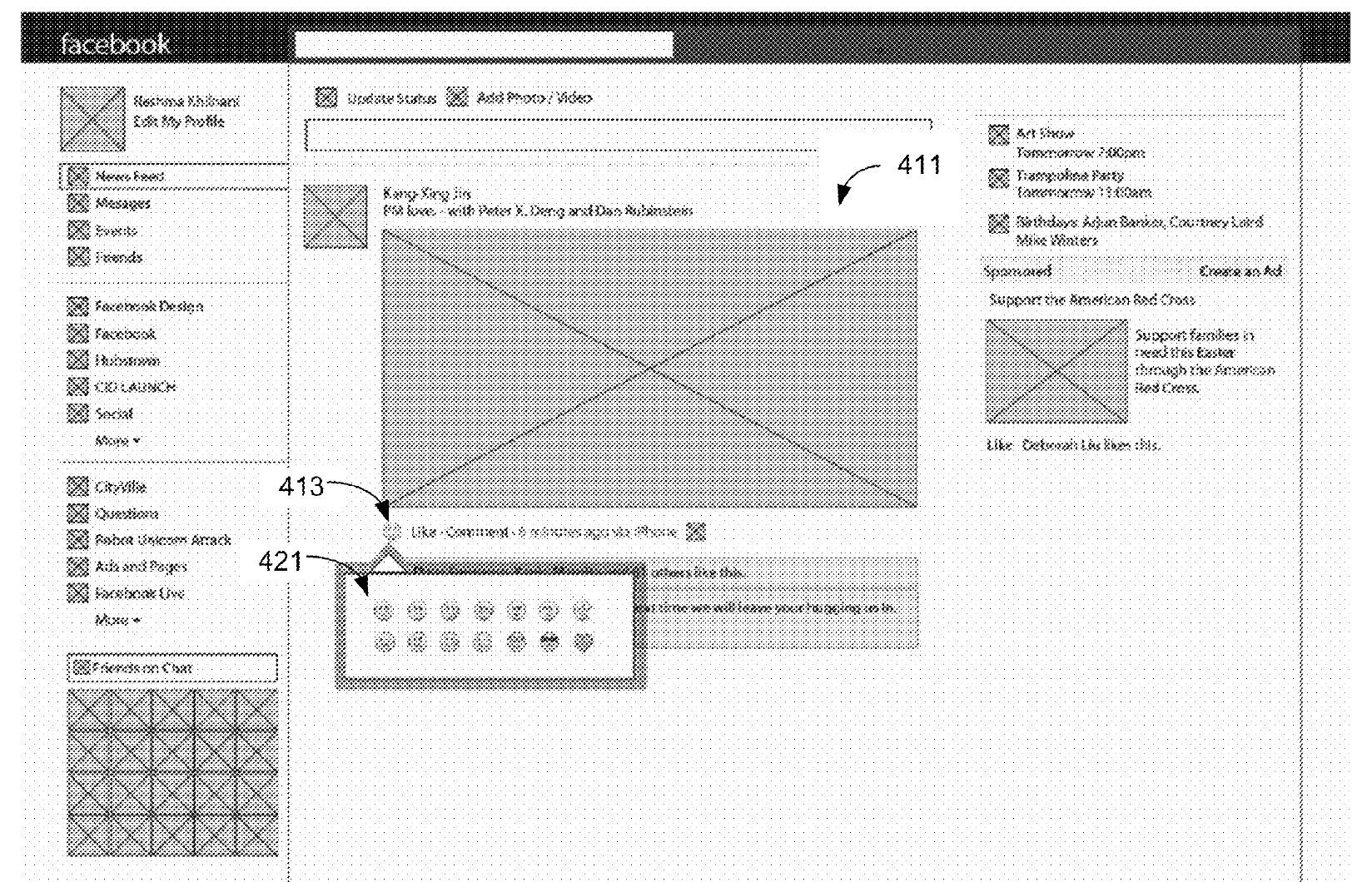 If that sounds a bit familiar, it’s because we’ve seen this before with Path‘s ‘Emotions’ button (which has been around since 2011.) Imitation is the sincerest form of flattery, so they say.

Zuckerberg said on Tuesday that Facebook will begin public testing soon, so don’t be surprised if you see a smiley next to the Like button sometime in the near future.