This article was published on November 23, 2017

Facebook is quietly testing a new feature that lets users find other people to play videogames with.

Some users have reported seeing a new icon, ‘Find Players,’ in the area used to compose statuses and posts. From what we can tell, this is relatively bare-bones. The things you’d expect from such a feature — like integration with PSN, Steam, or Xbox Live — aren’t present. Instead, you’re prompted to give your team a name, a description, a hashtag, and optionally, a photo. 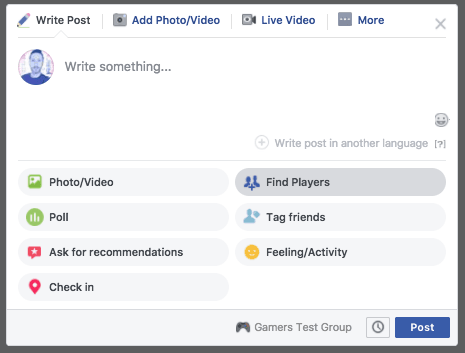 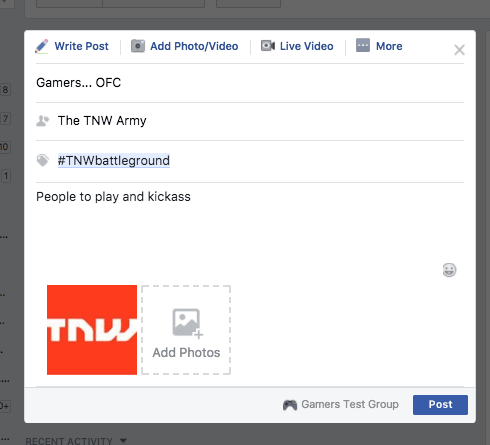 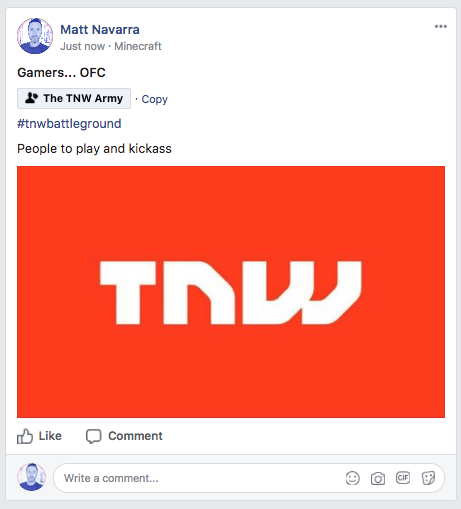 The biggest advantage for this is that it could allow individuals to organize team games for titles that don’t necessarily have a fleshed-out multiplayer component. The first game that comes to mind is Pokemon Go, where you can take part in Raid Battles, but the exploration and catching aspect of the game isn’t quite as collaborative. In this instance, I can imagine someone using the “Find Players” feature to tell their friends that they’ve put down a lure, for example.

I can also see this being used to organise card and tabletop games — like Dungeons and Dragons and Magic: The Gathering.

According to TNW’s Head of Social, Matt Navarra, small-scale trials of this feature have been around as early as October. Currently, Facebook is testing it on groups that are centred around videogames. Navarra was able to access the feature by creating such a group.

We’ve reached out to Facebook for more information. If we hear back from them, we’ll update this post.