This article was published on February 4, 2012

According to a report by AdAge, Facebook has made a huge hire which will change the way the company markets itself to consumers. In fact, Facebook hasn’t done much marketing of itself at all, so this hire is a one to pay attention to.

Reportedly, Facebook has hired Rebecca Van Dyck to be its head of global marketing. Having spent just 11 months at Levi’s, Van Dyck worked alongside Steve Jobs at Apple during the release of the iPhone, iPad, iPod and iTunes. Needless to say, Van Dyck knows consumers. 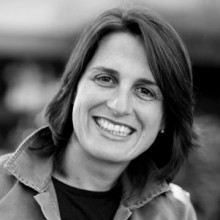 Van Dyck’s history is impressive, as you can tell by her previous experience:

Given that Facebook will be publicly traded within the next three to four months, the company will need to put itself out there to draw more users, developers, and most importantly, businesses to advertise on the platform. Given Van Dyck’s pedigree at Apple, the company could fast become a more user-friendly when looked at from the outside.

We’ve reached out to Facebook for comment and haven’t heard back yet. We’ll let you know if we do, though.

We can confirm that Rebecca is joining the marketing team and we are thrilled she’s decided to join us.