Facebook user John Graham, a 42-year-old Leawood lawyer from Kansas, is suing the leading social network in representation of the 150 million Facebook users in the United States. According to Graham, Facebook is in violation of wiretap laws as it uses a tracking cookie to record web browsing history after users have already logged off of Facebook.

In the past, courts have dismissed similar cases filed under wiretap law against Facebook, claiming that computer cookies do not equal wiretaps. In these previous filings, plaintiffs were unable to prove how Facebook has harmed users. In response to similar cases, Facebook issued this official statement:

“Three of these cookies on some users’ computers inadvertently included unique identifiers when the user had logged out of Facebook. However, we did not store these identifiers for logged out users. Therefore, we could not have used this information for tracking or any other purpose.” 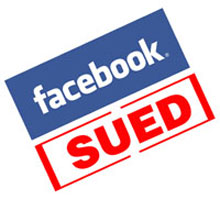 This Kansas lawsuit refers to several state law claims in violation of the Kansas Consumer Protection Act. This is added to the heap of cases in the past where Facebook has been sued over its supposed failure to follow the federal Wiretap Act, a law that prohibits the interception of wire, oral or electronic communications.

The Electronic Privacy Information Center and the American Civil Liberties Union along with eight other privacy groups have collaborated on a letter sent just last week to the Federal Trade Commission. In this letter, these groups urge the FTC to investigate how Facebook is currently collecting information on the online activity of its users, most especially in time with Facebook’s recent changes.

If Graham’s lawsuit succeeds, Facebook might have to cough up statutory damages of $100 per day for each of the class members, or $10,000 per violation, punitive damages and attorney fees with court costs. Additionally, Graham seeks a preliminary and temporary injunction to halt Facebook from storing the mentioned data on its servers.

You tell us: Were you aware that Facebook has been storing your data even after you’ve logged off the platform? How does this make you feel? With the piles of cases stacking up against the social network, who are you rooting for and why? Sound off in the comments.