Way back in December 2010, Facebook introduced a new feature called Tag Suggestions in the States, which used facial recognition techniques to suggest people you should tag in your Facebook photos. It was shortly rolled out internationally too.

The feature caused a bit of a stir in many parts of the world, particularly among privacy groups. It was subsequently suspended in Europe in September 2012, when Facebook revealed it would delete all facial recognition data it had hitherto stored for its European users. This was later confirmed by EU regulators. After a short time-out in the US, tag Suggestions were reinstated there in early 2013, leaving a clear disparity between North American and European Facebookers. 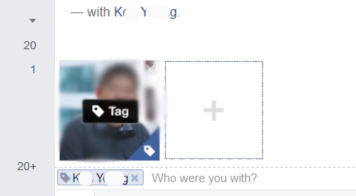 This gap is ever-so-slightly bridged, however, given that European users are able to use Tag Suggest on their US-based friends, though it will only work if that person has the Tag Suggest feature enabled on their account.

This was first noticed by TechCrunch earlier today, and we’ve since confirmed it with Facebook. The social networking giant is quick to point out, however, that Tag Suggest is still very much turned off within Europe (and is thus compliant with EU data protection laws) – Facebook isn’t creating a ‘template’ for individuals’ faces, and nobody in Europe can be identified via Tag Suggest.

In short: People in Europe who upload photos can use Tag Suggest to tag people they know in the US.