Like most normal human beings in the world, I hate lines. I hate waking up too early to wait in one, standing around not knowing when the queue will budge, or that if I leave, it will suddenly move forward.

So when Apple launched its Apple Watch in-store demo stations this morning, the idea of trekking to the Apple Store made me roll my eyes so far back, I saw last night’s hopes and dreams.

Instead, I tagged team with a random guy off the internet who was willing to enter into the tech abyss to send me photos of Apple’s shiny new gadget. For free.

It was unintentional, really.

I was testing Visor, an app designed to crowdsource images and showcase what your local establishments look like in real-time. You can use the app to request pictures of the scene from any public address, such as a park or concert venue, and those nearby can accept the request to deliver results within 20 minutes.

Looking around my neighborhood in Queens, I realized things were a little empty farther out from the city, so I requested a photo of how crazy things were at the Apple Store. One intrepid messenger, Fabian, responded to my request immediately.

Fabian went up from midtown to the flagship store on Fifth Avenue and got me photos in under 10 minutes. Once your messenger reaches the location, you can open a private chat to request more images or angles of the location.

I asked Fabian to get photos of the actual Apple Watch. At first he couldn’t find the demo stations, only watches in glass displays.

At this point I started checking Twitter and Instagram via Worldc.am to see where the stations might be. I noticed most people were trying them on by the spiral staircase.

As I began instructing Fabian where to go and what to do, I realized I was essentially training a stranger to stalk another group of strangers. Shady mentorship at its finest.

My teachings weren’t resonating with poor Fabian, however, as he was unable to locate the stations. He asked an Apple store employee for a hands-on area and did not receive a helpful response. Even Fabian seemed to start losing it.

Apparently out of luck, I thanked him for his time. What’s it they say – if you want to get the job done, you gotta do it yourself? That’s what I get for being too lazy to even bother getting dressed for the occasion.

A few minutes after I closed Visor, I noticed a wall of white station areas by the back end of the store. I pinged Fabian right back; however, he had already left.

“I’d come so far,” I thought. Surely someone else is willing to check out the brand new, revolutionary Apple Watch™ taking the world by a storm.

I waited a good 20 minutes to request another Apple Store paparazzi. Moments later, Visor notified that my request had been accepted by the one and only Fabian – who was traveling down from the Upper East Side back to Fifth Avenue.

This time, he managed to find people who had appointments to try the watch and sent photos of people putting them on. “Tons of people,” he wrote, before adding a smiley.

A little while later, Fabian and I hit a snag. I asked if he could send me a picture of someone who was trying the watch’s wrist, and he sent me… well, this.

I wasn’t exactly sure how to better explain without sounding like a total idiot, but I politely asked for more close-ups. I think he got it this time. 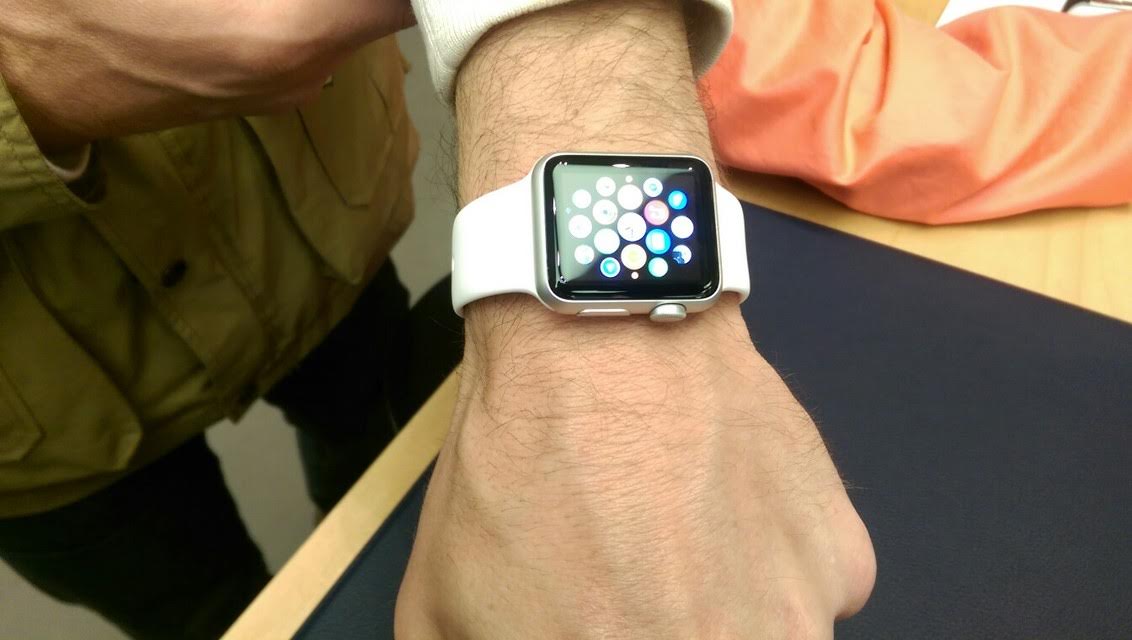 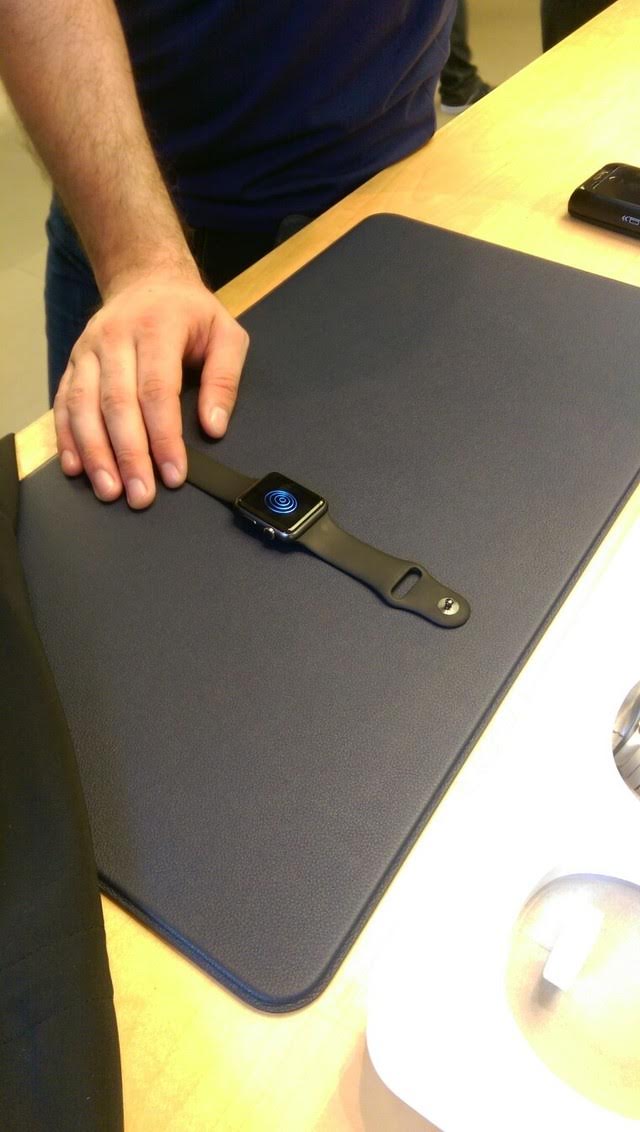 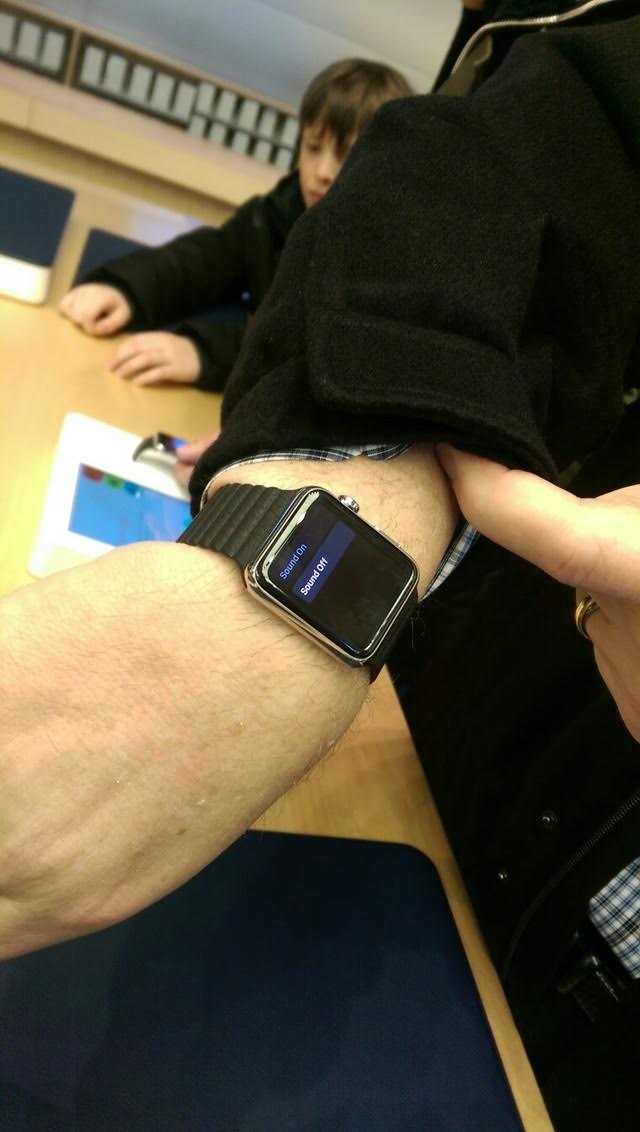 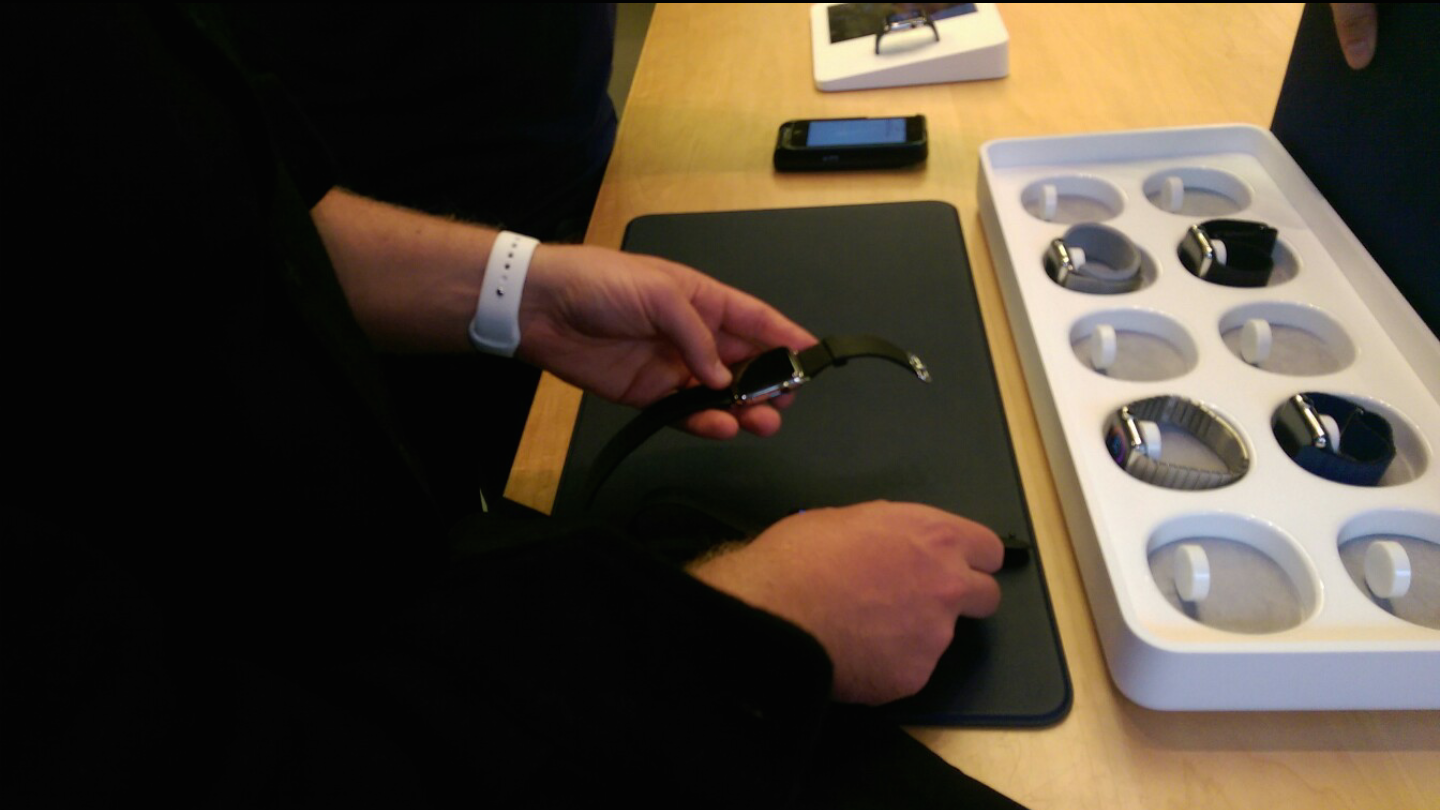 After nearly 20 minutes of Fabian’s time, I asked him one last question before letting him go.

“It looks great. Beautiful. I don’t wear watches, but I’d wear this.”

You’re a hero, Fabian. Thank you.

Read next: The Apple Watch: Everything you need to know