If you don’t think addictive mobile puzzle TwoDots updates with new levels fast enough, things are about to change. We’ve got an exclusive look inside Treasure Hunt, the game’s newest feature that aims to push new levels to users every seven days.

Treasure Hunt is a weekly event that features a mini-map on the side. You can race to finish the seven special levels and receive a special badge if you are the first person globally to beat the event.

But even if you aren’t first, you’ll get an in-game postcard as consolation prize (similar to the postcards received at the end of each TwoDots map). There will also be a leaderboard to compare your scores to Facebook friends and your Treasure Hunt ranking worldwide. 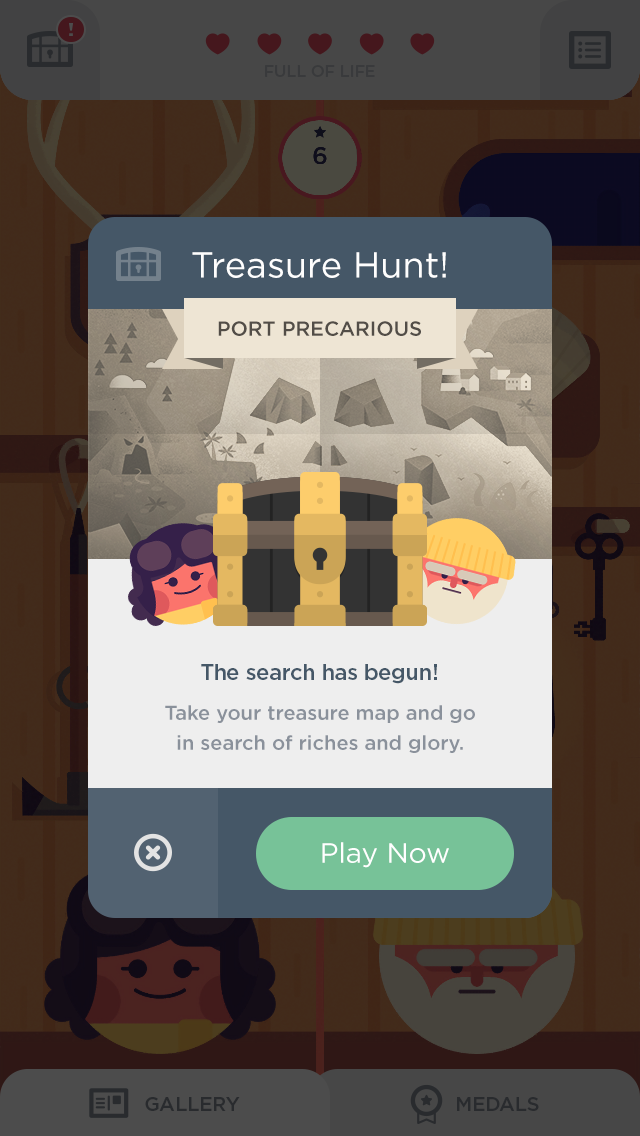 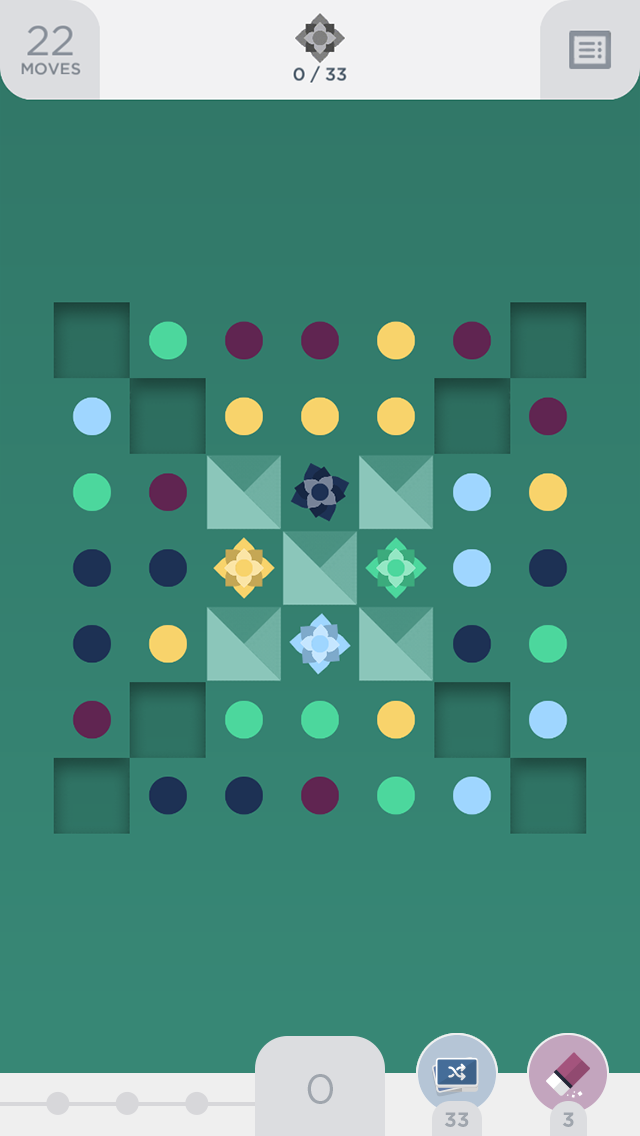 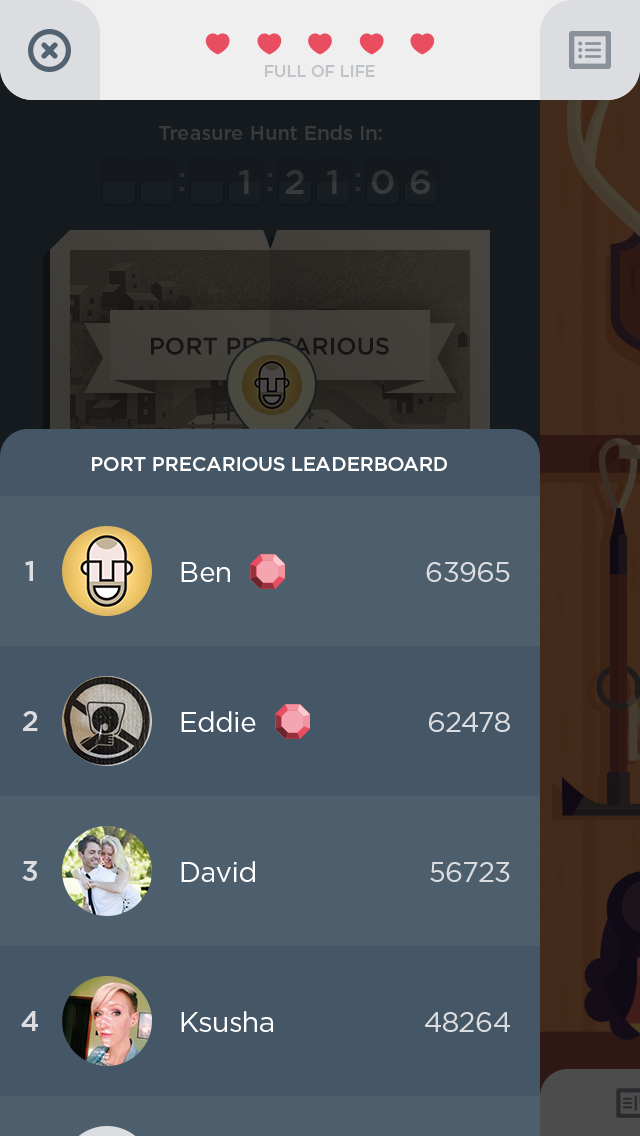 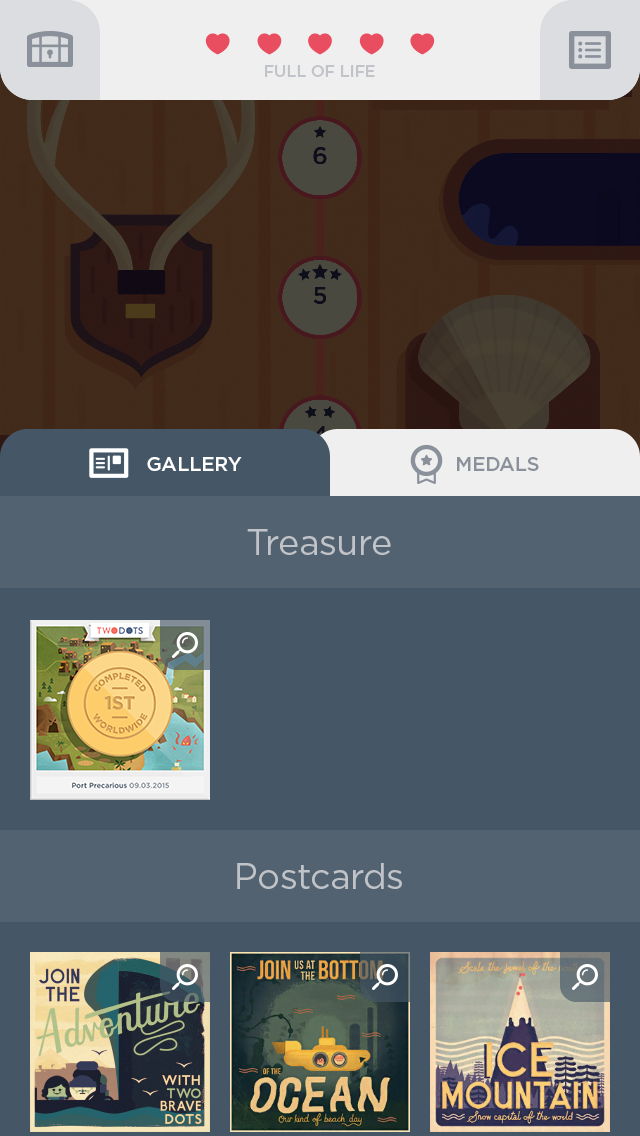 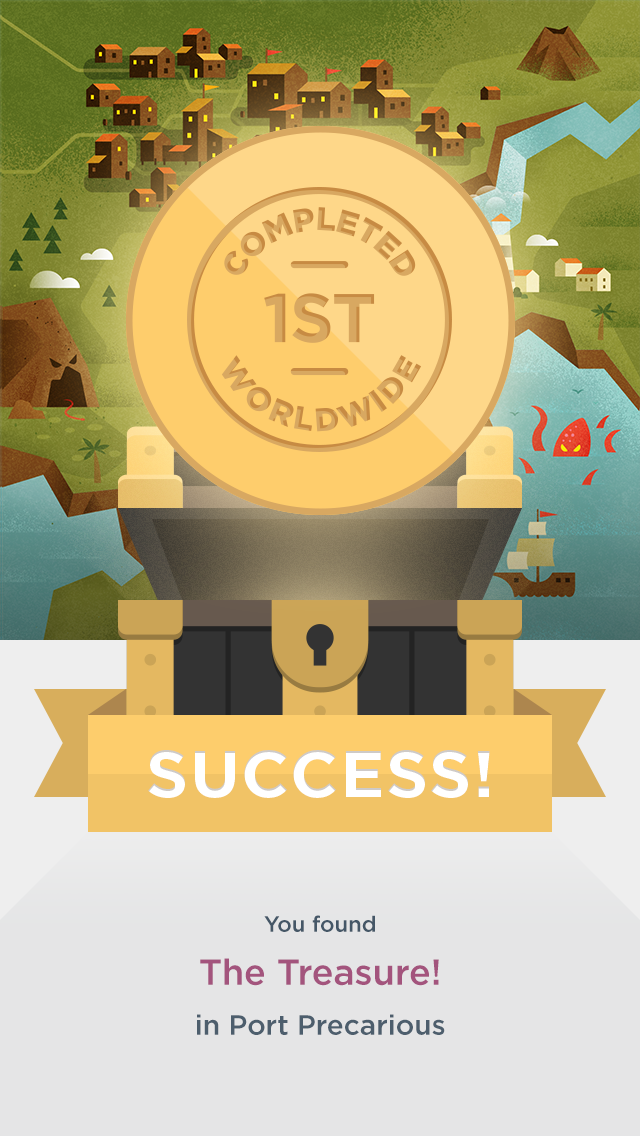 TwoDots game designer Toby Sarnelle says the goal of the event is to allow hardcore players to have new stuff to do every week, while letting those who aren’t as ahead in the game experience mechanics introduced in later stages, such as Nesting Dots (dots that require several hits before breaking) and Lotus Dots (dots that break anything of the same color that touches them.)

As TwoDots’ sole game designer, Sarnelle says the company hopes to expand the team to help build more levels, but at this time he’s got about a month’s worth of Treasure Hunt stages ready to go.

The event levels will complement the latest map, or coincide with time of year, he says, citing the upcoming fall season or holidays. On weeks where TwoDots updates with a pack of 25 new main levels, there won’t be a Treasure Hunt event so players can focus on exploring the new map.

TwoDots’ first Treasure Hunt event launches next Thursday, with subsequent events beginning every Thursday until the following Monday. The game update with the features pre-installed is rolling out today.