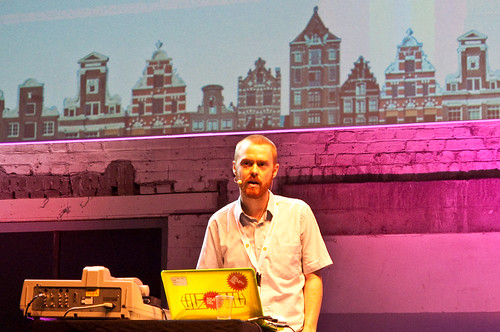 Evan Roth, the final keynote speaker at The Next Web Conference 2010, wowed the crowd with his open source software and art projects.

Roth lives in Paris and has gained a lot of attention with the Graffiti Analysis 2.0 project: “A digital graffiti blackbook designed for documenting more than just ink.”

Hermione (The Next Web’s co-MC) admitted being in tears after watching his movie about the EyeWriter where Tony Quan, aka TEMPTONE, who was diagnosed with ALS in 2003, a disease which has left him almost completely physically paralyzed… except for his eyes, is hooked up to a futuristic device which allows him to write graffiti, with light, on huge buildings.

Roth has made art out Michael Jackson’s first moon walk on TV, art for a Jay-Z music video and with WordPress’s founder to build “humanize” into the WordPress dashboard, which (if enabled) does things such as show an inspirational full-screen video when you hit ‘publish’.

He closed with a hilarious spoof video of the Google Street Car he and others made in Berlin and then with his EyeWriter project. 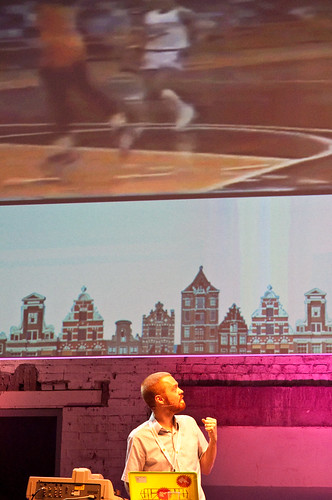