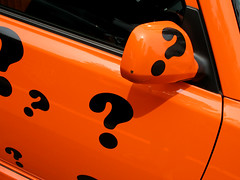 Car manufacturers are struggling to engage with customers through social networking sites such as Facebook and Twitter.

Hyundai Motor Europe’s Marketing Director, Chris Brown, told Car Dealer that most manufacturers remain baffled by social media, knowing that they should be using it but unclear as to just how to go about it.

Brown, a new recruit for Hyundai having previously worked at Honda, describes an old-fashioned industry with many of those at the top finding it hard to adjust.

Car firms often seem to know what messages they want to send out to new and existing customers, but aren’t used to having to react when those customers suddenly discover that they can answer back, by discussing their cars and the manufacturers on social networks.

Brown looks to leading players from other industries such as BT and Vodafone for examples of how customer relationships can be enhanced through the effective use of social networks.

He goes on to suggest that car dealers ought to at the least be looking for people discussing buying  new cars in order to direct them to what they have on offer.