Andrej Kiska is an associate at Prague-based Credo Ventures.

“European startups are able to raise just a fraction of the capital at home compared to their U.S. counterparts. And they receive a lot more value from their investors. Why would I ever fundraise anywhere outside of Silicon Valley?”

I was not surprised to see quite a few such reactions to my recent blog post analyzing investment sizes and valuations in Europe. Looking at the numbers, the decision to fundraise in Silicon Valley for European startups seems pretty logical… at first glance.

However, I am going to argue the opposite. For most European startups at seed and Series A stage, fundraising in the US doesn’t make sense. Or worse, it can even kill the startup.

The art of self-promotion

A couple of stats from the US: Clinkle raised USD 25MM seed round on an app that hasn’t launched yet. GitHub raised USD 100 MM Series A round from Andreessen Horowitz.

Let’s compare the numbers with seed and Series A rounds in Europe: Trustev raises USD 3 MM in one of Europe’s largest seed rounds. GitHub’s investment is bigger than entire funds in Europe focusing on Series A. Looking at such data, no wonder European startups want to fundraise in the Silicon Valley.

One of the things that Silicon Valley is very good at is self-promotion. Every day Europeans open US-based tech blogs that discuss the next USD 10+ MM Series A, making it look like it is every day business in the Valley.

I love Nikhil Basu’s recent analysis of the Series A in the U.S., because it shows just how far off from reality such image is. Average size of Series A investment hovers around USD 6 MM, while the median is at USD 3 MM. That’s actually pretty close to the estimated size of rounds of even our “poor” CEE region that I mention in my analysis.

And one more stat from Tom Tunguz: just 20 percent of seed stage startups are able to raise a Series A in the US. It’s a rude awakening.

The message these numbers send to European entrepreneurs hoping to raise USD 8+ MM seed and Series A rounds if they move to Silicon Valley is clear: you are living in a dream.

The reasons for higher investment size

Some might argue that even a 1-2 MM difference is big enough to justify a US fundraising trip. Yes, it is most likely true that the average and median investment size in the US is somewhat higher. But there is an objective reason for why the US startups raise more than a European startup would: higher costs.

Scott Purcell of Jobspring Partners (recruitment agency focusing on technical employees with a strong presence in the Silicon Valley) mentioned that in 2013 the base salary of a senior engineer for a Series A+ startup was USD 165,000.

I must smile when I compare such figures to discussions I have with our Czech startups, some of which consider a USD 4k monthly salary for a Czech senior developer as very high.

It is such a shame that many European startups still wish to relocate to the US and thus give up one huge competitive advantage we have over the Silicon Valley: the lower salaries of technical employees that allow us to build a world class product for just a fraction of what it costs in the Valley.

If I compare differences in the average investment size (3-6MM in the U.S. vs. 1-3MM in CEE for Series A) with the average cost of a technical employee (USD 160k in the U.S. vs. USD 30-50k in the Czech Republic), I could argue that European investors are actually more generous than their US counterparts.

That’s because the average investment size might be twice as high in the US (median is even less than that), but the average cost of a technical employee (which tends to comprise the majority of the burn rate of an early stage startup) is three to five times higher.

I meet quite a few entrepreneurs who decide to fundraise in the Silicon Valley despite being fully aware that the math is overwhelmingly against them. Why? They say it is because the Sand Hill Road titans, the famous venture capitals of the Silicon Valley, have experience and connections that cannot be matched by any European investor.

I can agree with that to a certain extent. But having seen the experience of such entrepreneurs coming back from their US fundraising trips, I cannot help but say: I don’t think it makes sense for most European startups to raise seed money, and in most cases even Series, A from blue chip US funds. I have three reasons to say that:

First of all, the fundraising process is longer and more expensive than founders expect, and in most cases the process doesn’t lead to an investment. Many European founders think that they will arrive in Silicon Valley and in a month or two come back with a check from Sequoia or Andreessen Horowitz. Encouraged by positive feedback after a 10-minute conversation with a junior person from a good fund during a networking event, the entrepreneurs think the check is right around the corner.

Three to six months later, they still don’t have a closed deal, because the fund is asking for more proof of concept defined as more traction, ideally in the US (a polite way of saying that the fund is not ready to invest).

How can a startup in seed/Series A stage survive without its CEO/co-founder who is halfway across the globe for three to six months? If such fundraising process doesn’t kill the startup entirely, it surely causes a massive defocus from what is really important: building an ass-kicking product and company.

Second, the blue chip funds very frequently require the team (or at least its part) to relocate to the US. They don’t have the time to travel for board or team meetings in Europe.

This often puts a lot of strain on the team, since it might have to split into two (part of the team staying in Europe and part moving). Further, the logistics of the relocation (visa, office, admin, etc.) take months to resolve, causing even further distractions.

The third reason is the saddest. Let’s say you somehow defeated the odds, managed to fundraise from a great Sand Hill Road investor, survived the relocation of your team, and are now ready for that famed investor to introduce you to a bunch of customers, give you regular feedback on product, and provide guidance on how to build a firm.

And then, nothing happens. You call your VC, and he tells you how busy he is and that he might be able to meet you in a week or two, if he actually picks up the phone. And then the math creeps up again: the fund manages USD 1+ Bn and has 100+ portfolio companies. The 10+ partners that manage the fund must split their time between all these companies and see a couple of potential investments per day.

How much time do you think they can allocate for a company they invested USD 3 MM, or 0.3 percent of their fund into? Especially if it is in the portfolio section next to GitHub or Clinkle?

When to go to Silicon Valley

Don’t get me wrong: there are European companies who raise from the US investors at the seed and Series A level and are very happy. But a lot of things have to go right.

I am a huge fan of the Silicon Valley investors and am convinced that they can add a tremendous amount of value to any European company. The key factor in getting the US fundraising right is timing.

I love to see our startups tweaking the product and proving the business model in Europe first, and thus maturing into the US expansion. They use part of the Series A investment to set up the US office, sign first customers there, and gently start flirting with the US investors.

Then, when the time is right, they raise the Series B and C from the Sand Hill Road investors who help them conquer the world.

By then, the investment is big enough for the US investors to be motivated to help the startup (even to travel to board meetings in Europe!), and for the European seed and Series A investors to be happy about their returns. And for the entrepreneur to be excited that he has conquered the Western world the mature way, one step at a time. 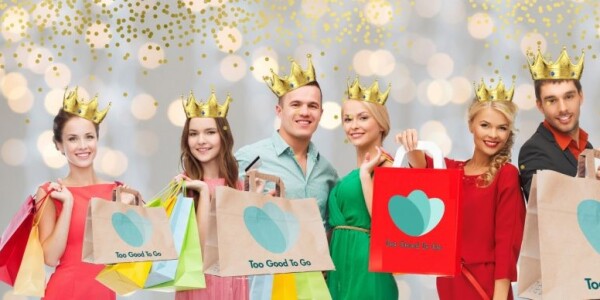 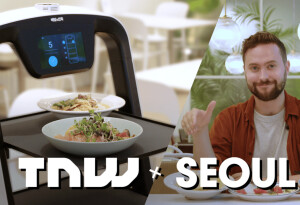 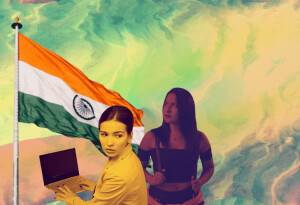