Rapper 2 Milly yesterday revealed he was suing Epic Games, the creators of Fortnite, for copying his dance, the Milly Rock, in one of their emotes. The problem, he says, is not just that he’s not being fairly credited and compensated — it’s that he’s just one of several artists who’ve been treated this way by the game company.

In the complaint filed by 2 Milly’s (real name: Terrence Ferguson) lawyers in a California court, they allege that Epic Games ripped off several artists, saying, “Epic has consistently sought to exploit African-American talent in particular in Fortnite by copying their dances and movements.” The complaint goes on to cite six different instances of this, including the Milly Rock.

Reactions to this lawsuit have been decidedly mixed. Some are sympathetic to Milly’s position:

it's kind of unfortunate that by necessity this story is framed as being about money. this is another story in a long history of black americans feeling as though other people profit on the things they create. yes, even things as small as a dance. https://t.co/WD7LYLeOni

Others feel his case is a bit of a stretch:

Listen, I understand where certain people are coming from but this is straight dumb. How are you going to sue Epic for "stealing" a noncopywrited dance but you dont sue all the rappers who used the dance physically and/or verbally in their music?

It’s not the first time someone has accused Fortnite of skimming from the talent of artists without crediting them. Back in July, Chance the Rapper suggested the emotes should be accompanied by the music of the person who popularized them, just so they would have some form of credit.

Fortnite should put the actual rap songs behind the dances that make so much money as Emotes. Black creatives created and popularized these dances but never monetized them. Imagine the money people are spending on these Emotes being shared with the artists that made them

Just before this, esports presenter Malik Forté tweeted the “true origin” of the Milly Rock, as he was concerned many would just call it by its Fortnite name instead from that point on:

The dance has been popular in Brooklyn since 2015, when this dropped: https://t.co/fxKmZyLcaZ

Many will call it the "Swipe it" dance from Fortnite after today, so for the culture, I thought u should know the true origin. pic.twitter.com/VN668A1fnv

The discontent over the issue bubbled for some time, though it did nothing to put a dent in Fortnite‘s runaway success. Rumors about 2 Milly in particular pursuing legal action have been cropping up since September, but he’s far from the only one who’s unhappy.

BlocBoy JB, who popularized the Shoot dance, complained that the move, which was put in the game under the name “Hype,” was not properly credited as his:

Actor Donald Faison, who played Turk in Scrubs and whose improvised “Poison” dance is one of Fortnite‘s standard emotes (literally a frame-for-frame recreation), told fans who asked him to recreate the dance to play Fortnite instead, “because they jacked that shit.” According to PCGamesN, when series executive producer Bill Lawrence implied he’d approved Fortnite‘s use of the dance, Faison said, “I don’t get no money. That’s what y’all are thinking, right? Somebody got paid? No. No. I did not. Somebody stole that shit, and it’s not mine any more.”

Marlon Webb also complained in June about Fortnite stealing one of his moves for the “Best Mates” emote:

Other recognizable dances include Snoop’s “Drop it Like It’s Hot:”

Alfonso Ribeiro’s “Carlton” dance from The Fresh Prince of Bel-Air:

And a move-for-move recreation of a dance Will Smith did in the same show:

Notably, it’s not just African-American dancers who have had their dances used without credit. The popular “floss” emote is the same move as that of Backpack Kid, who confessed in an interview with TMZ that he never got royalties or compensation. When asked, he said, “I think I should, but it’s not that big a deal. I’m just glad that it’s in the game.”

Also, while it’s not exactly clear who created the “Orange Justice” dance, Roy Purdy, the dancer who popularized it, said on Twitter he wasn’t credited either.

The sincerest form of flattery?

Faison’s complaint brings up two of the cited problems with the use of the dances: one being that the creators aren’t profiting from their work. As 2 Milly’s lawyers point out in the legal document, the emotes are sold in the Item Store. 2 Milly’s dance was originally offered as an unlockable reward for those who own a Season 5 Battle Pass — it was part of an item that costs real money, meaning Epic did profit from using the Milly Rock in a way. The company also used the Milly Rock in some of its material advertising said Battle Pass:

Gather your squad and shoot some hoops with the new Basketball Toy ?

The second complaint is that, by stripping the proper name and context of these dances, Epic is essentially taking them away from their creators. Recall Faison saying “It’s not mine anymore.” While Snoop Dog’s “Drop it Like It’s Hot,” might still be popular enough for the “Tidy” emote to be recognized for what it is, for a generation of kids too young to know Scrubs, Faison’s grooving is “The Fortnite Dance,” as the Milly Rock is “Swipe It.”

As 2 Milly’s lawyers say in the complaint:

Epic uses the Milly Rock, and other dances, to create the false impression that Epic started these dances and crazes or that the artist who created them is endorsing the game. Indeed, players have posted thousands of videos of themselves performing the “Swipe It” emote with the hashtag #fortnitedance, without referencing the Milly Rock or crediting Ferguson as the dance’s creator and owner. Accordingly, upon information and belief, Epic actively and knowingly directs, causes, induces, and encourages others… to misappropriate Ferguson’s likeness and the Milly Rock dance.

In a Kotaku story from July, 2 Milly repeated his annoyance that he wasn’t credited for his dance, saying:

I do feel like Chance was very correct in what he said and that if you would have incorporated the song along with the dance title ‘MillyRock’ in Fortnite instead of not using the record and changing the name to the “swipe it” stealing away from my artwork then I’d might be ok with it if we worked out some type of agreement…I just feel like the appropriate thing to do is compensate me with a fair amount for my addition to the game.

Some in the community have pointed out that Fortnite is far from the only game out there to have emotes based on popular dances — Overwatch and Destiny both have them, and as yet none of the creators of those dances have come forward asking for compensation. Others question whether it’s even possible to have a legal claim over a dance move, which appears to be a foggy area. According to the US Copyright Office, individual dance steps or short dance routines cannot be copyrighted, “even if a routine is novel or distinctive.”

2 Milly said in an interview with TMZ  that, when it comes to it, he’s not trying to take down the whole game:

I’m not actually trying to sue for the whole game. Whatever they made off Season 5, off that “Swipe It” emote, that’s what I’m searching to get fair compensation on. That only. They took my craft, and they sold that… I don’t wanna ruin kids’ lives. The game is for the kids. But just the fact, the way they did it — that’s not business. I think it should be taken out.

Meanwhile, Chance the Rapper, who helped spark some of the conversation, is clear about whose side he’s on:

I hope 2milly get his bread. Just so all these internet paralegals can get even madder.

A rep for Epic Games declined to comment on this story. 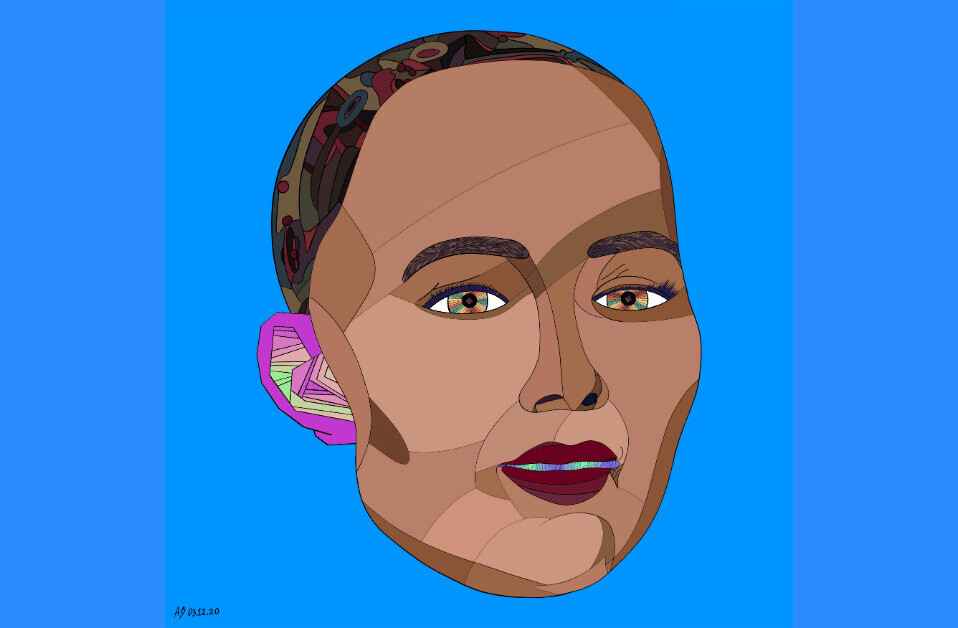