Monty Munford is the founder of Mob76, a company that helps companies become investible and prepares them for exit.

The Third Mainland Bridge is one of three bridges that connect Lagos’ Victoria Island with the ‘mainland’ and is the longest bridge in Africa.

Opened in 1990 and more than seven miles long, it passes over the waterborne slums of Lagos, a very far cry from the embassies and high-class hotels that are based on Victoria Island.

For many Westerners, Victoria Island resembles the polar opposite of the imaginary Manhattan Island, the high-security prison depicted in John Carpenter’s film Escape From New York. On the island, life is as it is in the West, but the danger lies outside the island and across the Third Mainland Bridge.

Lagos is dangerous and it is probably the most competitive bazaar on the planet. With a population estimated at between 21 and 23 million people, every month another 50,000 people converge from across Africa to live in the city.

Not only is crime prevalent, but the traffic in the city is astounding. For those who awake at dawn, driving is possible, but at some time after 6:30 AM, the roads snarl up and estimated journey times turn from minutes to hours.

But somehow Lagos works. Its chaos and insanity melds into a working city that was predicted by the architect Rem Koolhaas (with the Harvard Project on the City) in the 2001 book Mutations when he said that Lagos was a city of the future and one that Western cities would eventually base themselves on.

Nigeria itself is home to 170 million people, a figure that is expected to rise to 400 million by 2050, and the biggest market in Africa. It has made and wasted billions of dollars in oil revenues and outside Lagos the country is corrupt and doesn’t even run a Postal service for its people.

Moreover, investment in the country has been slow to accelerate. Perceptions that it is too dangerous to do business and that corruption is rife are largely correct. According to Transparency International in 2013, Nigeria was the world’s 144th most corrupt country out of the 177 countries monitored.

Then, there’s the infamous email scams of which Nigeria is most widely known. Seen by many in the country as the only way out of poverty and a valid business alternative, emails promising riches to vulnerable people in the West have branded the country as one to stay away from.

But aside from perceptions, a potential market of 400 million people over the next three decades will always focus the minds of entrepreneurs, and the type of entrepreneurs that see better opportunities than swindling an innocent person by email.

A clue to the biggest of all these opportunities is the lack of a postal service in the country. The chance to be the ‘Amazon of Africa’ and to dominate e-commerce in Nigeria, and the rest of Africa, is one that entrepreneurs, and increasingly investors, are taking seriously indeed.

Two companies, Konga and Jumia, are increasingly setting the agenda for e-commerce in Nigeria after starting and testing their businesses in the hottest crucible of them all; Lagos. Promising delivery of goods in the city within 24 hours appears impossible, but one that both companies achieve with aplomb. 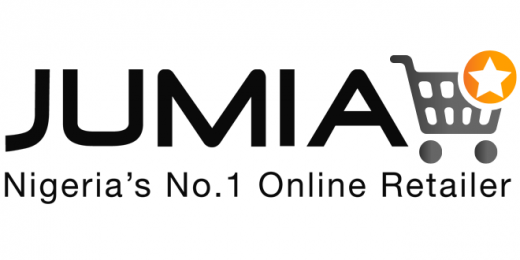 The latter of these two companies, Jumia, has had significant investment. In June of last year it raised $35 million from Millicom International Cellular, following Serie A funding of $26 million earlier that year from Summit Partners.

“We started with three employees building up an e-commerce platform in Nigeria. Now, we have more than 500 employees and we deliver the widest range of products in the country,” said Raphael Afaedor, co-founder of JUMIA, at the time of funding. “We focus every day on delivering a fantastic shopping experience for our customers – fast, secure and stress-free.”

Konga is another investor darling. This e-commerce company raised $25 million Series B at the start of 2014, bringing its total investment to $38.5 million.

Earlier this year a 12-person delegation from Facebook in Silicon Valley visited the company in Lagos to strengthen the relationship between the two companies; there are more than 12 million Facebook users in Nigeria.

But while Konga and Jumia fight it out in Lagos, raising money, building bigger warehouses and expanding their nationwide services, there are other smaller companies that are stealthily moving into the e-commerce space.

One such company is Gloo.ng, a supermarket delivery company whose founder, Dr. Olumide Olusanya, wants to be the ‘Ocado of Africa’, referring to the highly successful UK delivery arm of Waitrose supermarket.

Dr. Olusanya practised medicine in Nigeria for eight years, but considered that technology offered the chance of a lifetime to become a power-player in the country. Instead of making a dent in the future of Africa by treating and helping patients, he wanted to make his mark in a different way.

“We believe that we are at the threshold of a great opportunity whose window will only be available for a short while. The window of opportunity is to make online supermarket shopping the de facto retailing means of shopping for supermarket goods in Nigeria, and leapfrogging Nigeria and Africa straight into the future of supermarket retailing,” he said.

“This was a $33 billion market in Nigeria in 2012 in which the two biggest brick-and-mortar players had a combined market share of 0.9 percent, with less than 13 outlets in a nation of 170 million people. The fact that 65 percent of first-time Gloo.ng users become repeat shoppers is proof that we are on to something huge.”

The company has quadrupled in size in the past 12 months and earlier this year moved to a 20,000 square feet fulfillment centre (compared to Jumia’s 90,000 square feet facility) and is apparently close to big investment from US backers.

The future of e-commerce in Nigeria and Africa may also pivot on the use of drone technology. Just as the continent has leapfrogged fixed-line internet by the all-conquering mobile phone (80 percent of Africans now had mobile phones in 2013 according to a report from TA Telecom) so the same may happen to transportation.

Why build expensive roads infrastructure when drones can deliver a payload of parcels cheaper than cars or motorbikes? This year’s Flying Donkey Challenge is likely to bring such dreams closer to reality. Companies will have to make drone delivery baskets that can fly around Mount Kenya, delivering and collecting a number of 20 kilo payloads as they do so.

“Africa’s population will double in our working lives and its economy will quadruple in that time. Drone delivery won’t solve the question of land rights, food security or water rights, but it could have a huge influence on the transportation of goods,” says Jonathan Ledgard, Director of Future Africa at the Lausanne-based Swiss Federal Institute of Technology and supporters of the Flying Donkey Challenge.

While drone delivery may seem a long way off for Nigerian companies such as Konga, Jumia and increasingly Gloo.ng, the pace of change in the country and the continent should not be underestimated.

According to Future Africa’s Ledgard, in 2002 the wildest expectations of emerging African mobile phone operator Safaricom were 400,000 users in the next ten years. The company now has more than 17 million users.

Konga, Jumia and Gloo.ng may not be household names, but like the predictions of Rem Koolhaas earlier this century, they may become as futuristic and important as Lagos when it comes to the way cities will exist…  although unless they are using drones, the one certainty is that the Third Mainline Bridge in Lagos will still be an utter nightmare to navigate.