While, more often than not, Internet censorship in the Middle East is usually part of totalitarian governments attempts to stop anti-regime protesters from communicating freely, an Egyptian Member of Parliament has set his sights on a whole other aspect of the World Wide Web, Egyptian daily Al Ahram Online reported earlier this week. 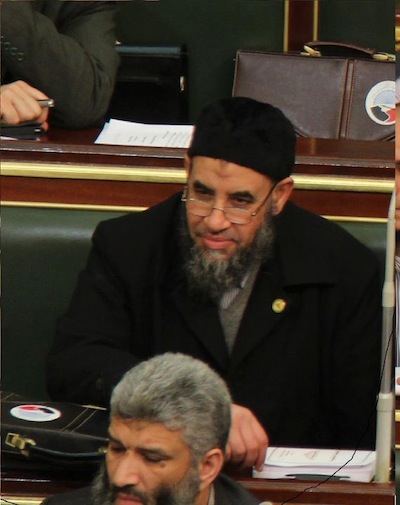 In an interview [Arabic], he said it was his responsibility to ensure that laws and regulations in Egypt adhere to the moral and religious fabric of the country’s society, adding that pornographic sites have taken Egypt’s youth down an immoral path and has had a negative effect on families, leading to divorce and rape.

The request was made during a parliamentary session, and was also posted on the political party’s official Facebook page [Arabic]. The post has since received over 4,000 likes, over 1,500 shares and over 700 comments, most of which were positive, including a request to extend the ban to TV channels as well.

Not all comments however were positive, both on the Facebook post and on Twitter. While supporters of Al Nour Party welcomed the call for the ban, the MP’s request was also met with a fair share of criticism and derision, mainly questioning the timing.

Some said that there were more pressing issues that Egypt needs to address before turning an eye on what appears to be a pretty popular past time in the country. Others worried that the ban would only lead to further restrictions, extending far beyond just pornographic sites.

The reaction on Twitter took on a far more humourous nature, under the hashtag, #EgyptPornBan, with most Twitter users simply making fun of the request, suggesting a download marathon, just in case the ban does take effect.

Looking at the top 100 sites in Egypt, according to Alexa, amidst the social networks, news sites and forums, there appear to be at least 6 or 7 pornographic sites that make it into the list.

According to Google trends, Egypt came in at number 5 globally last year, when it came to searching for the term ‘sex,’ with the highest volume of searches coming out of the upper Egyptian city of Aswan.

This is not Egypt’s first attempt to rid its citizens of access to pornographic sites. In 2009, a court ruled in favour of a ban, but it was not enforced.

In the interview, when asked about how it would be possible to gain control over something so highly uncontrollable,  the Egyptian MP said that even if they can’t completely ban these sites, making it more difficult to access them would be a good start.