Büro Destruct is an internationally acclaimed design studio based out of Switzerland. The team, very well-known for its type design, has just recently crafted a typeface based on Edding 850, the boldest marker from Edding (the German equivalent to the ubiquitous Sharpie).

As Creative Applications describes, Büro Destruct’s “team started scribbling and doodling straight away with countless sheets and letters they abandoned the idea of doing a script they’ve preferred the idea of each letter becoming a logo by itself.”

As the font evolved, it was broken down to its simplest form, based only on the thick and thin strokes, which created a modular system that could be assembled digitally. 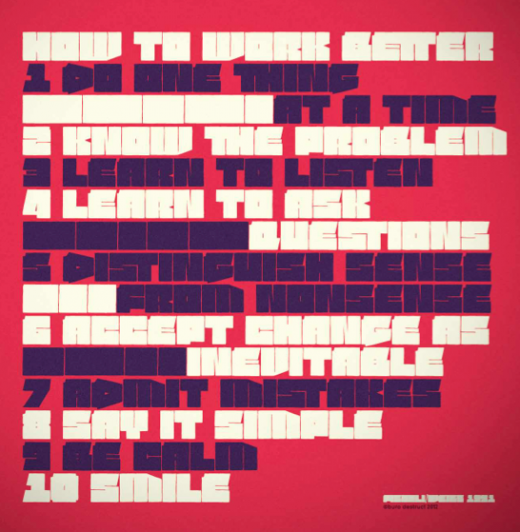 The resulting typeface is quite impressive and distinctive, and the accompanying HTML5 web app should catch even more attention. It is an “endless whiteboard, following the principle of Edding marker – what has been written, can’t be erased.”

Anyone can download the font for free, but only after writing something in the Web app first; a rather interesting quirk. That, tied in with the fact that the online text editor works in real-time, makes for a memorable experience. 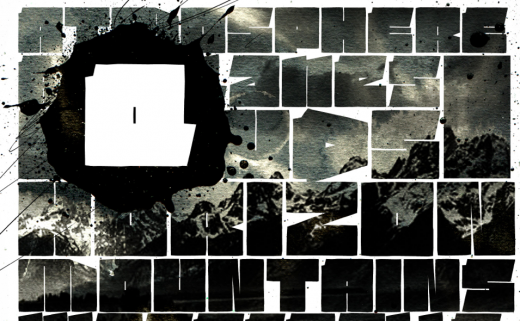 Check out the Web app and the project gallery, which showcases some of the best examples of how such an abstract typeface can be used for beautiful compositions . 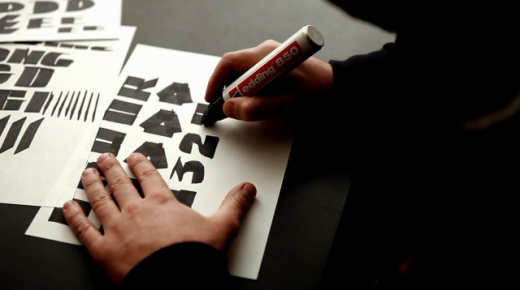