It’s been more than two years since we first caught up with Earbits, which we called a new breed of artist-focused Internet radio. And today, it’s launching its very first iOS app. 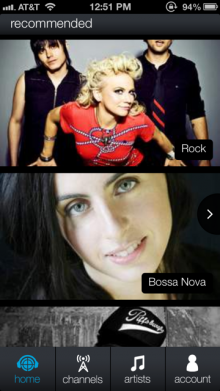 After installing the mobile app, you can also receive music channel recommendations based on existing songs stored on your handset.

Back in February, Earbits introduced a new social currency called ‘Groovies’, letting indie music fans unlock on-demand streaming features by recommending an artist to a friend via Facebook, tweeting about a band, or joining the artist’s email list. It then went on to launch its Android app in April.