Update 2 – 12 January: Dropbox now says its service should be ” up and running” for all users.

Cloud storage service Dropbox is experiencing intermittent outages this evening. Around 6:00pm PST, accessing the service either by Web or through its mobile apps not possible. The API has also apparently stopped working as of 5:45 PST, as Dave Winer noted.

A company spokesperson issued a statement saying: “We are aware of an issue currently affecting the Dropbox site. We have identified the cause, which was the result of an issue that arose during routine internal maintenance, and are working to fix this as soon as possible. We apologize for any inconvenience.”

Update – 10 January: Dropbox has fixed the outage and confirmed that the leaked user info is a hoax:

Dropbox site is back up! Claims of leaked user info are a hoax. The outage was caused during internal maintenance. Thanks for your patience!

The original story is below. 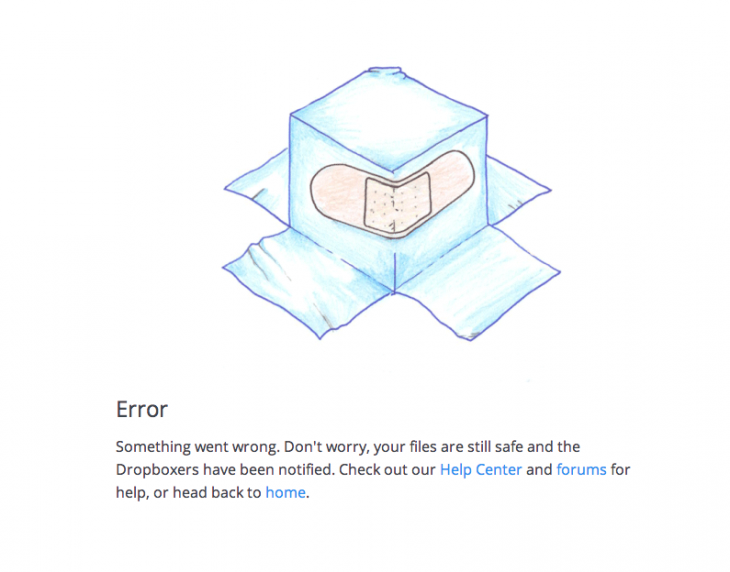 The account has more Tweets that talk about how the hackers did so to expose vulnerabilities in Dropbox’s website. Additionally, it claimed to have access to a database and threatened to leak it if fixes weren’t made. It’s interesting to note that this weekend marks the one year anniversary of the death of Internet activist and computer programmer Aaron Swartz.

Update: As many have pointed out in the comments section and on Twitter, the “leak” is a hoax. Our apologies for the error and this post has been updated to reflect this.

When inquiring with Dropbox about whether it had a security breach, the company remained firm in its response and attributed its current outage on a “routine maintenance” issue.