Today at its headquarters in San Francisco headquarters, Dropbox announced that it is rolling out a new preview feature, called Dropbox Documents Preview, that will help users scan files quickly, and select the one that they need.

Not all file types will be supported, but a goodly number are: .doc, .docx, PDFs, PowerPoint files, and others, but not Excel files. For files that are not supported by the new Quick Preview function, users will retain the option to download or share the file in question.

Users will be given the new Quick Preview functionality over the next few months.

Also during its demonstration today, Dropbox repeatedly hit on the theme of providing its users a more content-focused interface in its web interface. It wishes to move away from the file-system view that has dominated its interface design in the past. 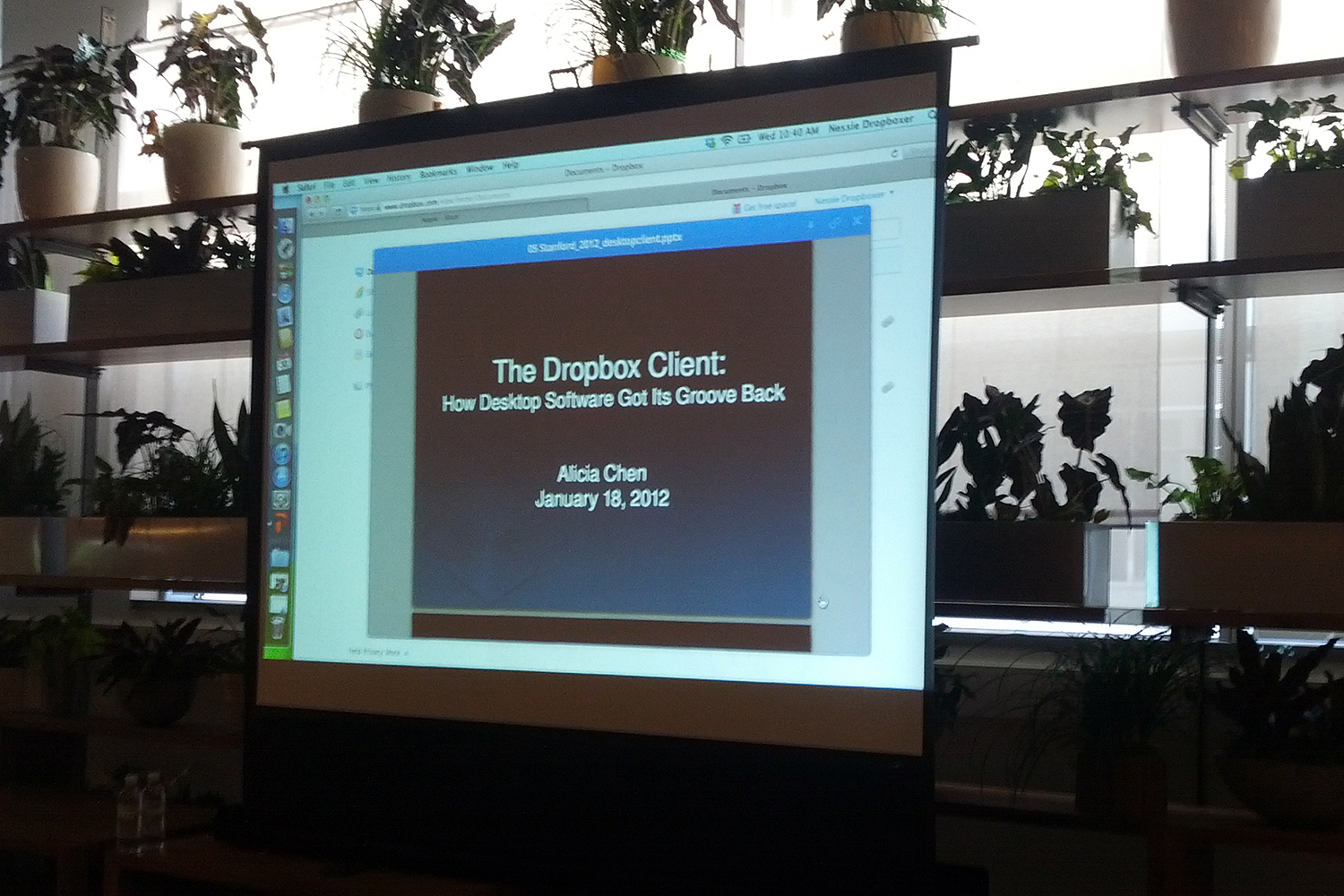 In practice this has two impacts: content that you have stored on your Dropbox account is much easier to parse, and you can expect the sharing of content to be far simpler to share. The company has been hard at work building new photo sharing tools, helping folks to “organize their stuff, and sharing it with other people” in quick fashion.

Asked if the interface choices that it is currently making will migrate to its desktop apps, the company was demure. The new interface however will be coming to mobile and tablet applications. On the Android app it is already live.

Dropbox is certainly trying to be more social: building out a simple way to share photos while making the collation of subsets of photos more simply will likely boost the number of shared photos per day, which will help the company drive user growth.