Earlier this month, Ukraine launched a campaign to assemble the world’s first “Army of Drones.” It called on the international community to donate funds towards new drones or to “dronate” their own recreational and commercial drones.

That’s because Ukraine’s military doesn’t have an official drone unit, so drones supplied and funded globally will play a critical part in protecting the country against Russian occupation.

The initiative is facilitated by President Zelensky’s global fundraising initiative, UNITED24, together with the General Staff of the Armed Forces and the Ministry of Digital Transformation.

How are drones used in warfare?

Drones (also known as unmanned aerial vehicles) have long been a part of warfare in many parts of the world.

Military drones do the same, but at greater distances, covering larger frontline sections with the capacity to continually monitor an area for two days while flying at a distance of up to 160 km (almost 100 miles).

The military can use them to attack targets such as ammunition dumps and artillery fires on enemy positions.

According to Colonel Oleksii Noskov, Assistant Commander-in-Chief of the Armed Forces of Ukraine, the drones donated and funded through the campaign will allow the military to constantly monitor the 2,470km-long frontline.

First batch of your drones has arrived to the frontline. Now they will serve as real soldiers within world’s first Army of Drones. Every such ‘dronation’ saves lives and getting Ukrainian victory closer. Support the light side via @u24_gov_ua. https://t.co/wu9znxbSGN pic.twitter.com/fePQdRfoPn

What kinds of drones can I donate?

We spoke to Yuriy Shchygol, Head of the State Service of Special Communications and Information Protection of Ukraine, who told us that Ukraine is seeking drones for aerial surveillance.

Tactical drones are particularly in demand as they are difficult to detect and, thus, challenging for the enemy to take down.

These should come equipped with

Shchygol noted, “Our defenders will be especially grateful for a drone with a thermographic camera.”

The military also needs thousands of ordinary civilian drones. They can be new or used.

Shchygol stressed that the number of required ordinary civilian drones is immense and in the thousands: “Every frontline unit needs drones.”

What about electronic espionage?

We asked Shchygol about the security of the critical data captured by drones. He explained that the military is taking steps to prevent sensitive information from falling into unauthorized hands.

All drones are tested in the combat environment before being deployed to prevent the risk of electronic countermeasures (such as hacking, remotely disabling drones, or shooting at drones) in occupied territories by the Russian federation.

To date, there have been no proposals from Chinese suppliers.

What has been the impact of the campaign so far?

The first day of the campaign raised more than $2.86 million, which grew to $6.8 million in less than two weeks.

Around UAH 200M have been donated for the Army of Drones! We’ve launched this project only on Friday; and already 2 Warmate unmanned systems are in purchase process for Army. Also dozens of your drones arrived to the warehouse. Don’t stop with dronations: https://t.co/R8ETAZ2pIZ pic.twitter.com/Mayc4OcirT

Funding doesn’t only cover drone acquisition, but also their repair and the cost of training military personnel in using them.

Want to donate a drone?

Of course, you do! You can send appropriately packed drones to the US or Poland —-  here are all the details.

People in Estonia can also contribute to the Adopt a Drone program. The funded drones include “Welcome to Ukraine, Suka” and “Drony McDrone Face.”

The Ukrainian Yellow Blue Foundation is also fundraising for drones to assist in the removal of landmines. Flown in remote surveillance, they can identify explosive landmines to aid in their removal. 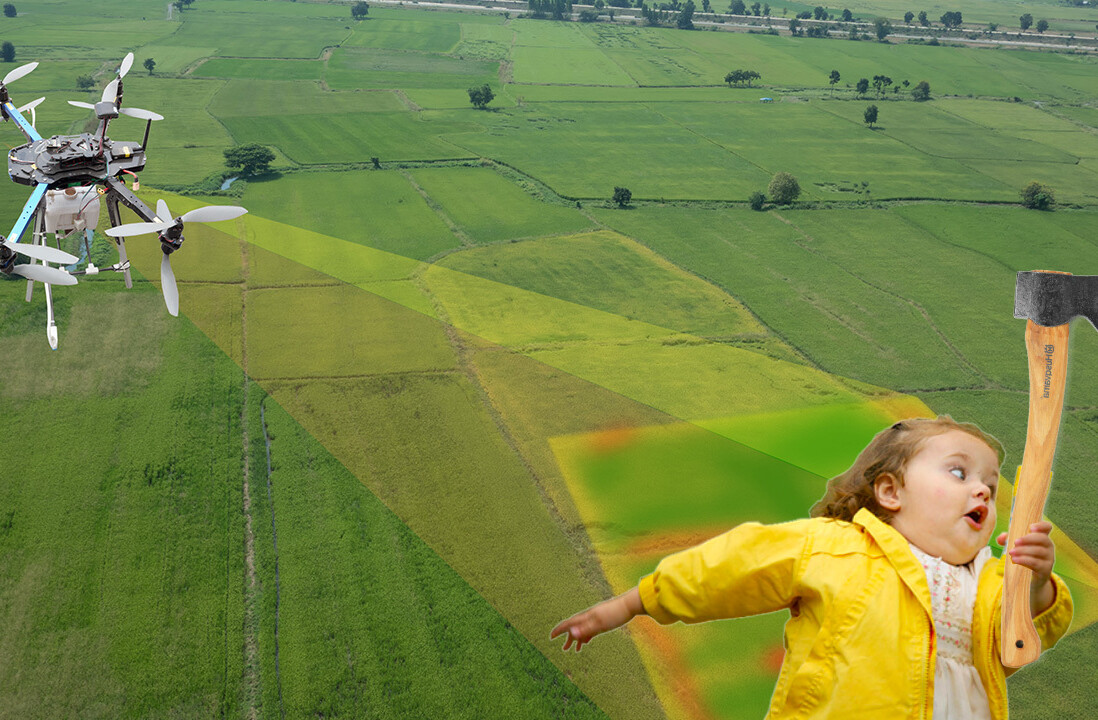