This demo day, which marks the accelerator’s ninth class overall since being founded in 2008, features nine young tech companies, all of which participated in the 14-week accelerator program at the Capital Factory.

Ahead of the event, which will be held at the Bob Bullock Texas State History Museum in front of roughly 650 people during SXSW, meet DreamIt Austin’s first class:

Doccaster, originally based in Orlando, FL, helps event organizers track “key activities at their event,” including exhibitor documents, attendee interactions and leads generated. Its goal is to help organizers attract more sponsors, exhibitors, and attendees to their events.

Philadelphia-based FastFig calls itself “the word processor for math.” Its mission is to help students, teachers and professionals solve math problems, both easy and highly complex, online.

Citing rapidly declining journalism jobs in the United States, Newscastic connects journalists with “paying story assignments in their area” which are paid for by local companies. Hailing from Albuquerque, NM, Newscastic boldly believes it will redefine local news. 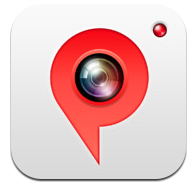 Entering into the highly competitive video-sharing space, Pincam is an iPhone app which lets users “Pin” five second highlights from videos, which can be filtered and shared. Pincam is based in Seoul, Korea, and is already available in the App Store.

Also operating in the events space, LA-based Planana helps brands “turn attendees into promoters” by offering perks. The company claims its service can “increase registrations & maximize exposure for your event.”

NY-based Seer highlights “what matters” across email and cloud-based services like Evernote, Dropbox, Google Drive and Gmail. The startup is targeting small businesses, and believes it “helps you take back 25% of your day.” 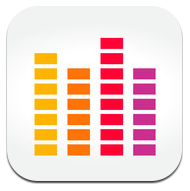 Also hailing from NY, Stereotypes says its app lets you “enjoy the euphoric feeling of partying with your friends anytime you want.” The startup offers a music-centric group messaging service which lets users share songs and chat — “all the same things you might do at a party with friends.”

TrendKite is an analytics and search-focused service which aims to help companies write better press releases. The Philadelphia-based startup touts that it can help predict the amount of traffic a release will drive, as well as how many tweets it will receive and how the media will react.

Tel Aviv-based YEVVO is a mobile-focused live video sharing service which lets you “push live video to your friends” from one smartphone to an unlimited number of mobile devices. The company claims its app is “like Twitter, but for real-time live video streams in HD.”

For more on DreamIt Ventures, take a peek at all of its portfolio companies, the results of its last NYC program and this list of five promising startups from its class in Philly.