If there isn’t a drone under your Christmas tree this year…well, you might be the only house on the block that can say that. The FAA estimates there are now more than 2 million drones zipping through U.S. skies, a number that’s nearly doubled since 2017.

Over that time, DJI is the company that’s become synonymous with consumer drones. Led by their flagship Mavic and Phantom drone lines, the company now accounts for over 3 of every 4 crafts sold. Now, they’re unleashing the next wave of their drone innovation with the DJI Mavic Mini, available for just $399 from TNW Deals.

At around half a pound, the Mavic Mini doesn’t require a federally-mandated drone pilot license, yet still includes many of the options that make the full-size Mavic so popular. Stabilized by a slick 3-axis gimbal system, the Mavic is preloaded with flight modes capable of capturing gorgeous, smooth and crystal clear 12MP photos and 2.7K Quad HD videos while flying.

Of course, if you want to fly on your own, the Mini comes with a dedicated remote controller, which also maintains an HD video feed at a distance of nearly 2.5 miles.

On top of all that hardware, the Mavic Mini is also remarkably simple to use. The Flight Tutorial gets new pilots started quickly; and once you’re synced with the DJI Fly app, fully choreographed maneuvers allow you to grab truly cinematic shots with just a few taps. The Mavic Mini’s size also allows for up to 30 minutes of flight time, about double the time of similar models.

You can get a Mavic Mini now for only $399 while this offer lasts. 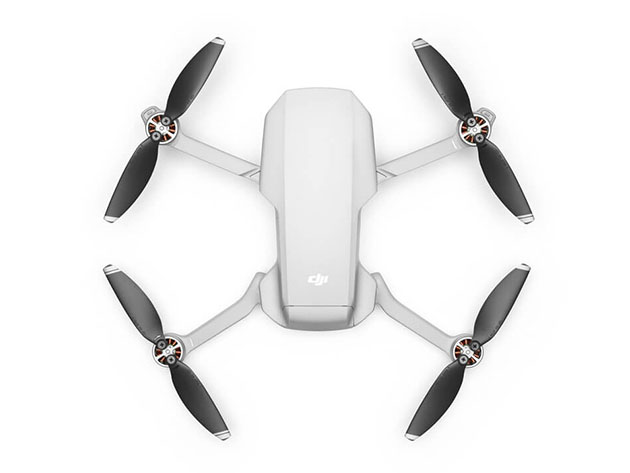