Al Mackin is the founder of Formisimo. The article was originally published on LinkedIn.

One of the best parts of creating a business is that you start with nothing. No HR policies, no processes and no entrenched ways of doing things. This blank slate is both scary and exciting.

We recently interviewed candidates to become our fourth team member, and it was a hugely rewarding process. The traditional way of interviewing is pointless; putting pressure on someone to answer questions in the right way doesn’t give you the insight you need to determine if both you and the candidate can work together.

Instead, we told candidates that it wasn’t an interview, just a chat, and we started by telling them about Formisimo, what we stand for and what we want to achieve. We were honest and open about the journey that lay ahead of us, being part of a start-up rollercoaster isn’t for everyone.

We then laid out why we’re different – we don’t count how many holidays’ people take, we don’t have fixed working hours, and we share everything (all the documents and data on Formisimo is on a shared drive that anyone can access, including salaries). Our quarterly employee one-on-ones are about understanding where a team-member wants to improve, supporting that improvement, and financially rewarding them when they become stronger. 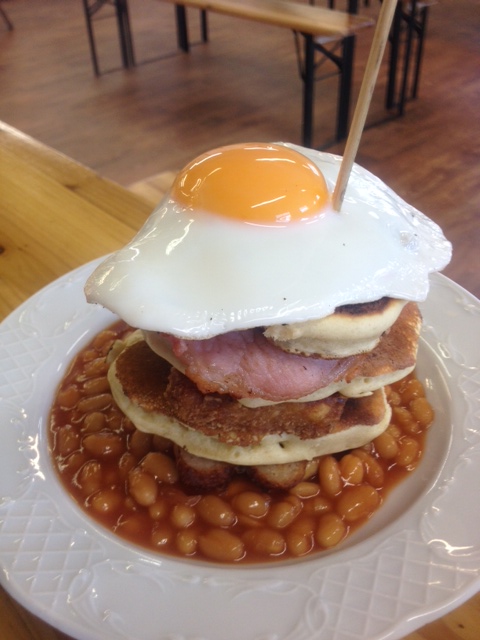 We also have Friday morning breakfasts at the local café which serves up some pretty awesome pancakes.

We had no set questions for the rest of the interview, and in the remaining 30 minutes of each conversation we learned far more about the candidate than if we’d plodded through a script. We saw passion, interest, and the real person. Tom (my co-founder) and I left the conversation feeling like we’d learned something, and we were hugely thankful for that.

What I couldn’t predict was how hard it was to choose someone, but the tougher part was telling the remaining candidates that they didn’t have the job. I wanted to respect everyone who came in to see us, they’d used up their valuable time, so we put in place a simple plan.

1. We telephoned everyone who came in for a chat instead of emailing them. It meant we had a real one-to-one with them instead of a cold email.

2. I wanted to give everyone feedback on their interview. As a company we’re desperate for negative feedback so we can improve, and although the candidates may have hated me for pointing out any areas for improvement I was hopeful that at some point they’d see value.

3. I told the extremely strong candidates that I hoped we could work together at some point. We’ve got vacancies in the future and I really wanted to stay in touch.

4. I asked if there was anything they wanted to ask me, or if anything needed clarifying. It’s hard being told that you haven’t got a position, and I wanted to make sure that everyone had the opportunity to ask questions that were important to them. I also asked them to email me if they have any questions after the call.

5. I explained why we chose the successful candidate.

6. Finally I wanted to rebuild any lost confidence. I truthfully told each candidate that if we didn’t work together in the future they’d have a great career ahead of them. Everyone who made it through to our chats had something special about them, and they didn’t need me to tell them that they were awesome, but I wanted to make sure they knew they were going to go on to do great things.

Starting the calls was tough. Tom and I were surprised at how sad we felt at the thought turning candidates down, we’d got to know them and this wasn’t just business.

What happened was really surprising:

Our plan wasn’t ingenious, we didn’t re-invent the wheel, we just wanted to offer respect. We also have a duty to help people, even if just in very small ways, move forwards and do great things.

What approach do you take when letting your job candidates in on unfavorable news? Share with us in the comments.