This article was published on September 1, 2017

Risk is something that we live with everyday.

It’s what makes the hairs on your neck stand up when you’re on the edge of a cliff – contemplating a leap into the water below.

It’s what excites us when we envision paradise on the other side of a 5$ lottery ticket.

Yet, it’s also what keeps us sitting at our desk, grinding away at our day jobs.

There is a constant balance between risk and reward that governs our lives – but what’s the difference between those who hide away in safety’s embrace and those who keep going forward regardless of any warning signs?

Risk Is Inherent To Entrepreneurship

Why do some people take the risk to quit their day job and start a business while others stay in the safety net of security? What sets those risk takes apart?

So 1 % of people who surveyed have overcome their fears. What makes that 1% unique? Why are they willing to risk it all for a chance at something better? 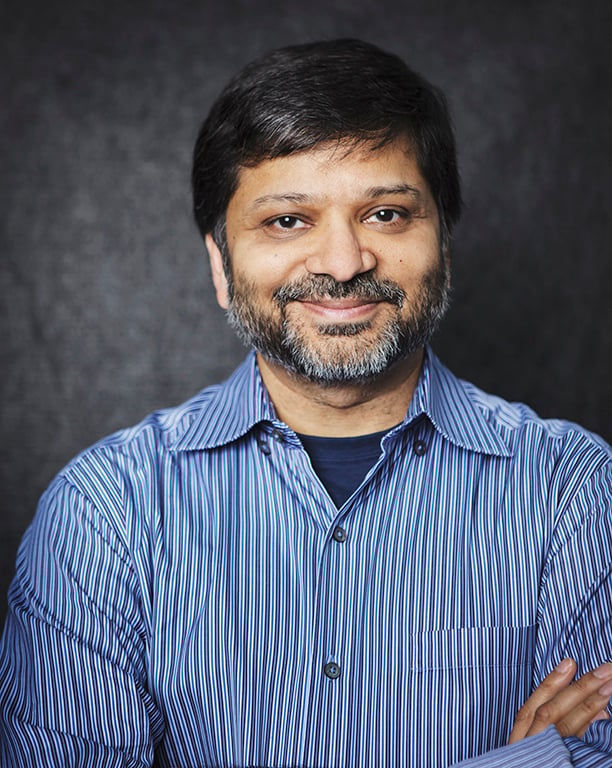 I decided to ask the man himself, Dharmesh Shah the co-founder and CTO of HubSpot, what made him take the risk of starting his very first business (which was not Hubspot).

Dharmesh told me that he was well into an engineering degree when one visit to his parents in the U.S. changed everything:

“During my visit, I decided to take one of those “intro to computers” classes at the local university (Purdue).  I absolutely fell in love with computers. So much that I didn’t go back to India.  Started over — giving up what I had worked so hard for…

…in hindsight, that was a pretty big risk — but I really didn’t think about it that much at the time. It was the first step in the development of my life theory that most people actually overestimate the actual risk with some of the things they do.”

Risk comes in many forms as we all know. Whether it’s leaving your home or putting all your life savings into a new project, there is always some type of risk which defines success a person has achieved.

It’s rare you see success without risk taking. I my experience it’s never the case.

Are You Willing To Take The Risk?

As an entrepreneur it’s sometimes sad for me to think that for the majority of people the closest they come to entrepreneurship are the dreams they have of quitting their day job.

However, there is that 1% in the HubSpot study that takes the risk to start a business. These people overcome their fears and take the risk because what they are pursuing is worth it or they couldn’t live with the thought of a missed opportunity.

These people are entrepreneurs. They are startup founders. What is this process like for people? How do they reason about the risks?

I asked Emeric Ernoult a long time SaaS entrepreneur and CEO of AgoraPulse about the moment he decided to take the risk and start his own business, here is what he told me:

“I was an overly paid business lawyers and decided to create my first startup. That was in June of 2000. I was leaving a very comfortable life behind me for the big unknown…

I feared not getting my “comfort” back at some point! It’s very hard to take risks when you have a lot, that’s the main takeaway.”

How Do You Overcome Fear?

Tim Ferriss once said in a TED talk you should define your fears instead of your goals.

People often define their dreams and aspirations, while subconsciously letting their fears determine their decision to act.

Yet, some people are able to overcome this and push past the risk.

“Identifying your fears is important – they likely hold more people back than a lack of clarity about goals,”

Of course it’s no easy task to face your fears.

Emeric of AgoraPulse put it a different way when I asked him:

“The reality is usually a bit less clear,” Ernoult says. “It takes a lot of maturity to actually know what your fears are and what your real goals are. The goals I had at 28 were completely different than the ones I have today.”

Goals are the reward we seek – fear is the risk that can hold us back.

So how do you strike a balance between risk and reward?

Maybe Setting Goals Is A Waste Of Time…

A lot of people think that success is defined by the goal that we set and achieve – but is this really the case?

“I don’t spend a lot of time setting goals or thinking about them. There’s no magical goal that defines success for me after which ‘I’m done’,” Shah says. “I spend time thinking about priorities. How will I spend my time? What do I want to get better at?”

And here is how Emeric of AgoraPulse answered by questions about setting goals:

“Understand that goals are moving objects and accept that. There is nothing worse than setting a hairy goal, missing it and feeling depressed. 10 year goals are meaningless. It’s way too far in the future. Always define goals that you genuinely believe you can achieve.

I’ve set impossible goals in the past and it made me miserable. Set a reasonable goal, get to it, set a bolder one, get to it, grow from there at every step of the way.”

Dharmesh On Facing Your Fears and Taking Risks

If you’re at the edge and contemplating the leap, sometimes it is best to listen to those who have gone before you.

I decided to dig deeper into risk taking while chatting with Dharmesh Shah, he was able to shed some light on his journey to CTO of HubSpot, here is our brief Q&A from a few weeks ago:

When you started HubSpot, what fears did you have? Did you define your fears or goals?

I didn’t have fears — but I did have reservations. I ran my first company (Pyramid Digital Solutions) for 10+ years. They were tough, all-consuming years.  After I sold that company and went back to school to get my masters degree, I had decided I wasn’t going to start another company. I assured my wife that I wasn’t going to put us through that again.

The reason I did end up starting another company (HubSpot) was that I still had not had what I would consider a spectacular success — and HubSpot was my chance at it.  So my fear/apprehension wasn’t that the company would fail — lots of companies fail — that’s OK.  My fear/apprehension was that I’d spend another 10 years of my life and create another modestly successful company.

When you decided to leave SunGuard to start Pyramid Digital Solutions, what fears did you have? Did you define your fears or goals?

At the time, I was helping support a family of six (I was the oldest of four siblings). So, quitting a well-paying job (the first real job I ever had) should have been more fearful. But I don’t recall being that fearful. There were a couple of reasons for that. One, I grew up with modest means so had not developed an immodest lifestyle. So, it didn’t take that much to keep things going.  Two, I wasn’t spending our life savings to start the business (truth be told, I had no life savings to lose).

The nice thing about software companies is that it doesn’t take that much capital to start them. I defined neither my fears nor goals — I wasn’t that clueful.  I just took the leap and hoped that I’d either figure things out as they went, or worst case, I’d go back and get a real job.

Entrepreneurship Is A Tough Grind

If you want to join the minority that overcomes fear, takes risk, and pushes forward – then you need to accept the fact that it isn’t an easy road.

Many people have an idea that owning a business is easy, but just ask what happened to the 90% of startups that fail every year.

You can’t get there without hard work and chances are that you will face failure along the way.

The difference between success and failure is the ability to keep moving forward.

Here is how Dharmesh put it toward the end of our interview:

“The one thing I repeatedly reminded myself of when things were going poorly was that I was not particularly inept and that making mistakes was relatively natural. Everybody — even the most successful ones, make a fair number of mistakes. Making it through the ups and downs is part of the game…

That’s easier to say than do, because for entrepreneurs, their identity is often defined by the startup, so they (understandably) take things very personally. My advice: Recognize that you are not alone. There will be dips. There will be downturns. You just have to fight through them.”