For our ongoing series Fundamentals, we’re looking at different companies worldwide and the basic principles they were built on. This time: video game developer Guerrilla Games.

Guerrilla Games’ picturesque canalside office was originally intended to house 190 people, its technical director Michiel van der Leeuw tells me as he rushes through the building in search of an empty room. But the Amsterdam-based game developer has grown rapidly over the past few years, filling every nook and cranny of the place, and now it’s bursting at the seams. Next year, it plans to move uptown. Right now, its 250 employees make do.

In the years ahead, Guerrilla, as the company now calls itself, hopes to add another two-thirds of that number to its headcount. It can afford to. The company has done well, launching its new sci-fi game Horizon Zero Dawn in 2017 to critical acclaim and selling well over seven million copies in its first twelve months.

With those numbers in mind, it’s hard to remember how much of a risk Horizon seemed when it was first announced in 2015. Guerrilla had built their reputation on Killzone, a series of first-person shooters where you slink through grim corridors full of rubble and shoot at enemy soldiers. But by the release of Killzone 3 in 2011, they were creatively tired of the universe. Too much of its story and world had been explored, and the excitement of creating something new from scratch loomed.

Famously, Horizon came from a company-wide design challenge, where each employee was invited to throw their ideas into the hat. Art director Jan-Bart van Beek’s idea for a big, bold open world full of squabbling tribes and animalistic machines roaming around vibrant landscapes was something new, both terrifying and exciting. Van Beek would later describe it to GamesIndustry as going from making rollercoaster rides to building a whole theme park.

It meant having to go back to basics. For two years, Guerrilla played around with ideas. The basic premise of a green, natural world full of robots was set, as was the protagonist, the red-headed huntress Aloy. But the company actively resisted settling on an overarching concept until they could figure out what details would work, according to lead designer Eric Boltjes, speaking at the Game Developers Conference in 2018.

For instance, establishing a specific purpose for these machines to exist at all helped them solidify what they would look like, specifically, and which animals they would resemble. But other challenges remained, especially because open world design was so new to Guerrilla. How much content would players need to avoid getting bored in such a vast world? And equally importantly, how much content could the designers even make?

Can you pull off making a theme park with technology that’s geared towards building rollercoasters? The idea wasn’t as crazy as it seemed, according to technical director Michiel van der Leeuw. The software suite they used to build Killzone, now known as the Decima engine, was made to be flexible.

The engine is the very foundation of any modern game: it’s a software environment rife with tools used to pull disparate elements together into a cohesive whole, adding code to visual assets, determining how what’s on screen looks when it gets rendered, and more. At the end of the process, the engine can be used to pour it all into something end users can enjoy. While many gaming companies turn to third-party, jack-of-all-trades-style engines to fuel their games, it’s not unusual for developers to build their own engines to fit the exact games they want to make.

But Guerrilla’s process is slightly different. The company actively rebels against the urge to specialize too much, allowing itself the space it needs to maneuver into new territory. “Sometimes I look at someone else’s engine, and I think: that does the exact thing you want it to do way more than ours does, I wonder if we should’ve done it that way,” says Van der Leeuw.

“We tend to make things that can do more than just what we need in the moment, and that slows down our process. At the same time, because we’d already built this relatively complex engine, when someone decided that hey, we want to use our first-person shooter engine to make an open world game, we were in a position to say: that’s a lot of work, but we can do it.”

Ambition has always been a part of Guerrilla’s core. It was born in 2000, the product of a fusion of three small Dutch game studios – Orange Games, Digital Infinity and Lost Boys Games – who hoped to become more than the sum of their parts. They adopted the name Guerrilla three years later: it fit their rebellious attitude. “We were willful and cocky,” Van der Leeuw remembers. “There was no games industry to speak of in the Netherlands at the time. Yet we wanted to become a force to be reckoned with on the international stage.”

Van der Leeuw was there. He’d worked on the game Jazz Jackrabbit 2 with Dutch gaming pioneer Arjan Brussee. When their Orange Games became a part of what would be Guerrilla, Van der Leeuw came with it – and so did the engine code he had written for Jazz.

It’s hard to picture the zippy green rabbit with his too-cool-for-school red bandana and Killzone’s grim soldiers or Horizon’s viciously beautiful machines living in the same galaxy, let alone as things made of the same stardust. And yet in some sense, Decima started with the rabbit.

Van der Leeuw shrugs. “I should check the current engine code sometime and see if there’s anything left over from Jazz. It wouldn’t surprise me.”

Guerrilla redoes large swathes of its engine with every game, but doesn’t like throwing things away, he explains. Code gets replaced very slowly over time, and they often find a new purpose for old systems. “Horizon and our last Killzone game Shadow Fall were essentially the same code but using a different folder of assets in the beginning,” Van der Leeuw notes. Some traces of that time still remain. Aloy, Horizon’s protagonist, can leave the large plains of the open world behind to explore underground caves. Once she enters the cave, old systems kick in. Briefly, Horizon Zero Dawn turns into a Killzone-esque corridor shooter.

Have they ever seriously considered using a third party engine? Not really, Van der Leeuw says. “We like to make things, our company attracts a lot of inventor types. For us, it’s important to feel like we’re in charge of what we’re going to do next.” Being dependent on a third party’s development trajectory for anything is something he finds difficult: “You think: this third-party service we’re using isn’t just going to disappear. Then something like Morpheme, which is an animation suite, gets bought up by Zynga and Zynga pulls the plug. It’s a reminder that sometimes it’s just better to make things yourself.”

Yet at the same time, Decima was built with sharing in mind, says Van der Leeuw. Guerrilla has shared it with several studios linked to their parent company Sony, including Supermassive Games’ efforts for the PlayStation VR. “Inventor types like us don’t just like to make things, we like to share them. Sharing makes you stronger. Sometimes you don’t get anything back but thanks – that’s also nice. But sometimes you find someone who’s on the same track, and it gives you all this creative energy. It’s all just code in the end, anyway: it’s the mindset of the maker that matters.”

He credits that as one of the principal reasons why the company steadfastly refuses to limit its engine’s scope. “It can be tough to discuss new insights in a company with an employee base that’s made up of extremely specialized people,” he says. “Because there might be no one else who’s an expert in the same field.” Sharing with outsiders can help create sounding boards for new ideas.

Though when that outsider is legendary Metal Gear Solid-director Hideo Kojima, it’s nervewracking, Van der Leeuw admits. When Kojima joined Guerrilla’s parent company Sony, he and his team had no technology to work with: they’d had to leave it all behind. The search for a new engine was rigorous. It led them to Decima – Guerrilla named the previously nameless engine in honor of the partnership, picking a name that referred to the Japanese island of Dejima, once the focal point of Dutch trade relations with the Japanese.

“We gave them the engine as a show of good Sony citizenship. They’d lost all their tech, it would have felt rude not to share,” Van der Leeuw says. “But we didn’t expect to have this much chemistry with a studio from the other side of the globe.”

Kojima’s upcoming Death Stranding —release date unknown — is set to be an open-world action game, much like Horizon. Its development has been shrouded in secrecy, fueled by a series of mysterious trailers featuring Hollywood actors, alien environments and crying babies.

Cooperation between Kojima and Guerrilla has been “intense”, says Van der Leeuw: both companies communicate daily, sharing insights, as the Death Stranding team attempts to shape its own worlds with Decima. “We have similar priorities. How long to iterate, how to keep your code clean, where to prioritize efficiency, in what order gameplay elements should go,” he says. “But in some ways, they’re also very different. For instance, they think photorealism is far more important than we do.”

As Guerrilla’s ambitions continue to grow, these fresh perspectives are useful, says Van der Leeuw. The studio is always thinking ahead about what the next iteration of the engine will look like. “On the technology side, we make very long-term plans. The quality of the code base is most important to us.”

Willful ambition has been core to Guerrilla’s philosophy from the very beginning. The company believes that the ability to change when necessary is vital: For two years, Horizon’s concepting team tried out different things without giving in to the temptation to lock into an overarching experience.

Guerrilla will continue to change gameplay systems whenever they get in the way of the player’s experience. And that process requires an engine that supports it. “Having control over our own work, having that flexibility, that’s paramount to us,” says Van der Leeuw. “The creative side of our game direction is ever-changing. We must always be able to facilitate it.” 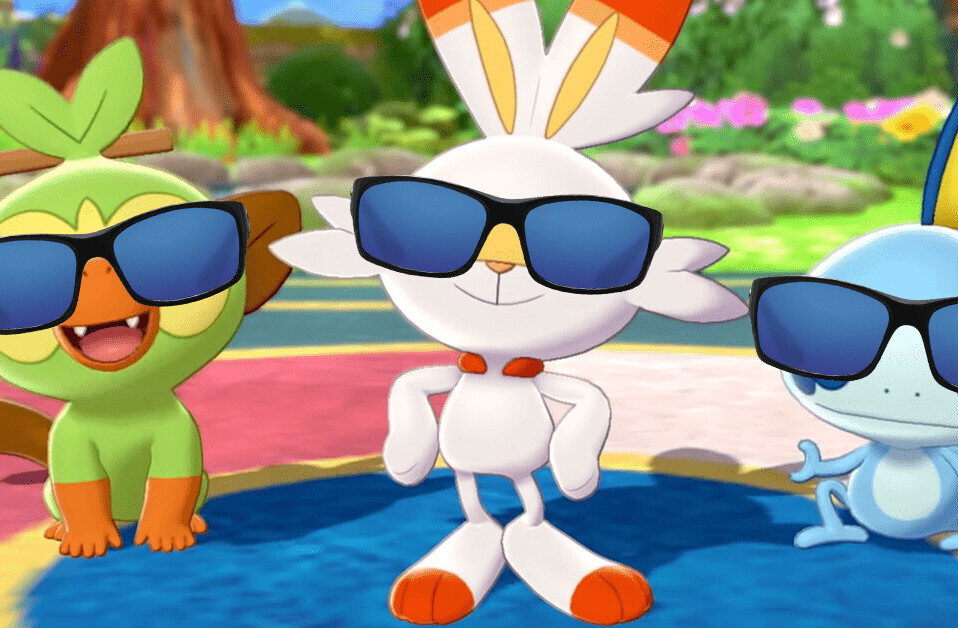 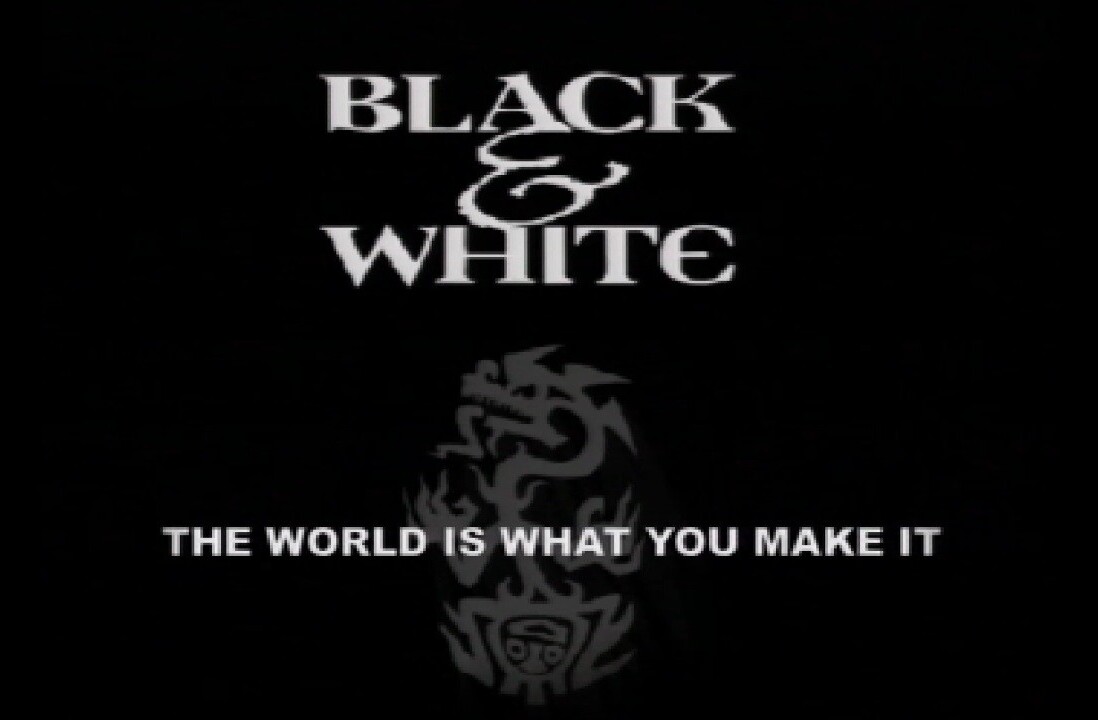