I’ve been curious about Dbrand’s 3M vinyl skins for a while now, but I could never get a solid sense of how they’d look in real life from just the images on the company’s website. After trying out sample skins for the PlayStation 4 and iPhone 5s, I have to say the results are impressive.

Dbrand’s texture choices include a carbon fiber weave, brushed titanium, leather, colorful powder-coated material and wood. We went with wood for the iPhone 5s and a gold and matte black combination for the PS4. We also tried out a white leather Moto X skin, but we don’t recommend it (more on that later). 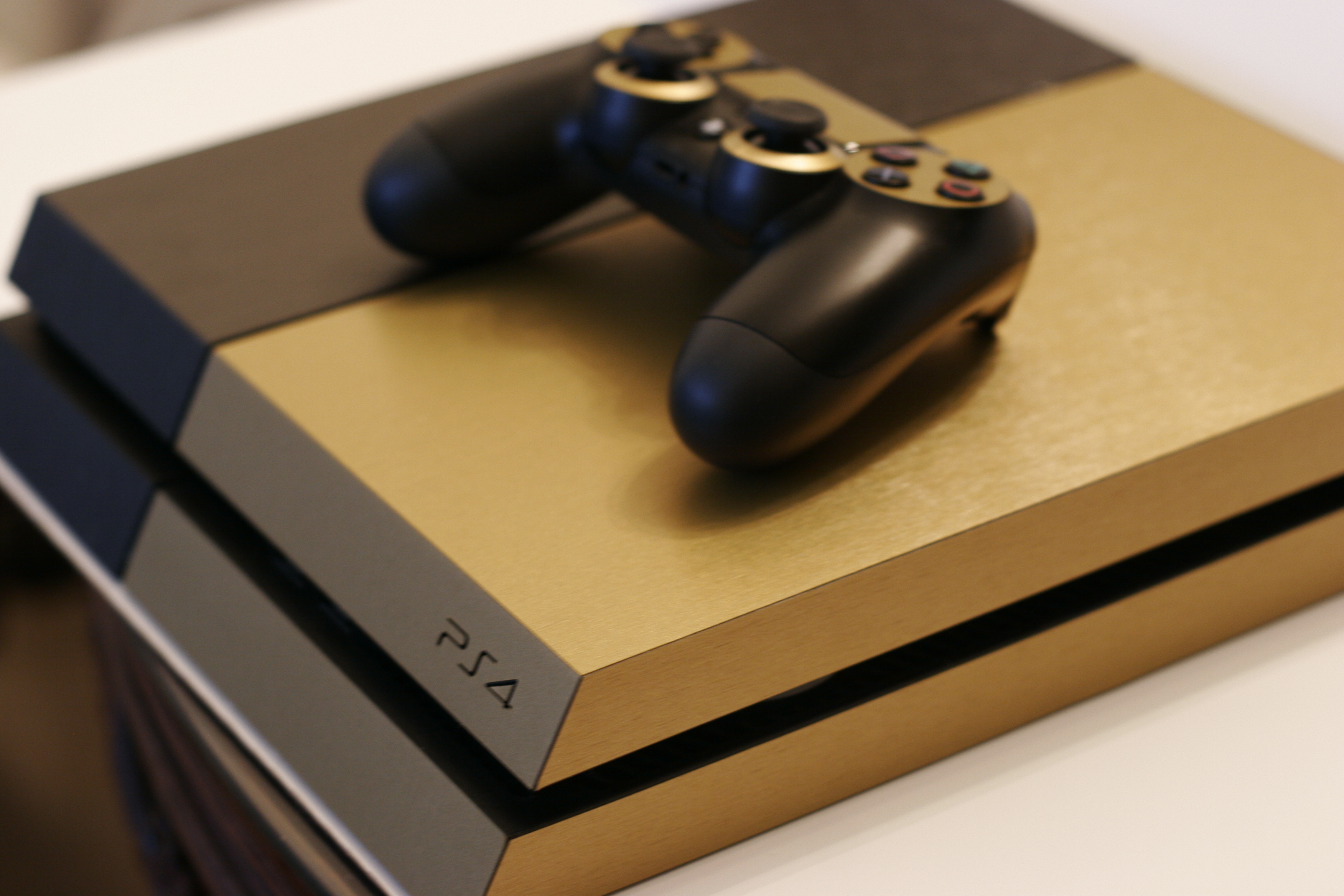 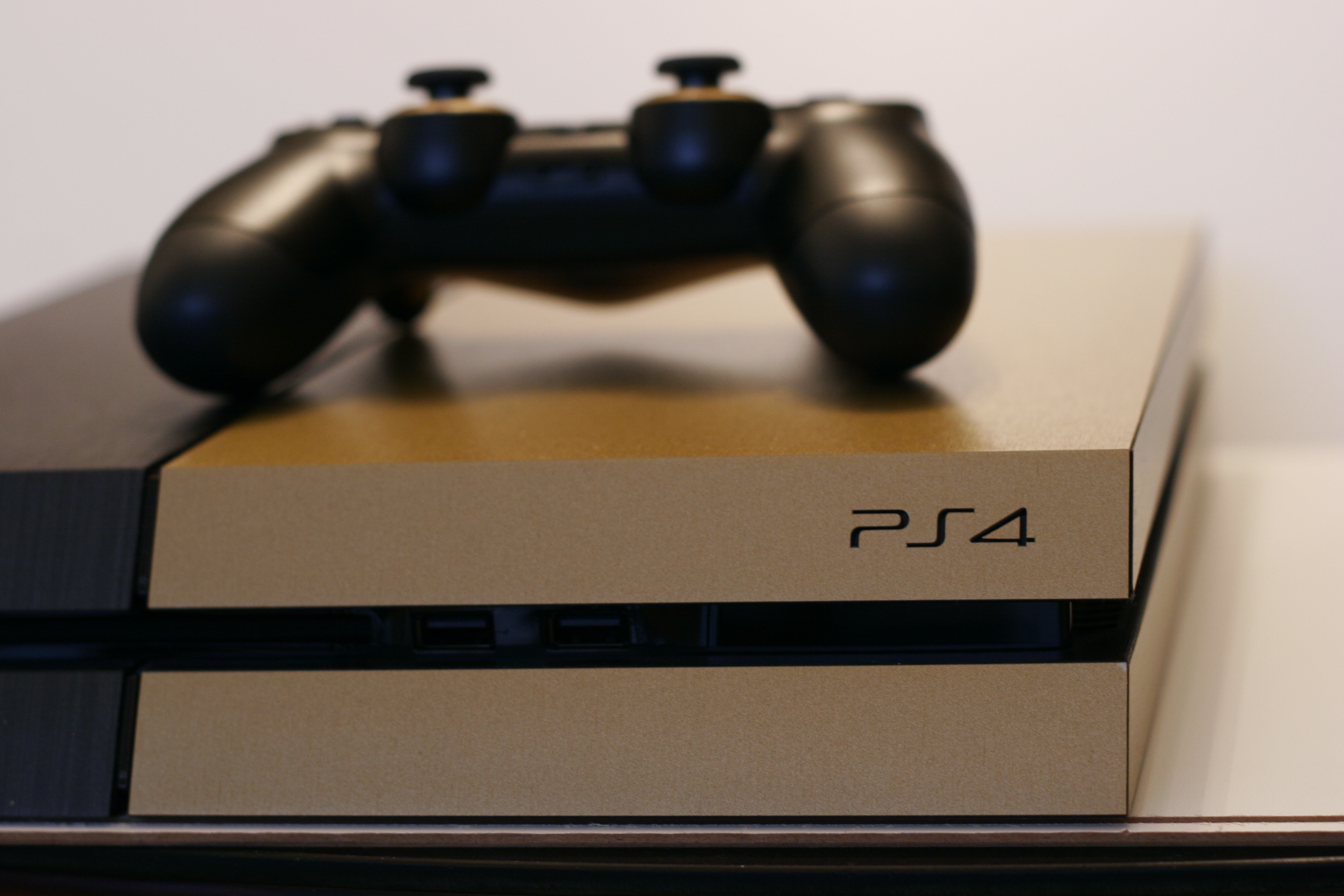 Other devices you can outfit with vinyl include Nexus smartphones and tablets, iPads, the PlayStation 3, Xbox 360, PlayStation Vita, HTC One, BlackBerry Z10 and the Galaxy S4. A full PS4 set of skins cost $45, while the Moto X and iPhone 5s versions cost $16 and $24, respectively.

The other factor holding me back from buying skins for my devices is the fear that I’d mess up the application. It takes a rare combination of patience and coordination to apply a skin or a screen protector without a few blemishes or air bubbles in the process.

Dbrand has a helpful series of video and photo directions on their site. I still managed to screw things up a bit, but the material tended to be forgiving. I ended up having to unpeel and reapply several of the pieces, but the end result turned out okay. If you’re willing to spend the extra time to go slowly and carefully line everything up, the skin really does fit perfectly.

Once applied, the mahogany skin looked and felt fantastic on the iPhone. However, the edges of the skin felt a tad sharp on the device when handling it, and I was slightly disappointed by a slight gap on the frame pieces that the product photos on the website didn’t show. The extra vinyl material also made the power button lose some of its travel; it’s only a minor annoyance, but still worth noting. 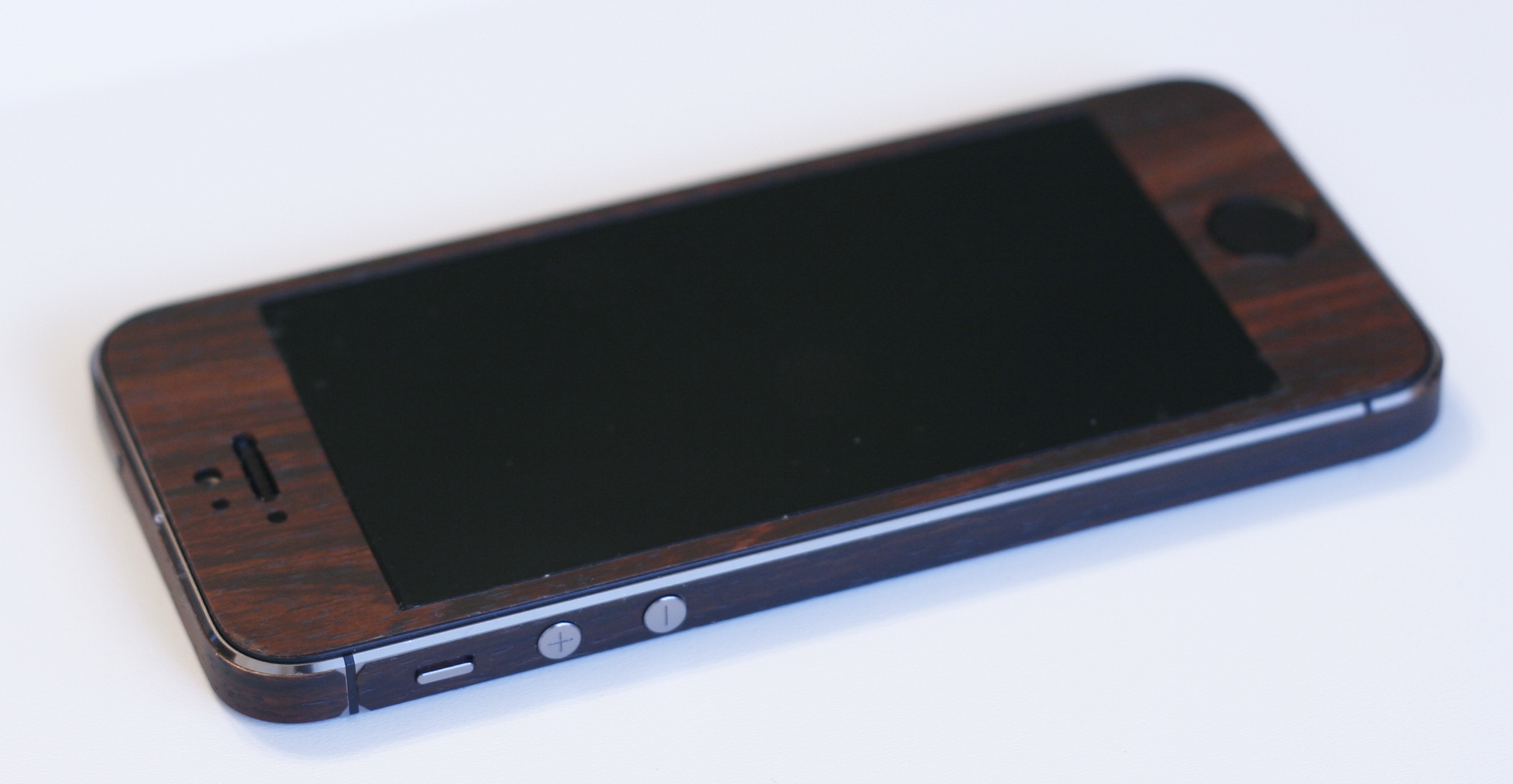 I feel somewhat guilty putting faux-wood vinyl over Apple’s metal design, but that’s what makes it so cheeky. The look will get old after a while, but the $24 shouldn’t be too much of a setback if you’re the type of person who changes cases every few months.

Despite my fears that the gold PS4 would come across as over the top, it actually looked pretty good. Yes, it borders on ridiculous, but it does so with style. You can customize your color scheme for the top left, top right, bottom left and bottom right sections, as well as the controller. One caveat: I’d skip the gold-accented controller in the future, as it looked tacky and changed the feel of the controls .

As for the Moto X, I don’t see the point when you already have loads of color and accent options with the Moto Maker tool. The white leather skin turned out to be a poor choice, as it didn’t cover up the phone’s underlying color. The setup might look better on a plain-colored Moto X, but it just looked and felt tacky on mine.

From a product perspective, Dbrand’s skins live up to the hype. The company’s use of 3M’s vinyl makes it easy to handle, durable and it doesn’t leave a residue when you take it off.  However, when it comes to style, it’s up to you to pick the right one, as the results could turn out either awesome or awful.