Silicon Valley blogger Robert Scoble caused something of a stir at this year’s The Next Web Conference Europe, when he said that he wasn’t going to live another day without a wearable computer on his face. He even said it was the biggest game-changer since the Apple II.

This bizarre comment related specifically to the Google Glass unit he sported for the duration of the conference. Wherever he went, Scoble was mobbed by geeky groupies (geekies?) vying for a try of Google’s prototype head-mounted display. It was like Beatlemania all over again.

But the hype and excitement around Google Glass is telling. While there are issues relating to privacy that have some people up in arms, the opportunities presented by such advanced ubiquitous computing technology can’t be ignored.

Recently, RunKeeper became only the second company to launch an app that integrates with Pebble, the smartwatch that broke all kinds of records when the project was launched on Kickstarter.

Just to recap, Pebble is a slick e-paper smartwatch that connects to iPhone or Android. The first watches started shipping to backers in January this year, and anyone can now pre-order a device through its website, at a cost of $150.00.

We caught up with RunKeeper founder and CEO Jason Jacobs to get his take on hardware, wearable computers, and what implication these kinds of integrations will have on health and fitness apps such as RunKeeper. 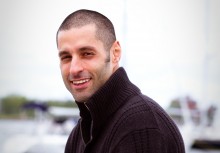 RunKeeper has been going since the dawn of the modern smartphone era. Its iPhone app rolled out in August 2008, just a few weeks after the Apple App Store went live, but Jacobs says they were actually building RunKeeper before Apple announced that the iPhone 3G would have GPS.

“The idea came when I was training for my first marathon in 2007,” he says. “I was using Nike+ and thought that building a simple, intuitive, social fitness platform was a huge idea. So big, in fact, that someone needed to focus on it as their only thing in an open way across a broad range of fitness/wellness devices and categories. Thus, RunKeeper was born.”

In many ways, RunKeeper was in the right place at the right time, and it was one of the first GPS-enabled fitness apps to gain real traction. The Android incarnation hit the Android Market (now Google Play) in April 2010, and today RunKeeper claims more than 19 million users, which is a phenomenal success in anyone’s estimation.

With the Pebble partnership now cemented, we thought we’d get Jacobs’ take on what this means for RunKeeper. Indeed, Jabobs says the Pebble partnership is one of many more hardware integrations in the coming months, and this is in addition to the existing tie-ups with a slew of third-party devices, such as Wahoo, Polar, Jawbone, Fitbit, Withings, Striiv, and iHealth.

But what is the main motivation for opening its API and integrating with third-party devices such as Fitbit or Wahoo – does it enable monetization conduits for the company, or is it purely about bringing added value to the user?

“We get some affiliate revenue if the integrated devices sell through our online store, but we are more interested in making sense of the data and providing a valuable user experience than we are in becoming an e-commerce company,” says Jacobs. “That being said, as our community grows, our ability to be a meaningful channel for these device-partners continues to increase, so maybe there will be opportunities there down the road.”

While integrating with popular apps such as RunKeeper is clearly in the interests of hardware manufacturers as they strive to offer a compelling proposition for consumers, from RunKeeper’s perspective it’s really an easy-win. And it’s still setting the foundations of a burgeoning space.

Jacobs says from its 19 million users, the number who connect to third-party devices is still fairly small, though he didn’t divulge how small. “Those numbers are growing, and we expect they will accelerate as we better integrate these devices into the RunKeeper mobile app experience, which is coming soon,” he says. “Right now, the data from these devices is only visible through the Web interface.”

Pebble, however, represents the Boston-based company’s first integration that takes real-time RunKeeper data to your wrist without having to take your mobile phone out of your pocket. But there is still a lot of room here for innovation.

Pebble is great insofar as it enables people to keep their phone in their pockets, but they still have to carry their phones with them while out running which can be awkward for longer runs. This is one benefit of having a GPS watch, such as a Garmin. So will we ever see the likes of RunKeeper installed directly on future iterations of smart watches?

“Hardware capabilities are evolving quickly, which is hugely exciting for us,” says Jacobs. “As any market-leading wearable devices emerge that provide a great experience for users, RunKeeper wants to be there, and we want to be the leading fitness/wellness software. That said, we have only scratched the surface of the phone’s capabilities as a fitness tracker, and we are working daily to push the envelope on what you can do with only your phone.”

A lot could hinge on if, or when, Apple launches a much-rumored iOS smartwatch. Word on the street is it could include a pedometer for counting steps – something Fitbit has become renowned for – and a number of sensors for tracking key health-related data too.

“I hope they do [launch a smartwatch] as Apple makes beautiful products,” says Jacobs. “And it would be another great place for users to engage with the RunKeeper app.”

It’s entirely speculative, but if health apps such as RunKeeper could be installed on a smartwatch – iOS, Android or otherwise – this would really take things to the next level. As cool as Pebble undoubtedly is, smartphones are getting bigger and bigger, and I don’t want to have to carry a Samsung Galaxy S4 around with me when I’m training to run a marathon.

The future according to RunKeeper

“While we have no aspirations to make our own hardware, we’re excited to integrate with more leading wearables and bring the RunKeeper experience to more and more people,” says Jacobs. “You can definitely expect more integrations from us in the future, as we’re very much embracing the open ecosystem approach.” 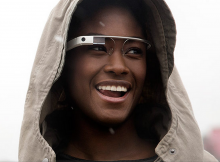 This could include Google Glass, and would be an obvious integration for a health-focused app such as RunKeeper. Indeed, Jacobs is actually part of the #glassexplorers program, so he should be receiving his own head-mounted display shortly. “We feel Google Glass would be a natural partner to enhance the RunKeeper user experience,” he says. “Imagine being able to check out your RunKeeper data via a head-mounted display during a workout. No integration plans are in the works right now, but we’re looking forward to the possibility.”

Google Glass would go one step beyond that of an iWatch or other operating system-based smartwatch. You wouldn’t even have to look at your wrist, the data would be in your peripheral vision at all times. Indeed, it’s the data collected by such smart devices that excites Jacobs the most.

“Over time, data collection is going to become invisible, and the work that you and I will have to do for this data to become ‘actionable’ will continue to decrease too,” he says.

“I see this as a key component for wearables success – a world where my phone, or watch or head-mounted display will know my health and goals as well as I do excites me,” he continues. “It will be my personal concierge throughout the day to help make better decisions.”

Jacobs’ vision for such a world is this: smart technology shouldn’t just tell you to run 5 miles, it should be able to divulge the most traveled running route in your area, without you having to ask. And it should be able to tell you which restaurant in your vicinity has the healthiest eating options, given the kind of food it knows that you like most.

“As we’re able to collect more and more data, I see technology getting smarter about making me healthier, and adjusting its guidance and suggestions based on my preferences and data aggregated from the entire userbase to best meet my personalized needs.”