Music can have various psychological effects on us: numerous studies conclude that certain genres can enhance our moods, boost concentration, trigger emotional reactions or pump up our energy levels. We also have specific musical tastes and preferences – but why do we like some songs more than others?

The Sync Project aims to figure this out on the biometric level. Using a series of wearables – a brainwave-sensing headband, a fitness tracker, a heart rate chest monitor – it hopes to measure exactly how your body reacts when listening to different songs. The team also worked with design firm IDEO to create a visually intriguing app to display real-time metrics, while using the smartphone’s front-facing camera to detect facial movements.

With the combination of these metrics, the app can show your mood, focus, heart rate, arousal and body temperature levels to determine how songs affect you.

“Beyond using this as a potential music recommendation algorithm, we want to be able to use music as a therapy,” The Sync Project cofounder Ketki Karanam says. “Imagine you’re a long-distance truck driver and sensors recognize that you are getting sleepy. This technology can potentially find music to keep you alert and raise your focus and engagement.”

In our demo, we tried listening to Queen before switching to Taylor Swift. The rock rhythms of “Bohemian Rhapsody” raised my heart rate, while the pop tunes of “Shake It Off” increased my focus as I began singing to the song in my head. The background color of the app even changed to red when it noticed my smirk when the song came on. 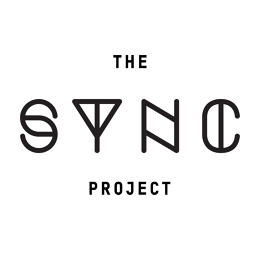 The Sync Project’s CEO Alexis Kopikis says music has helped his son, who suffers from autism, communicate in ways that he hasn’t been able to before. Although he has trouble expressing himself, he’s able to sing through an entire Beatles song and feel relaxed after an episode.

“If we can figure out which types of music or songs calm him down, that would be so beneficial to [caretakers],” Kopikis says.

At the moment, The Sync Project is not a consumer-facing app. The team is working with study groups to prove the effectiveness and accuracy of its measurements before launching to the public.

While the app is elegant, using it with several wearables at once feels clunky. But with smarter wearable technology now combining multiple sensors into one device, our machine learning future might not be so far away.