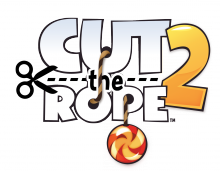 If you’re a fan of Om Nom, star of Cut the Rope, you’ll likely be pleased to hear that a sequel to the incredibly popular game will be available before the year is out.

Announced today, Cut the Rope 2 will see players take on new challenges in a “re-imagined universe” filled with brand new characters. Developer ZeptoLab said that to accompany the new game it will be developing a new series of its Om Nom Stories webisodes, currently already in its second season.

Following the initial launch of Cut the Rope in 2010, it was followed by Cut the Rope: Experiments, Cut the Rope: Time Travel and Pudding Monster. In total, ZeptoLab games have seen more than 400 million downloads, the company said.