Curated tech marketplace Grand St. is launching on Android and opening up its invite-only service to anyone with an Android phone.

The startup, which recently landed a $1.3 million round of seed funding led by First Round Capital, has garnered quite a bit of attention in the New York tech scene. This led us to name it on our list of 13 promising East Coast startups to watch in 2013. Grand St.’s emphasis on storytelling appears to be its secret to success (so far).

With the launch of Grand St. for Android, iPhone owning-readers are probably scratching their heads right now. Put simply, the company found that its mobile site received enough attention from Android owners to warrant a launch on the OS. Grand St.’s embrace of hacker-style products — like this Ninja Blocks Kit — doesn’t hurt either.

The new app gives imagery top billing, with a responsive design to make up for Android’s inherent device-size fragmentation. Interestingly, the app provides two different experiences depending on if you’re viewing your phone in portrait or landscape mode.

The app isn’t without its flaws, however. Little issues add slight friction — like the app’s transparent menu drop-down, which can make items difficult to read — but won’t leave users fuming either.

Grand St.’s Android app manages to stand out with a simplistic approach, and especially when it comes to mobile shopping, we’re glad that the team resisted the urge to flood its app with a grid of tiny, generic thumbnails. 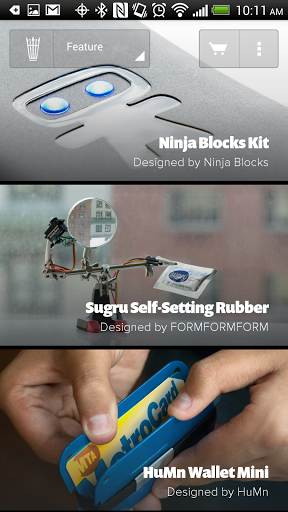 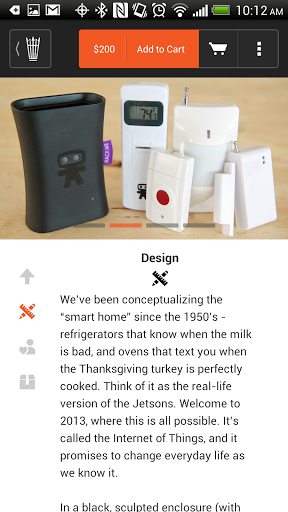 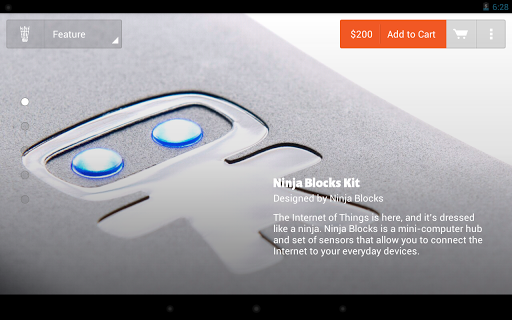 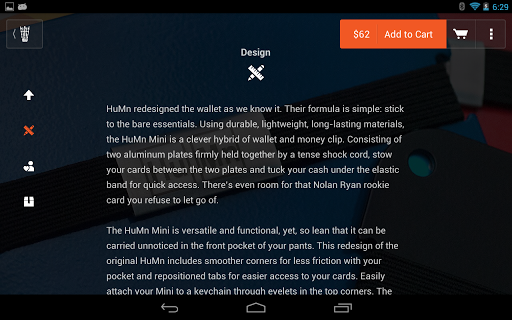 If you’re an Android owner, check out the app via the link below and let us know what you think! For iPhone users, Grand St. tells us it will have an iOS app ready for you by Q1 of 2014.