Duke University Law professor and Creative Commons advocate James Boyle found out that the two most downloaded files on Hotfile are open source softwares, TorrentFreak reports. If he is right, this would refute the MPAA‘s controversial claim that “nearly every Hotfile user is engaged in copyright infringement.”

According to Boyle’s findings, the open-source applications iREB and Sn0wbreeze were likely the most shared files on Hotfile, with respectively 885,583 and 629,783 downloads.

While it doesn’t mean that you can’t find copyright-infringing files on Hotfile, Boyle encourages the court to take this into account during the upcoming lawsuit against Hotfile:

“The fact that it is highly likely that the two most commonly downloaded files on Hotfile are open source programs that seem to be licitly shared appears relevant to any assessment the court might make about the current usage of the system.”

It remains to be seen whether or not the court will listen to the defendants’ claims. Earlier this month, Google itself had come in defense of Hotfile, insisting that the site is eligible for DMCA safe harbor protection:

“The Court should not be misled. It should resist any effort to shift the investigatory burden that Congress deliberately allocated to copyright owners or to impose on Hotfile policing obligations of which it is specifically relieved by the DMCA,” Google then wrote.

Interestingly, Boyle also points out that licit uses also give Hotfile’s Affiliate program a new legitimacy. While the MPAA and others claim that it serves as a financial incentive for copyright infringers, it is also a way for developers to monetize the programs they make available. “This suggests that the Hotfile Affiliate program is capable of fulfilling the valuable function of compensating authors and distributors,” Boyle explains.

More generally, Boyle’s report argues that Hotfile and similar services have an important role to play when it comes to transferring large files:

“Independent open source developers or filmmakers collaborating on an open source film do not necessarily have their own servers from which material can be shared. The growth of distributed creative activity on the Internet suggests that the already important role for services such as Hotfile is likely to grow in the future,” Boyle concludes.

Have you already used Hotfile for legal purposes? Let us know in the comments. 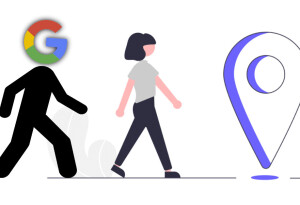