COMMON, a creative community for accelerating social change, has just recently announced a “Typography Off.” The competition surrounds the phrase “Do shit that matters,” and asks designers to create their own interpretation of the phrase using typography.

Now, we don’t usually cover competitions at TNW, but we personally know that COMMON has its heart in the right place. The phrase itself shows it, but if you dig deeper and learn more about the organization, you’ll find out for yourself.

Our challenge to you is to design your own interpretation of this phrase using typography – think hand written, hand set, digital, spelled out in your new collection of Twinkie nostalgia – anything goes.

The winning type treatment will be chosen on January 31st (it’s due the day before), and will go in production as a Threadless tee. The winning designer will also be well rewarded:

The saying itself is pretty much fool-proof. It’s way of living your life to the fullest, while hopefully making things better for a few people out there. If this idea resonates with you, and if you’re madly in love with typography, this is one great way to show it. Doing sit that matters, matters.

➤ It’s a Typography Off! 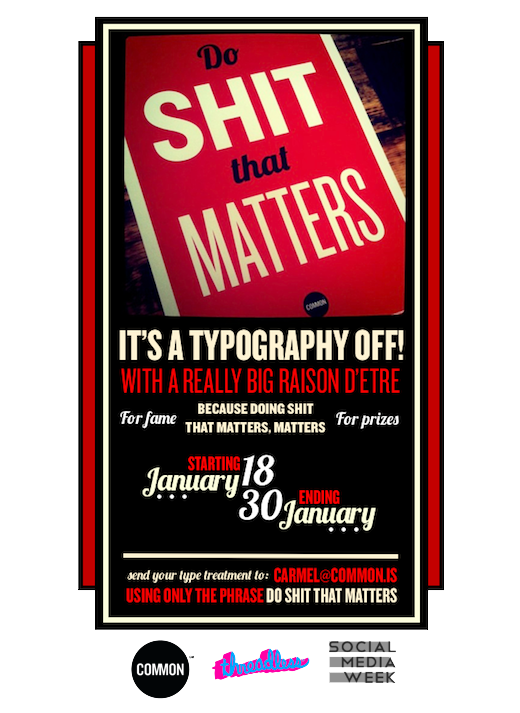