Chinese Internet giant Tencent has revealed that it is looking to expand its business into a number of new areas as it aims to increase its already sizable online presence and appeal to advertisers.

The firm, which runs 300 million users strong microblog site Tencent Weibo among other services, revealed that it will seek to diversify away from its core strength of gaming. As Reuters reports, the company says it is eyeing up moves into ecommerce and search to bolster its already huge Internet footprint.

A statement from the firm outlines that it would “continue to invest selectively, but forcefully, in emerging growth opportunities, notably e-commerce and search”, and it has one eye on further overseas expansion.

Tencent President Martin Lau revealed more details on the company’s plans by confirming its interest in companies and markets outside of China:

We’ll continue to be active in mergers and acquisitions. We made some acquisitions overseas last year to better understand the global gaming trend, which would be applicable to China. It also paves the way for us exploring markets abroad.

Tencent is already active in a number of countries in Asia, most notably Thailand, where it owns a 49 percent stake in online content firm Sanook. Elsewhere, it has a 10 percent stake in Russian internet firm and Facebook investor Digital Sky Technologies, though Southeast Asia is a key area of interest, with the firm already making plans in Indonesia.

Tencent has a team of ten in the country, as Tech In Asia reports, where it is working to launch two products to tap into Indonesia’s 220 million population. Though Internet penetration is low there, social media usage is rampant and it is one indicator of the increasings appeal that the country has for online firms. 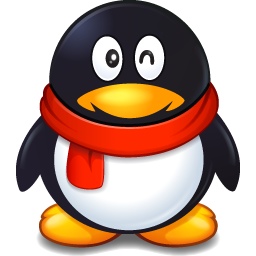 First up for Tencent will be the launch of its QQ browser, which supports its massive Skype-like QQ messaging network. It is also hatching plans to launch its mobile messaging service Qute, which is available for feature phones and smartphones. As Tech In Asia reports, it has opted for Qute over its flagship messenger Weixin because it better accommodates feature phone users, which account for the majority of mobile phone owners in Indonesia.

Outside of Indonesia, we may be likely to see further moves from Tencent as it looks to broaden its scope of services and markets served. Investment from China leading online firm (by revenue) will only benefit the markets that it enters.

In addition to its gaming service — which recently passed 200 million registered users — the company’s QQ messaging service gives an idea of Tencent’s online clout. QQ is the de facto messaging platform in China, and it runs through its services in a manner that it is comparable to Google+. However, unlike Google’s social network, QQ gained a degree of popular appeal before it was integrated across the Web.

QQ boasts more users than Skype — even after the latter set a new usage record — and it saw more than 710 million active users back in September. That’s around three and a half times more, as Skype Journal points out, and is evidence of its international appeal given that China has 500 million Internet users.

Tencent is not the only Chinese giant eyeing Southeast Asia, the country’s dominant search firm Baidu is committing itself to exploring opportunities outside of China. Baidu — which rivals Google across a range of services — is opening a development center in Singapore and is reported to be opening a presence in Latin America too.