Sina, the Chinese Internet giant behind popular Twitter-like service Sina Weibo, has admitted that it is yet to fully apply China’s ‘real name’ verification rules and fears the impact of a new government crackdown, according to a NASDAQ filing.

The Chinese government introduced the rules, aimed at cutting out anonymous postings by forcing microbloggers to verify their account with official ID, on March 16 but Sina has loosely applied it and many unverified China-based users remain active on the service.

The company says it needs more time to fully implement the regulations across its 300 million user base, which it recently said is 60 percent covered, but it remains unsure whether it will be punished for its slowness.

“Although we have made significant efforts to comply with the verification requirements, for reasons including existing user behavior, the nature of the microblogging product and the lack of clarity on specific implementation procedures, we have not been able to verify the identifies of all of the users who post content publicly on Weibo,” Sina says.

“We believe successful implementation of user identity verification needs to be done over a long period of time to ensure a positive user experience. However, we may not be able to control the timing of such action, and, if the Chinese government enforces compliance in the near term, such action may severely reduce Weibo user traffic,” the company says. 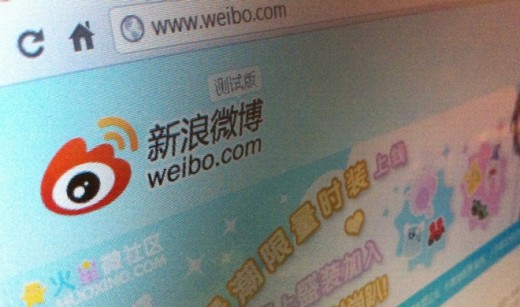 The Chinese government recently disabled Sina Weibo’s comment feature as punishment for the firm failing to adequately censor content on the service, after rumours of a coup spread across the microblogging site.

Following that incident, Sina fears that the rules “are not clear regarding the type and extent of punishment that will be imposed” for non-compliance, and future government action could see more moves which “deactivate certain features on Weibo”.

With nothing for certain, Sina even acknowledges that a clampdown could see the popular microblogging site closed down altogether.

“If in the future the PRC [People’s Republic of China] government authorities decide to restrict the dissemination of information via microblogging services or online postings in general, Weibo could be impaired or even ordered to shut down,” it says.

Despite its admitted lack of speed, Sina says the new policy is hurting it by deterring new user sign-ups, although no specific figure is given. It has also pained “a significant portion” of existing users who saw the details they provided rejected by the Chinese government’s database, which likely prompted the introduction of a smoother verification via SMS process.

The filing discusses risks associated with the US-floated firm’s business — which includes a range of Internet media, mobile services and Weibo — and cites the possible entry of Western sites like Facebook and Twitter into China as potential threats.

“We expect that as Internet usage in Greater China increases and the Greater China market becomes more attractive to advertisers and for conducting fee-based services, large global competitors, such as Facebook, Twitter, LinkedIn, MySpace, Microsoft, Yahoo!, eBay, Google and AOL may increasingly focus their resources on the market.” 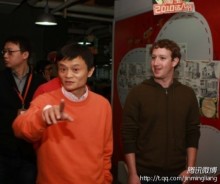 Facebook is rumored to have held talks with Sina’s rival Baidu about teaming up, while its founder Mark Zuckerberg met Alibaba’s Jack Ma and among others in China. Sina anticipates that other firms may also seek local partners.

“Some of these global Internet companies may partner with domestic organizations to penetrate the PRC market,” it says.

Looking to the future, Sina is focused on monetising mobile traffic and further investing in the advertising sales business and product development line for Sina Weibo.

The firm posted disappointing financial results in the last quarter of 2011. CEO Charlies Chao admitted that he isn’t expecting to see profit from its Weibo microblogging service this year, although the firm’s overall ad revenues increased 26 percent year-on-year and further growth is likely.