Sina, the company behind Chinese microblogging service Sina Weibo, is rumoured to be launching an Android-based device that ties into its weibo service this year, according to local media reports translated and cited by Beijing-based Marbridge Consulting.

Sina is reported to have already established a team of 10 that is dedicated to developing the device entirely separately of its weibo department, and a prototype design is said to have already been put forward.

The project is now rumoured to be awaiting the approval of the board, having submitted a budget and plan in addition to the prototype design. If it gets the green light, the team will expand to cover “hundreds of people” in order to get the device released this year.

Like the Salsa and Status devices, that feature a dedicated Facebook button, HTC has already released a China-only Sina Weibo-phone of sorts — the Weike, known as the C510e — but that isn’t enough for Sina. In the same way that Facebook is developing a device with greater customisation towards the social network — codenamed Buffy — Sina is following suit with plans of its own. 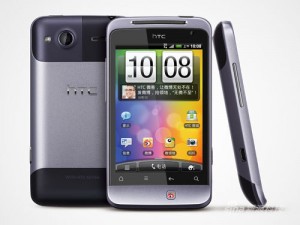 The prototype is said to be a customised version of Android that gives one-click access to Sina Weibo and a range of other supported applications and services. They could well tie in to Sina other features, that include games, group chat and a standalone video services, amongst others.

With the device awaiting executive sign-off before things ramp up, we may hear confirmation from Sina in due course. Or it may adopt the same of approach as Facebook and keeps things quiet, well as quiet as is possible when a social network of millions is plotting to launch a smartphone.

Sina Weibo has more than 250 million accounts and, including its rival Tencent Weibo, China has more than 550 million registered microbloggers. While many users may use both services, the number is all the more impressive given that China has just passed half a billion Internet users.