Moshcam, creators of what may be the world’s largest online catalogue of originally recorded live music videos, has just released its first iOS app to bring its library to mobile devices. The app lets anyone listen to full-length concerts, all of which are recorded in HD with near-perfect audio.

Not everyone’s going to be interested in seeing their favorite musicians live like this, but for true music fans, it’s an awesome way to get a first look, since the videos are far better than what you’d typically find on YouTube. If you’re curious if the site houses any of your favorite brands, you’ll want to check out the full artist list before diving in.

If you’ve heard of Moshcam before, it’s likely because it’s been around since 2007, originally launched out of Sydney, Australia. Since then, the company has expanded to filming in major cities across the globe, including London and NY. 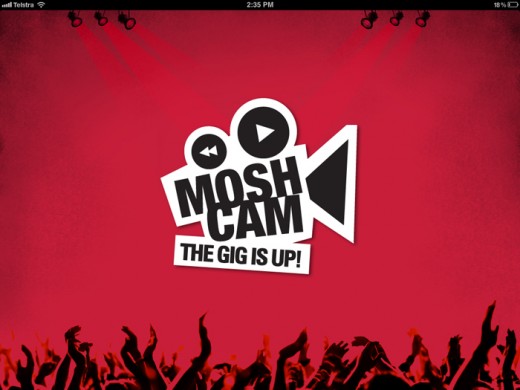 After downloading the app on your iPhone, iPad or iPod Touch, users get 5 full concerts free, and from there additional full concerts cost around $0.99 each. So, even if you’ve jumped ship on the pay-per-song model to Spotify streaming, Moshcam’s prices are still very low. That said, I definitely wish there was a subscriber model at around $10 or $20 per month.

Overall, it’s slick app that makes it easy to watch your favorite artists on the go. If you’re always hunting for live videos or interviews of your favorite bands, this is exactly what you need. 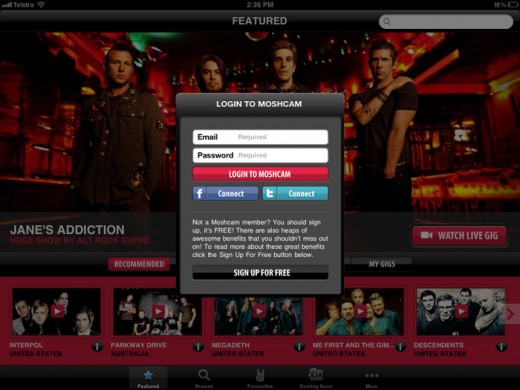 You can learn more about the app via the link below. How do you get your live music fix?